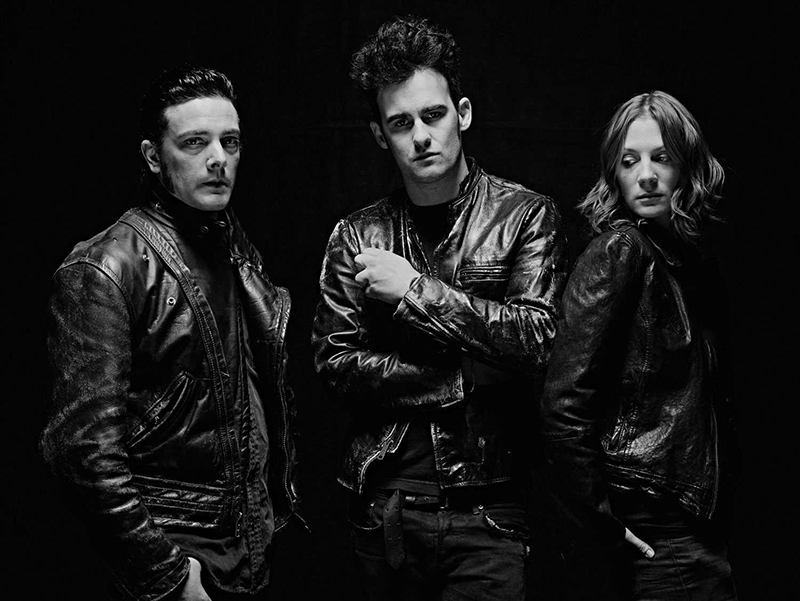 Midsummer 2007, I received a phone call from Harv Hallas, tour manager for Black Rebel Motorcycle Club, asking me to jump on to the last leg of the band’s monumental Baby 81 tour. It was a baptism by fire as I attempted to manage merch sales and act as ambassador to the increasing number of fans who followed the band throughout stretches of the tour. Two months soon stretched into eight months. These were some of the most rewarding and challenging times—not only in my life but also in the life of the band. Crew and lineup changes were the tip of the iceberg; the road yet traveled would bring greater challenges and losses.

The band will return to Utah for the Twilight Concert Series at Pioneer Park on July 23. I’ve kept in touch with them over the years, primarily with bassist/guitarist/vocalist Robert Been. In time, our talk shifts from how the recent horrors of the world are conveyed in such a way that we might as well be talking about last night’s episode of Game of Thrones, to the influence of politics in his writing.

In Been’s teens, however, those feelings didn’t tend to be very political. “When I first started playing guitar, I was just in love with the feeling,” he says. “It was innocently stumbling into something that was an artistic expression of all the different feelings that were going on inside of me.” At that time, there wasn’t a war turning young men into cadavers. As Been grew older, his interests inevitably changed.

“In my early 20s, I started writing angsty, youthful, idealistic [songs] about this and that,” he says, “drunk on the power of youthful, anarchistic music, thinking we could change anything.” Been still thinks music can change the world—he’s just disheartened with the generation he’d be preaching to. “I don’t know whether it’s needed or wanted [or] whether I give a shit at all about what anyone else thinks,” he says.

Experience naturally changes the focus of an artist’s work, and Been is leery of artists who don’t evolve. “I don’t trust artists that only write political songs or ones that never really say a fucking thing that is political or dangerous,” he says. “It’s all about the things that ebb and change, just like anyone growing up.”

Though the topics may change, Been isn’t certain that writing has become easier. He only knows that the process is always evolving and that the expectations he puts on himself have heightened. “We’re throwing in some older, older songs, and there are a lot of elements that I’m in awe of,” he says. “They came so naturally without any interference of thought, but then there are other parts that I would never be able to live with anymore. If I could write them again, I would definitely write them better.”

This sort of thought might be somewhat shocking to those who consider the band’s first two albums to be the pinnacle of their career. “Some people might just want it to be simple, dumb rock n’ roll, which is great, but we need more to get off lyrically now,” Been says.

Last October, drummer Leah Shapiro announced that she needed brain surgery to treat a Chiari malformation and that the recovery would require her to stop playing the drums for several months. We’ve often joked about the BRMC curse, that every album has to have its own tragedy or hardship. “The best thing about curses is that you start getting used to them,” Been says. “You start to laugh a bit more than cry when they happen.”

Been points out that without the difficulties, the various albums would inevitably have formed differently. Each experience has, in its own way, defined what the band is: being forced to record Howl without original drummer Nick Jago; or recording with Shapiro, who influenced a change in the way the group wrote the music; or the impact of the death of Been’s father on Specter at the Feast; or Shapiro’s brain surgery during the latest writing sessions. “I don’t cash in as soon as something bad happens because I’m starting to learn that those unexpected turns can [result] in some of the best things that we’ve done,” he says.

With Shapiro sidelined, Been and guitarist/vocalist Peter Hayes have used a completely different approach to writing material for the next record. “Rather than making the studio the last step in the process, we made it the first,” says Been. With numerous tracks already written, the band now has to decide if the acoustic tracks should be rearranged as full-band productions with a drum kit added after the fact, or if they should remain the way they are.

Black Rebel Motorcycle Club play the Twilight Concert Series on July 23. Been says that, unlike in the past, the band won’t be playing the bulk of the new material at upcoming shows. He’s considering performing one track acoustically, knowing that the album version will probably be a radically different, full-band arrangement. As for the new album, Been suggests it’s a year away.

Dusk threatens as the conversation shifts. But before he goes, Been, like the wise older brother he’s always been, offers a bit of advice: “Keep the fires burning,” he says, “and if you haven’t seen The Kills, you should really check out their Salt Lake show.” The Kills will play the Twilight Concert Series on Aug. 6. Keep up to date with Black Rebel Motorcycle Club at blackrebelmotorcycle.com.