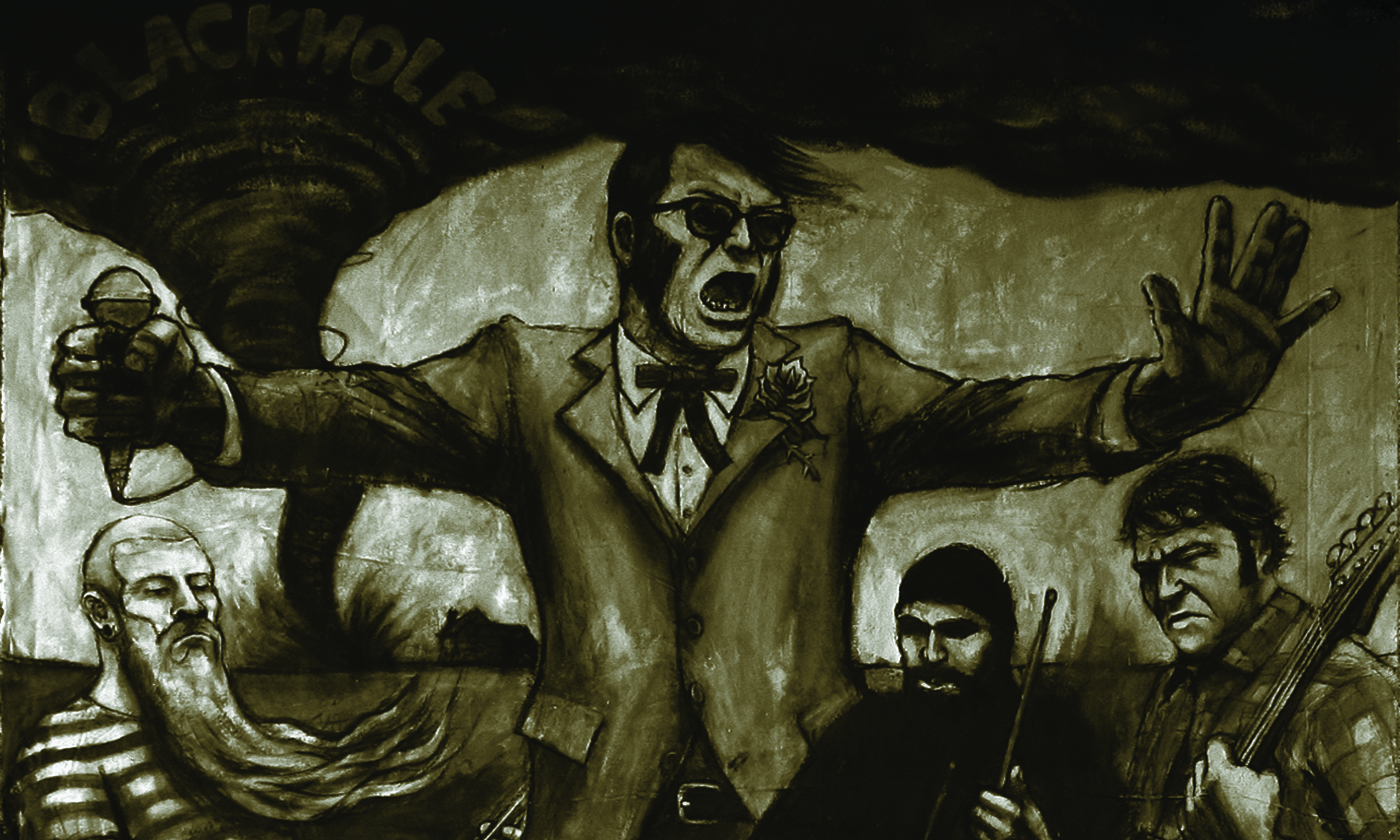 Blackhole started in the summer of 2005 when Dave Styer (ex-the Switch) and Paul Butterfield (ex-Red Bennies) breached the subject of starting a band together. “It was literally a conversation I had with Paul that went like this: ‘Wouldn’t it be great to see Chopper sing for an awesome band? Let’s make one,” recalls Styer. After two years of dedicated practicing and perfecting, Blackhole has released their self-titled album earlier this year to much critical acclaim. “We believe in the 21st Century and are going back to the mid 90s with musical influences like early Touch & Go and Amphetamine Reptile records style of music,” comments Styer. But the real staying power behind Blackhole resides in the fun the tight-knit group of friends have on stage. “Everyone in the band gets along really well and it shows on stage,” says Butterfield. “There is no pretension to making our music … we have an honest approach in which everyone has a hand in the creative process,” Bogart says. “The music has such a good groove,” finishes Chopper.

Currently in the works is another forthcoming album which will be bigger, better, more complete than the last. “We had a lot of experimentation and question marks left open in this last recording … a lot of frequency ranges not filled; the spectrum of the treble is missing. We plan to fill that space up and make [our next album] full,” says Butterfield.

This month Blackhole will embark on a one week tour with the Purrbats, Thunderfist, Subrosa and the Wolfs winding down the lower Midwest culminating in the SLUG Magazine showcase in the Hyperactive Music Festival. “We are totally excited to play and tour [with these bands] out of state,” says Butterfield. This will be Blackhole’s first official tour outside of the occasional one-off to Provo and Pocatello. “One time in Provo we played so loud we blew the venue’s fuses! Another time, in Pocatello, we played so loud that we got kicked out,” says Bogart. Blowing fuses and getting kicked out of a venue for being excessively loud is only the road leading into Choppertown. Live, Blackhole surges and seethes with an expansive breadth that can take out a small Kansas town with the force of its sound.