00:00 / 20:24
Spotify Stitcher
RSS Feed
Share
Link
Embed
Lissie took a different approach and recorded this album with her band, rather than as a solo artist. Lissie originally played with studio musicians, but she says, “I have really honed a sound together through touring the last few years, so it was important to me and just natural that they be on Back to Forever.” It’s not always easy to bring the same attitude to an album that exists during a live performance, but “… the attitude and rock we bring live is present on this album” she says.

Blondes Have More Fun: Lissie Sets The Bar High with Back To Forever 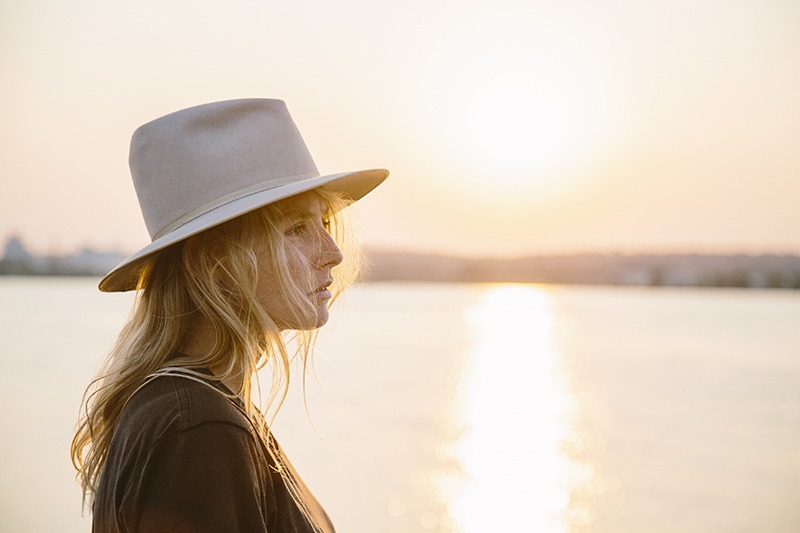 Back to Forever is Lissie’s catharsis. Photo: Andrew Whitton

Let’s start off by saying: Lissie is a complete badass. If you have listened to one of her albums, you know she’s not just another girl from Illinois. She’s passionate, she rocks hard and she loves tequila. At least once a day I put on one of her songs, turn the volume all the way up and rock out like I was at one of her concerts. There may also be tequila involved. I suggest “Shameless” from her newest album, Back to Forever. Side effects may include dancing in front of the mirror and singing into a brush.

Lissie might not consider herself to be a rock star, but she admits, “I never doubted that this is what I’d be doing.” Her unstoppable mindset has resulted in two kick-ass EPs and two full-length albums. You can check them out on her YouTube channel. Her recent masterpiece is Back to Forever, released in October. She took a different approach and recorded this album with her band, rather than as a solo artist. Lissie originally played with studio musicians, but she says, “I have really honed a sound together through touring the last few years, so it was important to me and just natural that they be on Back to Forever.” It’s not always easy to bring the same attitude to an album that exists during a live performance, but “… the attitude and rock we bring live is present on this album” she says.

Back to Forever has done more than successfully incorporate a band. It addresses some pretty universal topics that Lissie’s fans seem to relate to: relationships and romantic experiences. The album stems from a period of reflection and observation between August 2011 and September 2012—it exists as a kind of release from relations and the world. In her downtime, Lissie found herself tuning into NPR: “I was writing lyrics about my reactions, on celebrity workplace satisfaction, the environment! This album has a bit of frustration and aggression in it that I think was just me soaking up the world around me,” she says.

She must be on to something. The album feedback has been streaming in with nothing but positive comments: “… People have said they love it more and more with each listen!” she says. Lissie might recite “America / I am American” in “Mountaintop Removal,” but her success is spreading quickly throughout the U.K. Norway and Germany. National radio stations in the U.K. ignite recognition, but “In the U.S., you gotta tackle each market separately, so it’s not quite as easy if you’re not in the Top 40 airplay charts,” she says. It’s a challenge most bands and artists face, but her spotlight continues to grow—she especially proves herself with her music videos.

Music videos are one of the many ways artist get to show off their personalities and the underlying meaning in their songs. If limitations didn’t exist, Lissie would produce “something big, bold and rustic in nature,” and would include “aerial views of awesome places like Yosemite or Norwegian fjords, [and] groups of people simultaneously doing some activity in the world’s most gorgeous spots,” she says.

While in Europe, there was a sense of urgency to produce a music video for “Sleep Walking.” She capitalized on her love for Norway and her “[appreciation for] its natural beauty … we found a lake in Oslo to center the end scene around,” she says. The “Sleep Walking” music video is a montage of reactions that people have when relationships end, a sensation Lissie’s fans seem to share. “One of the ways involves feeling a bit disconnected with oneself, numb and out of body,” she says. “I liked the idea of people doing things at night without realizing it.”

Speaking of music videos, Lissie has some pretty big video hits from songs she’s covered during her shows. She makes every song her own, but there’s no secret recipe to her choosing methods, “I just cover the songs I like from any genre,” she says. She takes on everything from Kid Cudi to Metallica to Fleetwood Mac. After a shot of tequila, Lissie put Kid Cudi to shame and covered “Pursuit of Happiness” at Brighton Great Escape in 2010. As far as we know, she just finished a new Drake cover, but the rest are a secret. We anticipate some cover performances when she stops by Salt Lake City in December.

She’s looking forward to her first visit to Utah, so get your tickets and let’s show her Salt Lake knows how to party! Lissie’s final show this tour will be in London in March 2014. In the meantime, “I am gonna take a month off around the holidays and get some good family time in!” she says.

Seriously, make sure you get your tickets to her Salt Lake show with Kopecky Family Band. Tickets are on sale right now, and doors open at 8 p.m. on December 3. You’re not going to want to miss a night like this. Tickets are only $18, so dump out your coin jars, put on your rocker pants and meet us there.