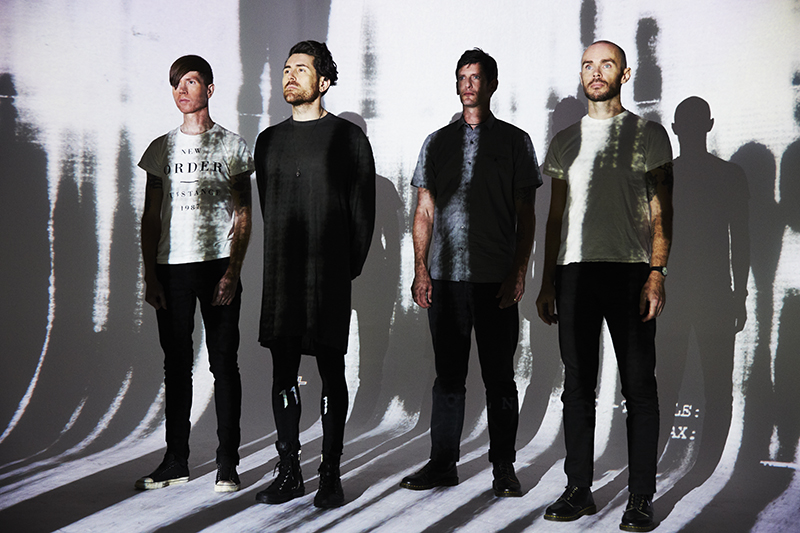 AFI are among the most unclassifiable bands in the 21st century. It seems that with every album, they’ve catapulted themselves into a completely different catalogue, making them unpredictable. That was the general impression from their fanbase during the days leading up to their 2017 self-titled album, aka Blood. Was it going to be a soft album, or will it be heavier? Is it going to be fast or slow, aggressive or laid-back, hardcore or poppy? A band like this has to take pride in keeping their fans on their toes. AFI started as a no-holds-barred hardcore punk band throughout the early to mid-90s. On the cusp of the new millennium, they dosed their adrenalizing hardcore sound’s gothic and horror elements with a more melody-driven approach. They built on those elements throughout the 2000s and rode the wave of emo pop, which solidified them as a reputable mainstream act, despite disapproval from diehard fans. AFI dabbled with alternative and pop rock in the late 2000s and early 2010s, keeping a somewhat low profile until now. “We always try to write stuff that’s interesting to us in that moment,” says bassist Hunter Burgan. “We try to not make anything too contrived or like we’re taking a step back.”

In my album review of Blood, I mentioned that it feels like AFI were drawing inspirations from all areas of their discography—the songs could be catchy and upbeat, and they could be aggressive and even downright chilling at the same time. Burgan says that while it was unintentional, people have stated that the final product did feel like a mish-mash of all their sounds. “I think after recording and touring and playing together for as long as we have, we figured out how to work together really well,” Burgan says. “I guess, through that, we reveal an expression that is ‘true AFI,’ and to some people, it sounds like something we’ve done before.” It’s true. No two AFI albums sound the same, and Blood is no exception—however, it does give a sense of familiarity that invites any and all AFI fans to give it a listen.

Being the main songwriter alongside vocalist Davey Havok, guitarist Jade Puget also co-produced the album with Matt Hyde. “It was a pretty streamlined way of making an album, but it was a good way to directly express the ideas that we started with,” says Burgan. “Having Jade in a production role eliminated the need for a middle man, and since he has such a personal relationship to Davey, it was easier to get such a strong vocal performance from him.”

While AFI maintained a strong studio presence they haven’t been on the road as a band since 2015. Each member kept busy with other projects: Havok and Puget formed their straight edge hardcore band XTRMST and electronic darkwave act Blaqk Audio, and Burgan teamed alongside My Chemical Romance‘s Jarrod Alexander in Matt Skiba and the Sekrets.

AFI’s breakout performances in 2016 were two radio shows in December that served as a way to ease back into their performance. “We did okay for those shows, considering that we didn’t play in almost two years,” says Burgan, “and because of that, it will be easier to jump right into this tour.” For really short radio shows, AFI didn’t have a lot of room to create an extensive setlist that promoted new tracks and include fan favorites. However, Burgan assures that their current tour will feature a handful of songs that haven’t been played live in years. “Doing the radio shows that were 20 to 30 minutes, we couldn’t fit in obscure songs for the hardcore fans,” says Burgan. “We’ve already worked out a setlist for the first part of the tour, which will change over the course of the tour, and not to name names, but there are some songs that we haven’t played in a long time.”

AFI hit The Depot on Jan. 25, and you can expect an intense performance from all areas of their discography. It’s time to release your teen angst again and party like it’s 2006!