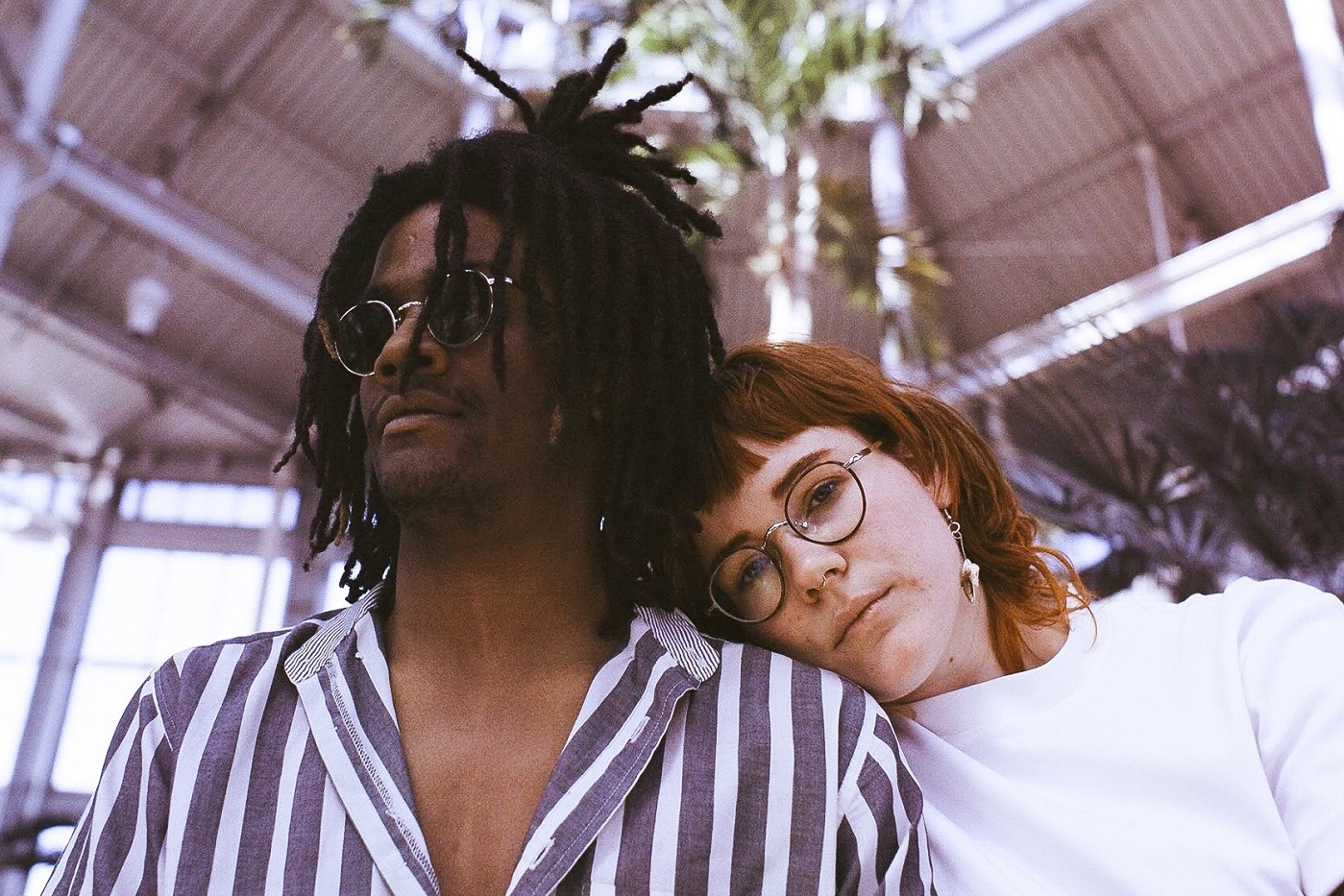 Cardinality Gives a Look into Everyday Spirituality with Their Debut Album

A new musical duo, Cardinality, wants their listeners to experience the “holiness of every day,” by glimpsing into the artist’s daily lives with their self-titled debut album. AG Himself and Ty Sorrell make up the duo, with AG singing and writing and Sorrell making beats and rapping.

“I picture it kind of as … a very intimate view into not only Ty and I as individual people, but as like, into our relationship itself,” AG says. “It’s like getting into the window of our living room.”

Cardinality describes their sound as “dark gospel,” which they say is a genre their artist and musician friends developed. They say the genre comes from people who grew up with deeply religious backgrounds, but have since strayed from those teachings. They say anyone who is discussing this duality between religious teachings and conflicting life experiences in their art is dark gospel. “The window into the holiness of every day, to me, just feels like a glimpse of some of these things, these lessons, these teachings, these symbols and like, just kind of seeing that scope. It allows people to see that, but with us as an example,” Sorrell says.

AG says he wants people who listen to the album to come away with the same feeling they both had while creating it. Making the album was a journey for Cardinality, so listening to it should feel that way. In addition to that journey-like feeling, Cardinality feels peaceful to AG. “I guess, to me, the album feels like the feeling that I get when I’m in a quiet place, like outdoors and I’m just observing,” AG says. “The feeling of observation and the feeling of also peace.”

“It’s like getting into the window of our living room.”

Cardinality blends deeper and darker lyrics about spirituality with smooth lo-fi and electronic instrumentation to create that serene feeling. Even with this distinct sound, Cardinality says they were not going for any specific genre— they were simply making music that sounded good to them. When they started making music, AG was singing and Sorrell was rapping, but when they listened back to the album, they found a lot of different genres interloping within.

The band itself didn’t form intentionally either. The two first met while Sorrell was living with a mutual friend of theirs, and they eventually developed a relationship out of that. The formation of Cardinality just happened one night as Sorrell was making a beat and AG joined in.

“We moved in together a few months after we started seeing each other,” AG says. “And then we were just hanging out one night, and Ty had been trying to get me to make music with them for ages. … And then one night  Ty had this beat that I liked and I was like, ‘let’s just do it. Let’s make a song.’ And then we did it and it was really, really fun.” While AG and Sorrell didn’t set out to say any one specific thing at the beginning of its production, they say it became a declaration of their relationship and who they are as individuals.

While the full album was completed over time, AG and Sorrell tend to write and record an individual song in just one sitting. For them, it’s unusual to have the writing and recording process for any given song last longer than a day.

“Music speaks to you and then you speak to it, you know what I mean? And that kind of becomes our writing,” Sorrell says. “So  I think that hearing certain things at the right time that trigger a response and like, acting on that response is just important, and just listening to that intuition to write at that moment, you know?”

AG and Sorrell both grew up in musical families and have been musicians since they were children. The creation process for Cardinality, though, pushed them both to grow as artists. For Sorrell in particular, it made them “put on different hats” that they hadn’t before while making music.

“I also kind of had to hear what he [AG] had to say and how he felt, because again, that may not be the best way for everyone,” Sorrell says. “It was really just based off of … feeling just like, ‘Hey, like how do you feel about this?’ … and when it’s all right and everything is right, it happens.”

Both AG and Sorrell are members of the Virginia-based music collective Tribe Ninety Five and say many of the influences for Cardinality came from others in the group. One member, ALFRED., was particularly influential and even has an uncredited feature and made the cover art for the album. AG was also influenced by his own experiences with mental health, being trans and finding spirituality through self-acceptance.

“Music speaks to you and then you speak to it, you know what I mean?:”

Cardinality’s debut is also going to help out the Richmond Reproductive Freedom Project, which provides support for abortion services and fights for reproductive rights in Virginia. Cardinality is donating by releasing their album through Grimalkin Records, who give all proceeds from their cassette sales to a grassroots organization or mutual aid collective of the artist’s choosing.

After the release of Cardinality, the duo says they aren’t sure what’s next for them, but still definitely want to make music together. “We’ve kind of taken a harsh break with Cardinality because I was away working a job out of town,” AG says. “We live together and we enjoy each other’s company and each other’s people. So we definitely have plans to continue.”

Cardinality may have had loose intentions when they started their debut album, but the end result is a calming and thoughtful look into simple instances of divinity. This album is a beautiful example of how spirituality can exist separately from organized religion, and how that presents itself in everyday life. Cardinality asks its listeners to embark on a spiritual journey themselves, and that journey is available now. As the closing lyrics of the album’s first track ask, “Are you ready?”