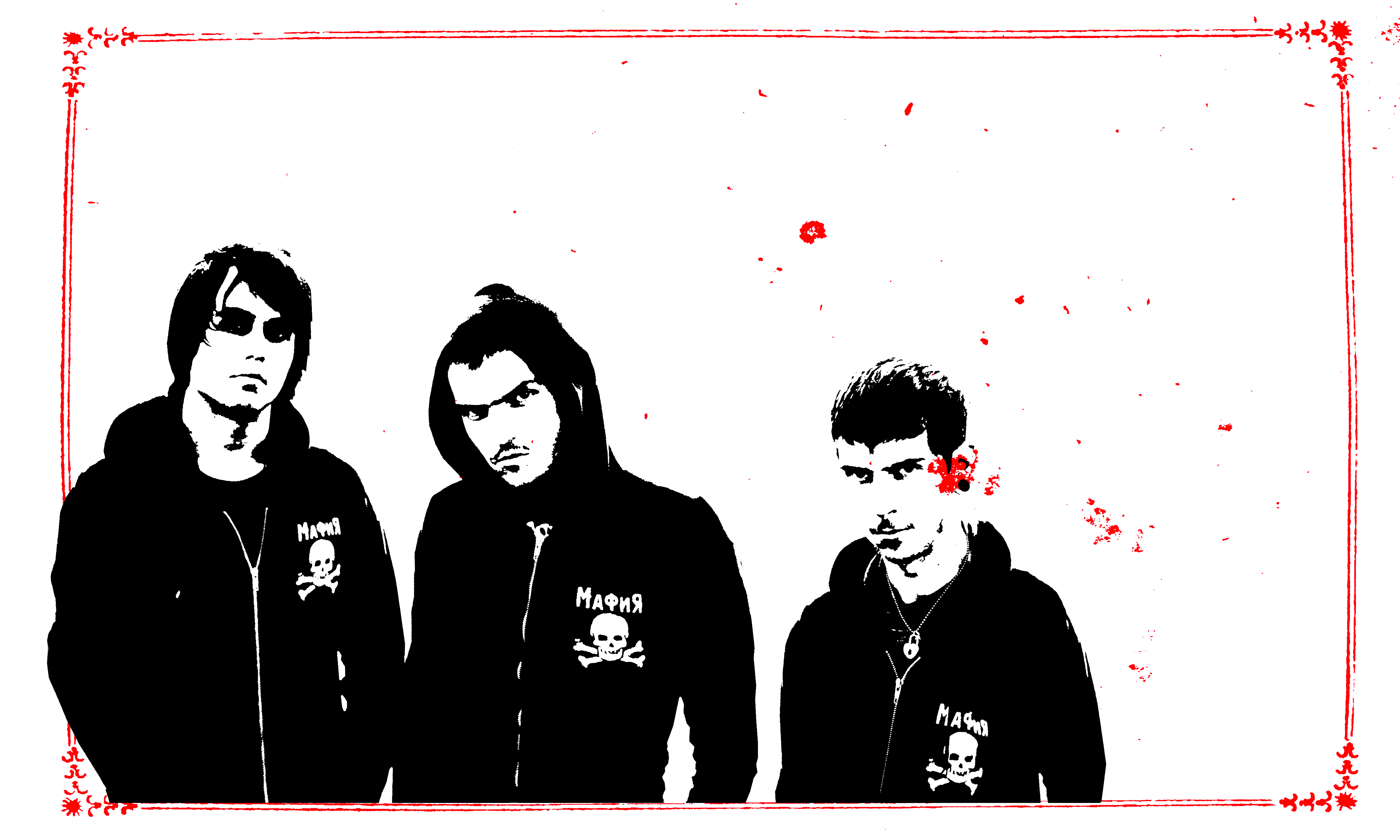 Chasing Cuban Ballerinas with Chicken from Dead to Me

Everyone has that album that brings them up when they’re feeling down. Dead to Me‘s Cuban Ballerina is that kind of album. It has the perfect kind of energy to put a smile on your face and get you jumping around like an idiot. Even though the lyrical content deals with depression, drug abuse and the loss of a friend, the bounciness and catchiness present in Dead to Me’s music emphasize the hope that underlies those dark themes. I spoke with the man known only as Chicken, bassist and part-time vocalist of Dead to Me, about both the dark side of the band’s music and the surprisingly uplifting way that they present it.

Chicken formed Dead to Me with vocalist/guitarist Jack Dalrymple and guitarist Brandon Pollack shortly after he got out of rehab. Jack and Brandon‘s former band, One Man Army, had recently split up after playing a major part in the San Francisco area’s punk scene for years. Even though Chicken was starting a band with a couple of guys who had an established reputation and were well-respected, he didn’t feel any pressure to make Dead to Me a One Man Army clone. “I really felt a lot more privileged than intimidated. Those guys made some of the best music in the Bay Area and I’ve always loved Jack’s voice, so when he joined the band and he turned out to be a really cool guy and he became a really good friend, it didn’t even matter that he was in One Man Army.” Dead to Me continues in the grand tradition of bouncy Bay Area punk bands like Crimpshrine and Green Day while managing to maintain a modern edge. Brandon has since left the band and Chicken’s cousin and best friend Ian (no last name required) rounds out the lineup on drums.

After spending over five years as the mail-order guy at Fat Wreck Chords, Chicken has finally made music his full-time gig with Dead to Me. “We never expected any of this to happen, to be able to go out on tour and bring our music to all these people, but it’s always been what I’ve wanted to do.” Though Chicken now enjoys all the luxuries that come with the touring punk rock lifestyle (bad food, shady promoters, etc.) his life was not always so ideal. “Before Dead to Me, I had a stay in rehab, so when I got out I decided that I was going to start living my life the way I wanted.” Songs like “By the Throat” and “Cause of My Anger” portray people in the deepest depths of addiction and depression, but on album-closer “Visiting Day” it’s clear that Chicken has come to terms with his past and he’s leaving it behind.

The theme of living one’s life to the fullest is present in every facet of Cuban Ballerina. From the hopeful lyrics to the inspirational quote from Eldridge Cleaver contained in the liner notes, Dead to Me makes it clear that they’re a band that follows their dreams and thinks that others should do the same.

Even the title of Cuban Ballerina reflects this sentiment. “I saw this show on the Independent Film Channel about love lost, and there was this one dude, an elderly Cuban gentleman, who was sitting on an airplane telling this story.” Chicken went on to explain the man’s story. He fell in love with a wealthy Cuban ballerina, but eventually ended the relationship because he thought that she would never accept him because he was poor. He married another woman, but always wondered what might have happened to the one that got away.

Chicken saw this as a metaphor for all those dreams that people have that they never pursue. “I’ve got all these friends who say ‘Oh, I wanna be a writer’ or “I wanna be an actor’ but they never do anything about it. They just daydream about it and get a weird high off of it. When I started Dead to Me, I decided that this was my ‘Cuban ballerina.’ I would always talk about starting a band and touring around the world with my own music, but after I got out of rehab I decided that I was really gonna do it.”

You might get the idea that Dead To Me is some kind of sappy inspirational band more apt to play self-help seminars than sweaty punk clubs, but their music makes it clear that punk rock can be about more than hating everything and everyone around you. Sure, they’ve got the requisite anti-war songs and combine their poppier sensibilities with some of the more aggressive elements of punk, but it doesn’t make their message any less important. So if you hate your job, quit it. If you’re in a relationship that’s holding you down, end it. Go listen to Cuban Ballerina and start living your life the way that you know you should.

Dead To Me will be playing with The Loved Ones and local openers Calm Before the Crash and Loiter Cognition at Kilby Court on March 7th.