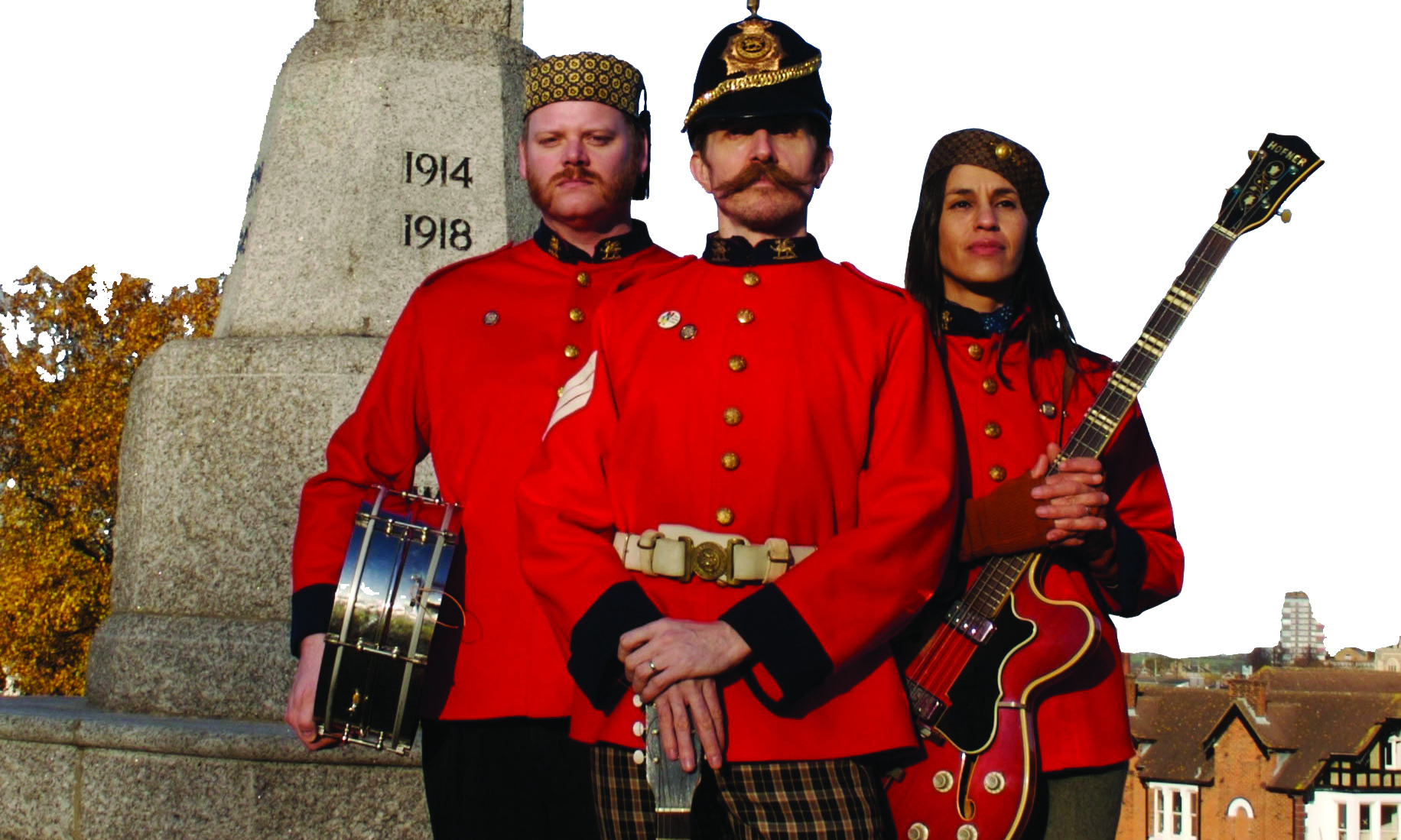 Some people are just inexhaustibly creative. Billy Childish is one of those people. He is maybe the most prolific man in the history of rock music. Starting his career in the late 1970s with the Pop Rivits, Childish went on to play in several English bands, including Thee Headcoats, The Mighty Caesars, Thee Milkshakes and The Buff Medways. He also recorded with Sexton Ming, The Black Hands and half a dozen others—a feat resulting in Childish releasing more than a hundred albums. Not content with simply playing music, he has also published collections of poetry, written three novels and forged a career as a painter and wood cut artist. Despite his fertile existence in the art and music worlds, mainstream success continues to elude him. Still, to many he is a legend—the godfather of modern garage music and the personal savior of Rock n Roll. Childish was kind enough to talk with SLUG about his recent musical past, his new band and the problems associated with celebrity.

The Buff Medways called it quits last year, just as many thought they were hitting their artistic stride. Childish blamed their demise on time constraints, and on his own constant need for renewal. He said, “We’d already been playing for four or five years, and it’s always good to take a break; it’s always good to have a fresh start.” Childish and Buffs drummer Wolf Howard reemerged last fall with The Musicians of the British Empire. Their debut single, “Punk Rock at the British Legion Hall” was released in November, and a full-length album with the same title came out the beginning of April. Childish considers this band a continuation of his past projects, though the inspirations differ from his other bands. Childish explained, “We were always into black R&B music, and early British R&B music is probably a primary influence, but we do have little stabs in other directions, and I suppose that one of the influences on the new album would have been Thee Headcoats.” Thee Headcoats are an odd influence because they’re a band that Childish actually played in, and are considerably more punk rock than his more recent bands. He continued with his description, “It’s Headcoats and a bit more punk rock. The group is ambling along in the same area as normal…we pretty much stay in the same territory—which is raw, real basic R&B punk rock music.” The key words in that response are raw and real basic; Childish is famously primitive in his approach to music. He explained, “The most important thing to us is sound and performance; we’re small scale. We’re not a stadium group and we don’t try to be. That’s our key.”

It is this primitive approach to music that has led both to Childish’s fame and his obscurity. He is unwilling to become a pop star, because that would mean leaving behind the authentic, unpolished sound that he deems so important. Childish explained, “to want to be a pop star you have to have a big ambition, and to want to have a good sound you have to have a big ambition…you’re either into the music or you’re into being a pop star; you can’t have both—you can have whatever you want, but not everything you want.” All too often, musicians will pick pop stardom over musical integrity. They are easily “beguiled by fame and fortune. Those things seem to be really seductive, because people need adoration…and we don’t bop with that.”

The whole idea of celebrity is lost on Billy Childish. Having been linked to famous British artist Tracy Emin, Childish was offered a chance to appear on the BBC television version of “Big Brother.” He turned it down, mostly because it represented everything he hates about fame. He spelled it out thusly, “people want to be a celebrity; they don’t actually want to be good at what they do…they’re concerned with this ungrounded, gaseous nature of the world—a fantasy world which has got nothing to do with reality.”

His disregard for celebrity has lead to some rather sticky situation. In the March 2006 issue of GQ, Childish was quoted as not being a very big fan of The White Stripes. This set off a series of events that led to some fairly heated exchanges between Childish and Jack White. While Childish doesn’t hold a grudge against White, he insists that this pseudo-feud underscores the problem with modern celebrity. He explained, “The problem happens when people identify what they do as who they are. Then people can get a little too sensitive…they take things on the personal level, when really it’s not about people—it’s about things people produce; we can all disagree with those things if we’d like.”

Even though mainstream celebrity continues to elude Childish, he still garners the respect of many—respect that comes from dealing with the “dirt, earth and muck” of reality. So what is Childish’s secret to gaining the respect and admiration of others? It comes from respecting yourself and respecting the medium with which you work. Childish finished our conversation by saying that everyone needs to be “respectful toward yourself and your little game. And my little game is making music and trying to have authenticity and respect for myself and the thing that I work with, regardless of whether they’re worthy of it or not.”