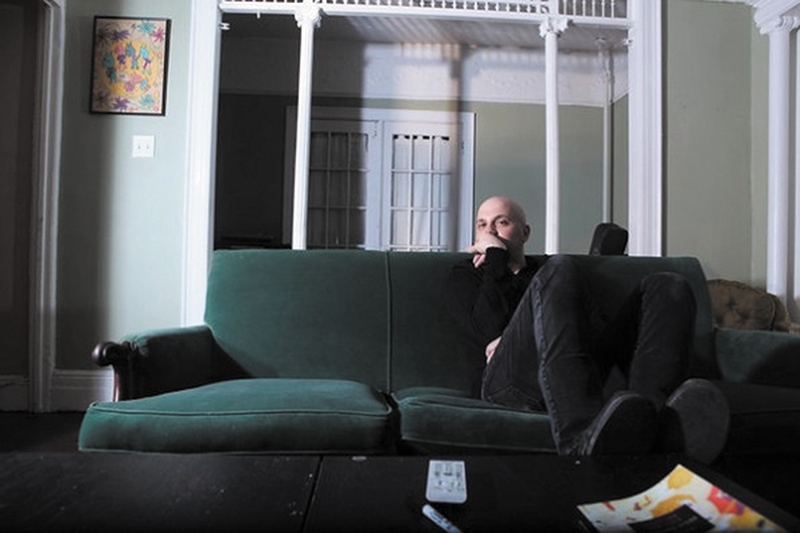 Since its inception in 2008, Captured Tracks has grown from a small, independent music label based in Brooklyn to a sonically diverse, aesthetically vibrant vision for the state of millennial music. From the pop dreamscapes of Wild Nothing and Beach Fossils to the avant-garde, post-punk noise of groups like The Soft Moon and Perfect Pussy, the label—under the direction of its founder, Mike Sniper—has been the vanguard of this generation for nearly seven years. Today, with a full roster, Sniper has his sights on an even more expansive assembly of sounds with label group Omnian Music Group.

Captured Tracks’ stellar track record seems to stem from the environs of Sniper’s life: working in record shops and operating indie labels. Having worked in places such as Midnight Records in Chelsea and Academy Records (alongside Sacred Bones founder Caleb Braaten) and with a variety of indie labels, Sniper appreciates musical diversity. “It makes me more open-minded about music in general,” Sniper says about working in record shops. “You kind of get sick of the same shit. If somebody is playing the same shit for eight hours, you just want to blow your brains out.”

After releasing records by his project, Blank Dogs, on friends’ labels (Troubleman Unlimited and In the Red Records) and suggesting bands for them to sign, Sniper asked himself, “‘Why am I not doing these records?’” Around the same time, the power-pop reissue label he was co-running, Radio Heartbeat, was feeling aesthetically constrictive. “I was a lot more ambitious,” he says. “I took all of my rare power-pop records and I sold ’em on eBay.” With the $15,000 that he earned, Sniper was able to fund Captured Tracks’ first releases.

Early artists who released records on Captured Tracks included Dum Dum Girls, Thee Oh Sees and Woods, though it was Sniper’s signings of new artists that garnered the label lasting acclaim. By the spring of 2010, the label’s trendsetter reputation was set by two debut albums. “[Wild Nothing’s debut LP] Gemini and the Beach Fossils’ first album were both released on the same day, which was kind of crazy,” Sniper says. “They kind of launched the label.” New signings—including The Soft Moon, Blouse, Craft Spells, Soft Metals, DIIV and Mac DeMarco—are what Sniper refers to as the label’s “homegrown talent,” bands that have released exclusively with Captured Tracks. While the roster is a diverse representation of contemporary indie music, each of its artists is connected via the label and by a dedication to the label’s own community.

Rather than fall into the same rut of aesthetic limits that befell Radio Heartbeat, Sniper has expanded beyond Captured Tracks and created his own label group—Omnian Music Group—in June of 2014. Inspired in part by Beggars Group (the label group that includes 4AD, Matador Records, Rough Trade Records and XL Recordings), Omnian represents a collection of labels who are aesthetically diverse yet share a common spirit.

“Starting Omnian Music Group is a way for me to expand my artists and the kind of music that I work with without diluting Captured Tracks,” he says. Omnian is currently home to nine sister labels with unique beats. In addition to Captured Tracks, there’s Manufactured Recordings and Body Double Ltd. for reissues; Fantasy Memory for avant-garde releases; Seattle/NYC–based Couple Skate; 2MR, Sniper’s electronic label with Mike Simonetti; legendary New Zealand label Flying Nun Records; Squirrel Thing Recordings, dedicated to nearly lost recordings; and Sinderlyn for anything else.

Sinderlyn, in particular, is a good example of how a label under Omnian functions in relation to Captured Tracks. Sniper says, “Our roster on Captured Tracks is full, so I developed Sinderlyn as a way to start working with more artists and also not dilute Captured Tracks by signing a ton of bands to it. It’s not a sub-label [to Captured Tracks]; it’s a sister label.” The goal of Omnian is not to splinter Sniper’s roster but to strengthen each branch of the family. One of the benefitting factors is that the group’s resources, staff and branding are shared.

In addition to pressing Captured Tracks releases on vinyl, Sniper has also used the label and Omnian imprint Manufactured Recordings to reissue neglected albums from bygone years, from bands such as Medicine, The Wake and Saâda Bonaire. For Sniper, though, vinyl isn’t an obsession—it’s a preference. “The vinyl resurgence to me doesn’t mean anything,” Sniper says, “because it never went away. To me, it’s just another format. I’m just excited if people are interested enough to consume music in any kind of way at this point.” Vinyl is less about the format and more about the experience, according to Sniper. “Going someplace, talking to someone about music, getting a recommendation, listening to it at a shop and then buying it,” he says, “is more what [vinyl is] about and then having that object, remembering that purchase and listening to something where you don’t have the option to just change your mind and skip to the next track. Hopefully, at least, you’re engaged in it more.”

Pick up a Captured Tracks release from your local record shop this Record Store Day, or any day of the month for that matter—their vinyl spins year round. Find out more about Omnian Music Group at omnianmusicgroup.com