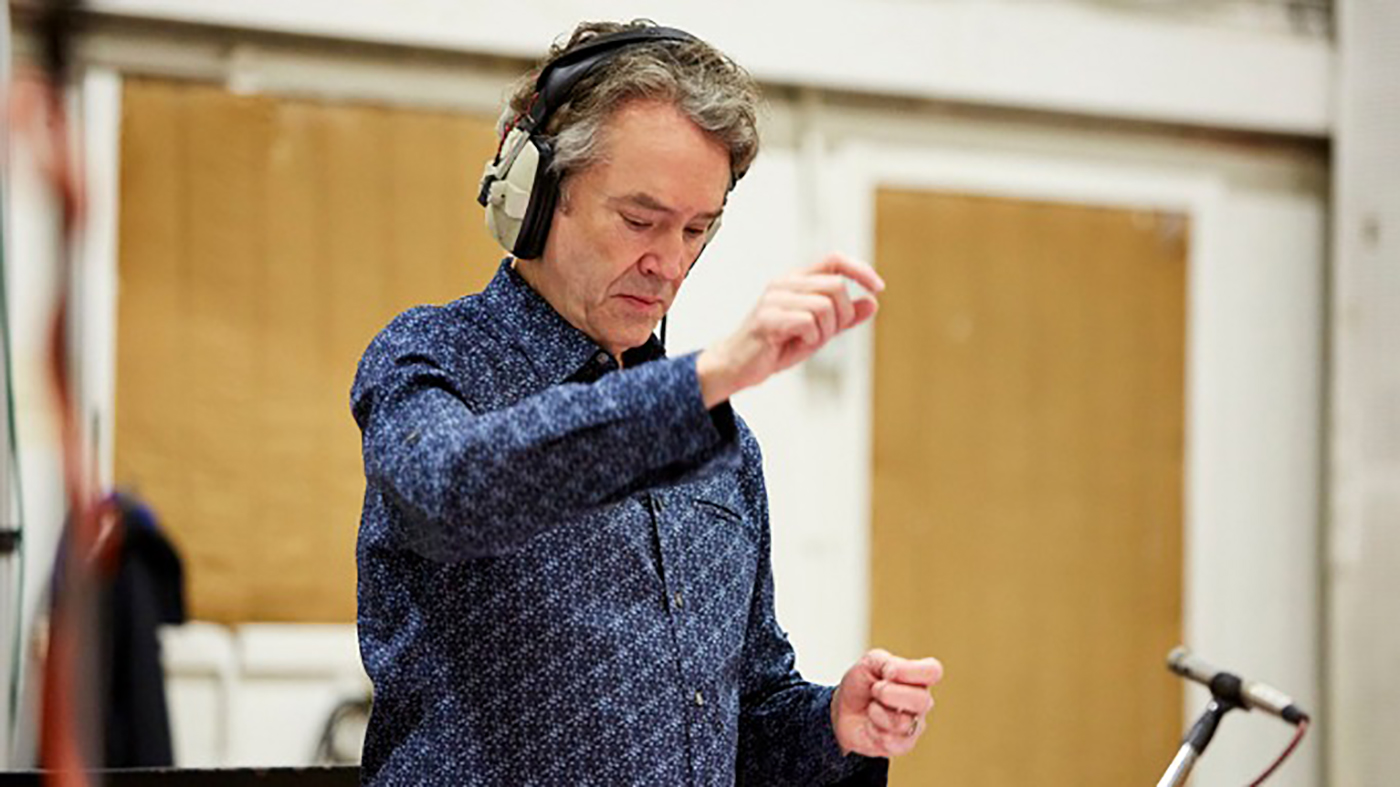 Whether you realize it or not, you’ve heard Carter Burwell’s scores. The prolific composer’s filmography spans 37 years and includes Raising Arizona, A Goofy Movie,  Being John Malkovich, A Knight’s Tale, Rob Roy, Twilight, The Blind Side and Seven Psychopaths. Burwell’s most recent projects are the hot AppleTV+ series The Morning Show and The Tragedy of Macbeth for A24 and Apple Original Films. But this illustrious icon of film music never planned on composing music for the movies.

“It was honestly kind of by accident,” Burwell says. “I was playing in bands […] in New York City, back in the ‘80s.” Burwell was playing in various bands, doing mostly experimental pop music and venues like CBGB (a trendy club in Manhattan’s East Village). Some of the music was instrumental, and a friend who was working as a sound editor asked Burwell if he might be interested in scoring a feature film.

“As a general rule, when people ask me to do something that I haven’t done before, I say yeah, sure,” Burwell says. “And so he introduced me to the Coen Brothers, and this was their first film, Blood Simple.” The film was a resounding success, and it propelled writer-director duo Joel Coen and Ethan Coen into legendary careers, and Burwell has since collaborated with the brothers on all but two of their 19 films. That’s in addition to working with other acclaimed directors such as Spike Jonze and David O. Russell. But when he was asked to score The Morning Show, he had one simple question: why me?

“If you know my work it’s mostly dark, or dark humor,” Burwell says. The Morning Show stars Jennifer Aniston as Alex Levy, the anchor of a popular Today Show style morning news program broadcast from Manhattan. When Alex’s seasoned co-anchor, played by Steve Carrell, is fired amid multiple allegations of sexual misconduct, he is replaced by Bradley Jackson (Reese Witherspoon), a scrappy, Southern conservative. The show’s creator had confidence that Burwell was the right choice to find the humor in the situations created by these characters. Burwell went with a jazzy, sophisticated sound, in contrast to the show’s characters.

“These people are not sophisticated, and they’re not cool, “Burwell says. “They are in fact exactly the opposite. But the music plays the way they think about themselves more than it does the way they actually are, and there’s some humor in that, too.”

When Burwell’s old friend Joel Coen got in touch with the composer about his latest project, the difference couldn’t have been more stark. Coen was tackling The Tragedy of Macbeth, one of William Shakespeare’s darkest and most iconic plays, which would star Coen’s wife, three-time Oscar winner Frances McDormand, and two-time winner Denzel Washington.

Where Burwell was used to the rhythms of a Coen screenplay, this was something different. “I can often read one of their scripts and say ‘Oh, I guess I’m going to have music here’ because there’s a page with no dialogue in it,” Burwell says. “But Shakespeare, of course, didn’t work that way. So there wasn’t a lot of space. It’s really very dense with dialogue, and fantastic dialogue, obviously. So one of my first questions to Joel was what are we going to do? Is the music going to play under dialogue, which is something we don’t do that much. It’s common in filmmaking, but it’s not common in our films.”

Burwell and Coen would eventually decide that their Macbeth would not be a tale filled with sound and fury but that the dialogue would essentially act as the melody, and the score would serve to accompany it. This led Burwell towards working in the lowest octaves of the orchestra, relying heavily on cello and bass with minimal brass. “That wouldn’t interfere too much with the dialogue,” Burwell says, “And also it would be good at playing the darkness of a very, very dark story.” Burwell does admit that there were two other motivations for his choices in instrumentation: the score was recorded during the height of Covid-19 and stringed instruments (as opposed to woodwinds) allowed for an orchestra to wear masks at all times. Cinematographer Bruno Delbonnell’s atmospheric black and white imagery also brought a personal favorite, Alfred Hitchcock’s classic Psycho, to the forefront of Burwell’s mind.

The Morning Show, which just finished a knockout second season, and The Tragedy of Macbeth are unforgettable entries in a spectacular career, and it’s anyone’s guess what Carter Burwell has coming next—he confesses that a classic science fiction score is on his bucket list—but what’s certain is that it will be something for lovers of film music everywhere to enjoy.