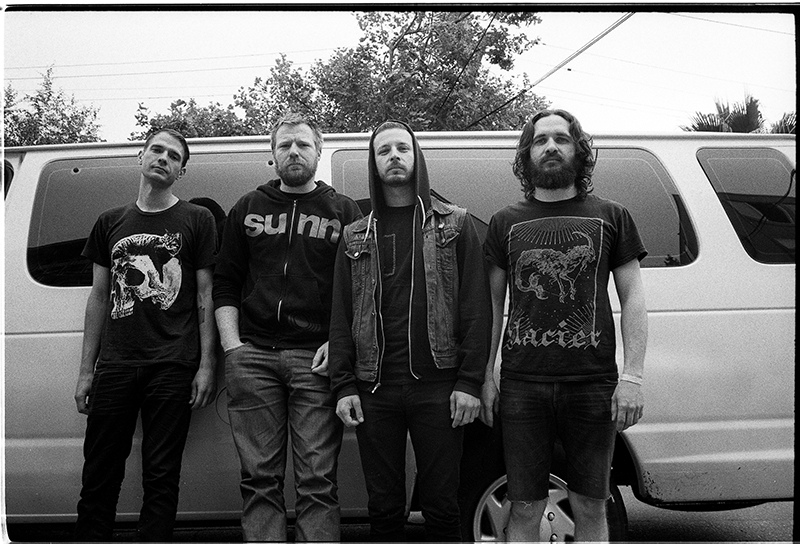 Conquering the Road with Cult Leader

Touring takes as much creativity, endurance and bravery as does making art in the first place. When the vast majority of bands are dependent on the fresh blood from new fans and promoters that they gain when they hit venues in unfamiliar cities, understanding how to be successful at touring can become a vital tool in a band’s toolbox. It is an experience unto itself, and so we must turn to the veterans of the road to learn the secrets of conquering it.

Between the four of them, the members of Cult Leader have almost half a century of experience touring both the United States and Europe. They’ve dealt with and overcome numerous obstacles in their quest to bring their music to the fans. Because so many different things can happen on a tour, it’s almost impossible to plan for every eventuality. Vocalist Anthony Lucero says that the biggest key to success is understanding that you will run into conflict at some point no matter how much you plan—and to weather it, you have to be thoughtful and adaptive. “Every situation is different,” he says. “Any member of any band can have any type of breakdown, or lose your shit, or you’re having trouble at home and you can’t control it. Every situation is unique. Try to deal with them as their own, unique situation. It’s super difficult, but if everyone is there for the same reason, then it becomes a lot easier to basically either help if you can help, or give space if they need space.” Learning when you can and cannot help a bandmate is also an important part of that process.

Establishing a reputation as reliable, friendly people will also go a long way on a dark night—or, as Lucero calls it, the “don’t be a little shit on tour” rule. “Treat everyone with respect, but stand up for yourself,” he says. It’s not just venues or promoters that will stop working with a shitty, irresponsible or destructive band—scene people won’t want to offer you a hot shower or a place to sleep, and bigger bands will kick you to the curb next time they have an opening spot. No matter how tired and stressed you get, remember: Professionalism will never make things worse.

On page 2, discover Cult Leader’s top touring advice—like why it’s important to always have some solid headphones and a killer gig outfit.