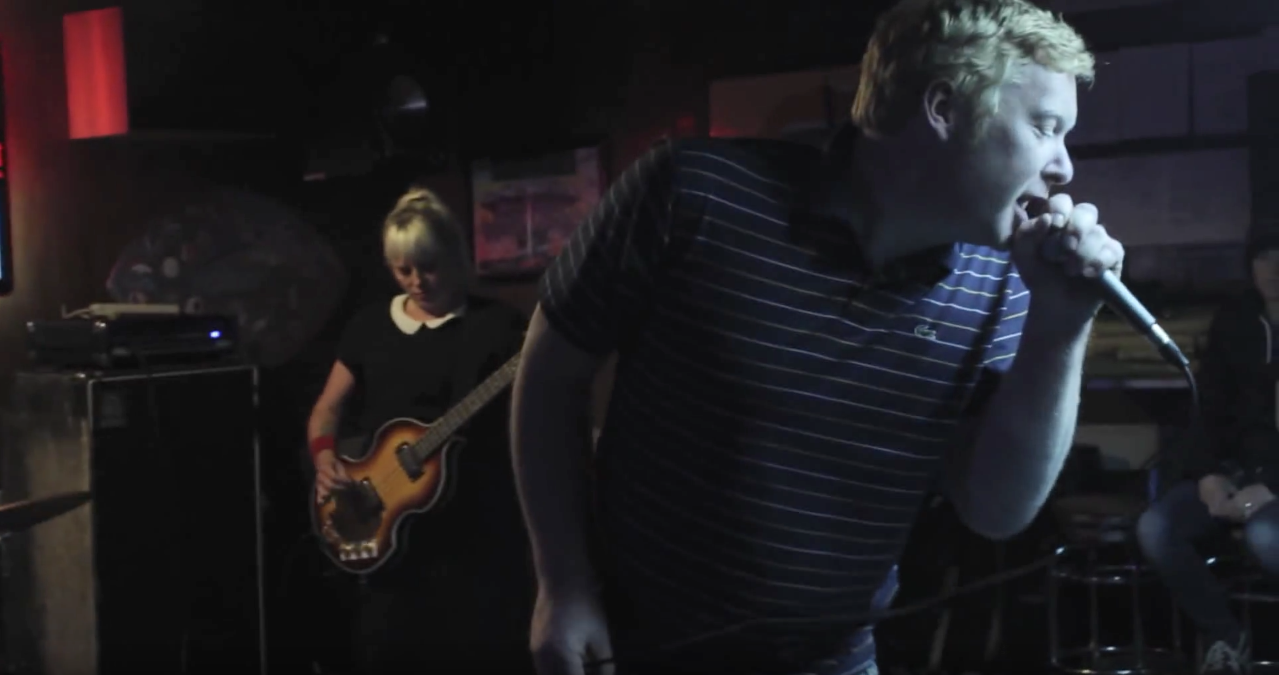 Night of the Living Dead Bod

Tonight, Diabolical Records will be hosting the official return of the band Dead Bod after a two-year hiatus. At the show, they will also be releasing a self-titled EP containing the only four songs ever recorded by the band.

The sheer brutal and raw energy of the Dead Bod EP is absolutely astounding. These cats capture a moment of punk history defined in L.A. between 1978 and 1983 and bring it back to light for the contemporary listener. It should not a surprise, then, that such a stunning delivery can only come from some of Salt Lake’s finest musicians. This company of outlaws boasts the familiar faces and talents of Dustin Yearby, Terrence Warburton, Shaun Sparks and Natasha Sebring, who each have distinct roots in the Salt Lake music scene. Prior to this interview, I was rather familiar with Warburton’s presence in some of Salt Lake’s more notable acts like Red Bennies and Beat Hotel. Yearby, on the other hand, I had known only as the proprietor of the record shop Rock City—famous for its slogan, “Making Salt Lake Suck Less”—and through his reputation as an enthusiast of punk rock.

The members of Dead Bod have all been friends long before the formation of the band. “I worked at another store called Raunch and I knew Terrence from there,” says Yearby. “I would see him buying records.” Such a mutual love for music it seems would only inspire a fateful line. Dustin and Shaun had played together before in Chinese Stars in 2002–2004, but this project would be the first time the four of them would team up—but with Dead Bod, it only seemed natural. “Dustin called me, says Warburton. “I bugged Dustin since he moved back from Seattle or New York or wherever it was. One day, he finally called me and said ‘lets do it.’” Once Yearby made that phone call, the band that would become Dead Bod began to take shape. “I don’t want to take all the credit for it,” says Yearby, “but I think it was my idea, piecing it together. Terrence, guitar player; Shaun, drums; Natasha, bass.” With a cast of musicians who could get along, Dead Bod formed in 2011 and soon played their first show. They maintained a presence in the Salt Lake’s music scene until 2013 when they took a hiatus. The break was not premeditated, but rather spurred by uncontrollable life events—one being that their practice space was robbed.

However, before taking their break, Dead Bod had recorded the Dead Bod EP during the summer of 2012. The four tracks are a fast and raw assault, perfect for any lover of no-bullshit punk rock. Speaking of Dead Bod’s no-frills punk sound that invokes the 1979–82 L.A. punk scene, Warburton says, ”I didn’t want to make anything that sounded directly like any of those things, but wanted to make it sound like it belonged in that space and time. It was really easy for me, because I love that shit.” When one listens to the Dead Bod EP, one cannot mistake that influence. Tracks like “Lifes Out” evoke an Angry Samoans–inspired sentiment—“life’s a big bitch.” “I think if you were to dig into the deeper meaning of ‘Like Wow,’” says Warburton, “it’s about being underwhelmed all the time.” Though the theme might be simple, Yearby hints at the subtlety of the song. “It’s just your typical cynical stuff,” says Yearby, “but [it’s also] trying to find a glimmer of hope in that cynicism.”

Unfortunately, these recordings had been sitting idly during the band’s hiatus and therefore weren’t able to infect new and old fans with its intense sound. Luckily for you, Sparks decided to get the band back together, catalyzing the reunion of Dead Bod. The reunion felt natural for the members of the band and everything seemed to fall into place. “When we came back together it was pretty easy and fun,” says Yearby. ”It’s a fun group to hang out with.” Though the band hadn’t been playing together, they still managed to stay in touch and hang out. “I spend a lot of time with [Dustin and Natasha], and I’d probably spend a lot of time with Shaun too,” says Warburton. With the band back on track it was time to have the 7” EPs pressed and then, to top it all off, have a release show to celebrate.

On Nov. 25, Dead Bod and The Nods will partner to deliver a pair of stunning performances at Diabolical Records, with an opening set by yours truly, Nix Beat. There, any eager fan—new or old—can get their hands on the Dead Bod EP for $5 or for $4 and a can of food. The latter price was suggested during the interview, although it may be a bit of a jest. This being a punk show, though, one can’t be too sure. After this show, readers can be sure that Dead Bod will be continue to be around to infect concert-goers by playing more gigs, and rumor has it that new material is in the works. In the meantime, come to Diabolical Records and check out this show—you’ll be glad you did.