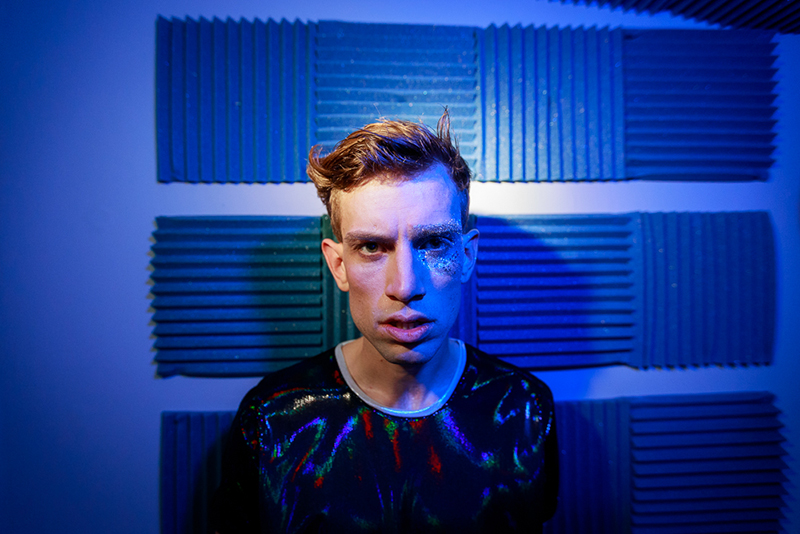 Local performers, artisans, DIY engineers, chefs and crafty innovators come together for the 10th Annual Craft Lake City DIY Festival at the Gallivan Center. This-three day weekend, Aug. 10–12, will encapsulate the craftsmanship that our city cultivates while celebrating Utah’s movers and shakers. Spread across the breadth of these pages are peeks into some of what this year’s DIY Festival will feature. Bring your family, friends, lovers to enjoy what this year’s festival has to offer! Visit craftlakecity.com to learn more about this community enriching event!

In November 2013, Dylan Lewman (soundcloud.com/deelanZ) found himself in an enveloping darkness, being medically induced into a month-long coma. “I had been waterfall diving in Hawaii while on tour and had ingested some water on the last jump—turns out it had leptospirosis,” he says. “I ended up losing my ability to walk and went to the ER with a resting heart rate of 210.” Recounting the moments just before the blackness, “They had me sing my favorite song, ‘Beast of Burden’ by The Rolling Stones, before they induced me. I told myself, “I’m way too young to die like this, I got too much to say.” After resurfacing, Lewman realized the depth of his trauma, and from it burst forth a new awareness. “The coma woke me up, connected me with my higher self and opened my consciousness to a whole new level. I can confidently say it’s the best thing to ever happen to me.”

The resulting awakeness transformed into the “self-help” stylings of DeelanZ. The sound of Lewman’s current work is postmodern Iggy Pop with just enough of a pretty polish.

His music speaks clearly to the insights he achieved from his time in the abyss and has translated into engagement on the local level, including with the queer community. “I got involved by walking in to the Pride Center in December 2016 after learning about the high youth [LGBTQ+] suicide rates in Utah, and wanted to give back. I was given a meeting with the program director, and he set me up with a class to help teach queer youth how to DJ, eventually DJ’ing Queer Prom. After my DJ class ended, I’ve remained in contact with some of the kids. I am currently working on a support group for the Provo Pride community that I will be launching this fall with a dope group of local queer artists.”

Lewman and his DeelanZ project will bring a touch of consciousness-raising to this year’s lineup: “I’m super excited to be a part of the DIY Festival—it’s the 10th anniversary! Craft Lake City is another prime example of what is really working for SLC’s culture.”