00:00 / 16:39
Spotify Stitcher
RSS Feed
Share
Link
Embed
Calling it his “most precious child,” Behemoth’s guitarist and vocalist Nergal doesn’t feel like reducing his music to a simple catchphrase. “I just grab my guitar, and pour all my emotions into new riffs and new songs, and the last thing I care about is whether it’s in the ‘blackened death metal’ box,” he says. “Behemoth is Behemoth.” Though recent years have posed a slew of trials for the band—especially Nergal’s leukemia diagnosis in 2010— he emphasizes that Behemoth is a “tight, solid unit again.”

Demigods: Alas, Behemoth is Upon Me 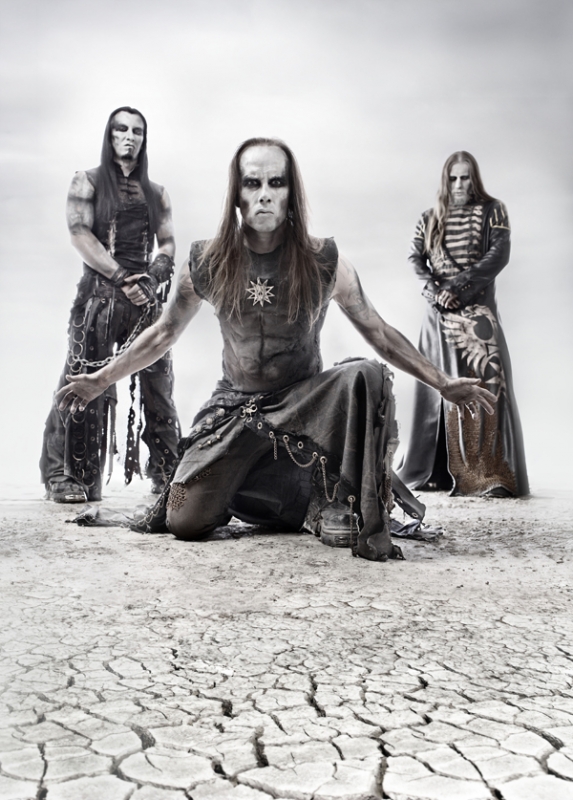 Polish metal demigods Behemoth will headline the inaugural Decibel Magazine Tour at The Complex on April 18.

Calling it his “most precious child,” Behemoth’s guitarist and vocalist Nergal doesn’t feel like reducing his music to a simple catchphrase. “I just grab my guitar, and pour all my emotions into new riffs and new songs, and the last thing I care about is whether it’s in the ‘blackened death metal’ box,” he says. “Behemoth is Behemoth.” Though recent years have posed a slew of trials for the band—especially Nergal’s leukemia diagnosis in 2010— he emphasizes that Behemoth is a “tight, solid unit again.” With a long year of touring ahead, Nergal aims to bring better live production and renewed energy to make these tours “something that an extreme metal fan can be proud of.”

“April and May are going to be the best months because we can tour the United States,” says Nergal, anxious to get back on the road. “We’re touring Russia, then South America and the U.S. in the coming months, then it’s festivals in Europe.” Such an intense touring schedule would prove difficult for any band, but Nergal seems to view it as a challenge rather than an ordeal. “Touring Europe didn’t kill me,” he says, but he still intends to find time for himself during the gaps of his tour. “I really want to find at least two weeks for my own personal vacation. I just want to fuck off somewhere where no cell phone can reach me. So I can really step in solid grass, and get away from everyday bullshit.”

With such a rigid touring schedule, writing new music inevitably takes a secondary priority. Nonetheless, Nergal assured me, “I’m constantly writing.” The band won’t have much time in the rehearsal room, but he finds ways to record his ideas. “[I] put something together, wait two, three months,” he says, “we play it again, try to change something, and it gets older and wiser.” Even as he emphasizes that the songwriting process hasn’t intensified yet, he claims to have “four solid rough catches of new songs.” The band hopes to release a new full-length early next year. “[We are] just taking our time. We wanna make sure that the album we’re going to put out is going to be a totally honest, sincere piece of music. It just needs time,” says Nergal.

Nergal cites the Slovenian avant-garde band Laibach as a major non-metal influence for his music. “In front of me, I have Laibach’s Opus Dei. It’s hard, heavy stuff. It corresponds with the metal sound, but it’s one of the few bands to really inspire me to write metal music.” The band’s influence on the metal movement is undeniable, and their hard-hitting martial industrial style has some definite resonance with Behemoth and the early death metal movement, “Their opus magnum was Macbeth. I remember Morbid Angel, back in the day, would be using Macbeth as their intros for their songs and I believe Vader did the same. It was a special time for a lot of metallers.”

In the time since his 2010 bone marrow transplant, all signs seem to indicate that Nergal is winning his fight against leukemia. Following his departure from the hospital in January of 2011, his recovery has continued in a positive direction. “I haven’t been taking the immunosuppressive drugs for a long time now. My morphology is like any normal healthy human being. I have no reasons to complain,” he says.  His focus has been on staying active and eating healthy, and he hopes that his recovery will continue.

At the time of his release from Uniwersyteckie Centrum Kliniczne, however, Nergal’s financial situation was rapidly deteriorating. “I spent long months in the hospital, and I pretty much lost all my savings. I came out of the hospital with huge debt.” However, he soon received an offer to participate as a judge on the first season of the Polish television show, Voice of Poland. “I got the offer about a year ago and I decided to take it, and it paid well. So, why not?” Nergal says, “It was a good deal for me. The cool thing about the whole situation is that me and my contestants won the program. And we won it with heavy metal.” However, he has declined to return to the show for a second season, turning his full attention to touring with Behemoth.

“I know there [are] legions of extreme metal fans who are dying to see Behemoth, in probably the best shape ever,” says Nergal, “It’s been a while since we played in Salt Lake.” With a laugh he says, “Salt Lake City, correct me if I’m wrong, is the capital of pornography in the United States. I’m really excited about coming back to your city, man.”

On April 18, extreme metal demigods Behemoth will be playing at The Complex with support from black metallers Watain, the psychedelic doom grooves of The Devil’s Blood, and In Solitude’s heavy metal jams.