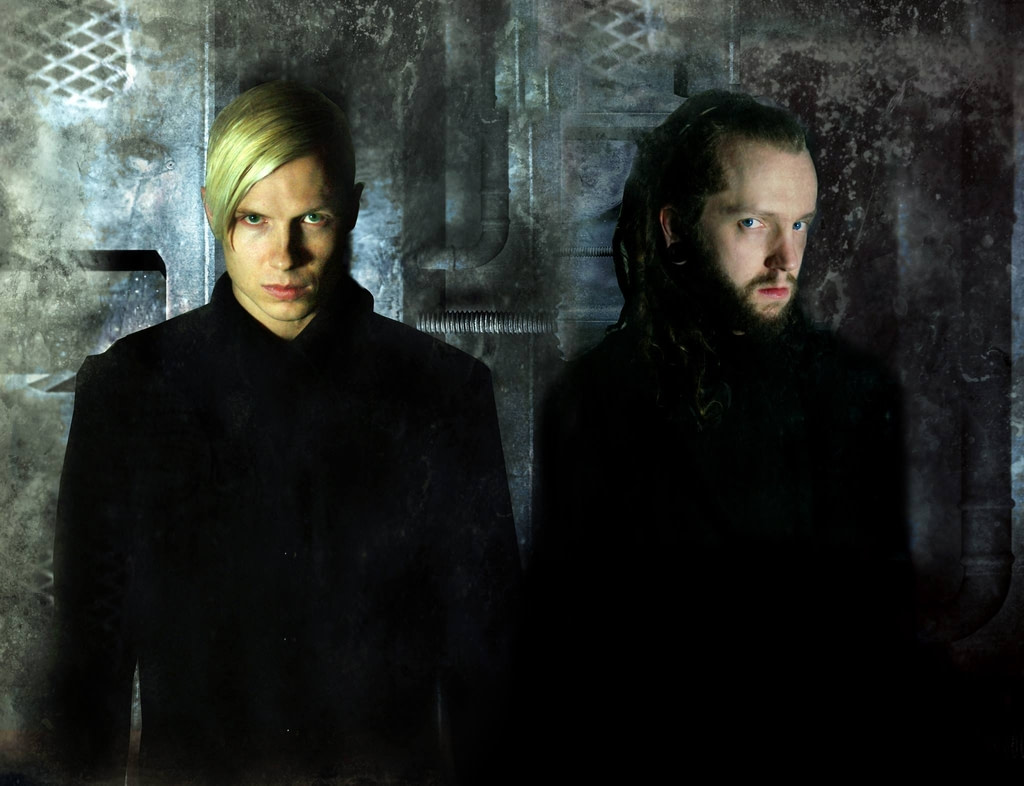 Touring life can be busy, and since Edwin Alter of Die Sektor does not like to add things to his technical rider, SLUG was grateful for the opportunity to have a chat while he was shopping for socks. Die Sektor will be joining a sensational group of harder acts on Sept. 30, Friday night’s edition of this year’s Dark Arts Festival at Area 51. The Horror of Dracula–themed lineup will also include Angelspit, The Dead Room, Reaxion Guerrilla and locals Image Down.

Alter first became interested in music during middle school and started off by playing guitar before getting his hands on some different effect pedals and finding a way to start recording onto cassettes. When he got a four-track cassette, he moved on to messing with the stereo equalizer. “I would make some really weird stuff,” says Alter. “I don’t even know how to describe what that music was.” Alter moved on to a few garage bands, for which he played a variety of instruments, with sounds influenced by Nirvana– and Smashing Pumpkins–type bands. Then, says Alter, “I got into the gateway drug, Nine Inch Nails. That lead to Skinny Puppy and other stuff—that first wave of industrial rock in the mid-’90s.” It was not until he moved to Atlanta and discovered aggrotech that the current sounds for Die Sektor were realized.

Although they have been touring a great deal, Die Sektor have found time to re-release their first album as a perk for their Indiegogo campaign donators. DWA wanted to release that album in some capacity for a while, but didn’t quite have the rights to do so. It seems that time held the release prisoner as Die Sektor waited for their previous NoiTekk license to expire. They thought an additional release was necessary for folks who already owned the first album—a second disc was clearly the answer. The band members gathered up older music creations, pulled from early tracks and songs that didn’t quite make it onto their Applied Structure In A Void release. Alter says, “It is early instrumental for the most part, except for the first five songs [from] the demo Scraping the Flesh, which was never formally released.”

The numbers are going in a positive direction for Die Sektor, what with an end-of-year bonus from their label due to the sales of their release (-)existence, and their current tour, which seems to be their best yet. During this tour, the cities so far that have stood out the most have been Pittsburgh and St. Louis, although their New York stop was entertaining and amazing, seeing as they played with such influential bands as The Cocks (comprising former members of The Revolting Cocks). As for what makes a great show, Alter says, ”For me, it is usually having more people there. The more people, the better. I don’t know how to explain it, but it gives you a lot of energy. … It could be a smaller show if everyone is upfront and enthusiastic.” Any touring act wants a great turnout, but it is clear that, regardless of the size of the crowd, what make a show stand out is audience participation.

As a creative project, Die Sektor certainly stems from the teamwork between Alter and bandmate Scott Denman, who are constantly sending ideas back and forth for each release. Concepts and themes are important, seeing as many of the Die Sektor albums can be linked, such as The Void Trilogy. This trio of dark albums offers a similar thought process, linked through ideas and deep, dark emotion—a journey into nothingness. During the creative process, Alter says, “We start to whittle down what songs we want to use out of the music that has been written, and the concept starts to emerge better … When I am writing the lyrics, I either write off of the pure emotion I get from the music or I write for the theme, but not necessarily from a narrative point.” As for the release they are producing now, Alter says, “The new album has started off as a higher concept album, but it has sort of turned into a general mood.”

It has been a while since Die Sektor’s most recent album. The band has since gone though some life changes, and it will be intriguing to see how their sound has evolved. Die Sektor do not write music just to make it, but also to release emotion about what is happening in their lives. As for creating music and collaborating with others, Alter is a huge KMFDM fan, so it is no surprise who he would like to write music with: “It is kind of hard to say,” says Alter, “but since he is out and about right now and fresh on the mind, I think it would be fun to do stuff with Raymond Watts of <PIG>.”


During their Dark Arts performance, we can hope to hear a song that Die Sektor have been creating on the road during this tour and expect a high-energy performance and a stage presence that continues to grow tighter and better. You do not want to miss any of the acts during this year’s five-day Dark Arts Festival—there are so many things to discover. You can get your tickets at ahatix.com.