“We wanted to be as sincere as we possibly could. Everything seems to be a nod to something, or a joke, in music these days. Everything has to be a thing from some kind of era. Writers are always comparing this band or singer to that guy. That sort of culture has robbed new music of any genuine identity.”

Donovan Blanc: Taking the Tongue-In-Cheek out of Pop Music 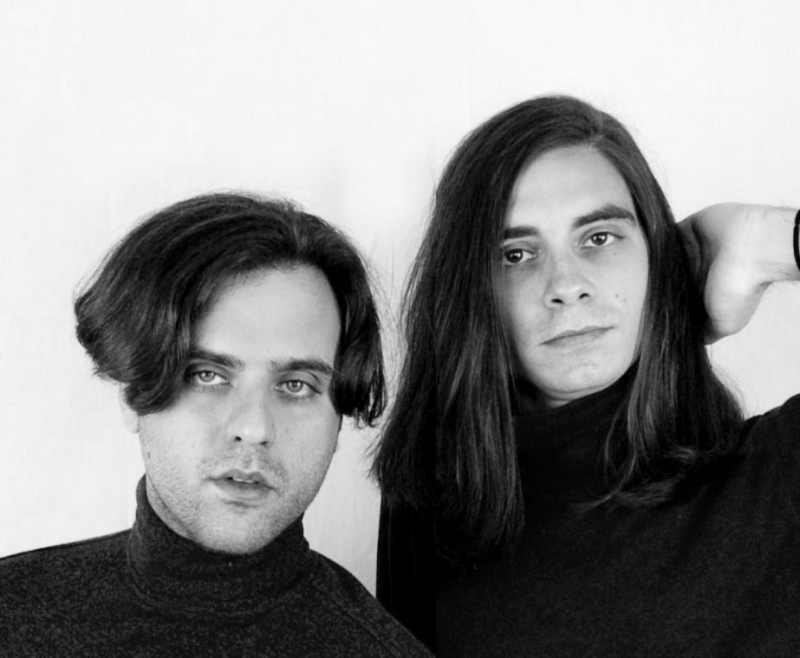 In an age that promotes self-centeredness, there are few musicians who discard their identity in a quest for authenticity. Meet Donovan Blanc, the newest act signed to Captured Tracks. While being representative of the self-titled album’s mysterious sound, the name reveals nothing about the band’s members. Donovan Blanc consists of two New Jersey natives: Joseph Black and Raymond Schwab. The singular name is misleading, but it’s clear that Black and Schwab are much more concerned with people feeling their music than knowing their personal identities. I recently spoke with Black about their debut album and how its timeless passages came to be.

Black and Schwab first met in 2011 through a band called Honeydrum, which started in 2009 as an outlet for a lot of material Black had written over the years. A lot of that material has a very dreamy, ‘80s New Wave appeal to it, but it wasn’t satisfying Black. “Honeydrum was a lot of goofing around, tongue-in-cheek stuff. It became so tiring to be a part of a project like that. When you’re not doing things in a serious manner, it’s easy to lose sight of why you’re doing it or what makes it good,” said Black. He and Schwab eventually left Honeydrum to form a new idea.

Their intent is to free listeners from attachment to past listening experiences, which is why Black states that, “the record’s aim isn’t to evoke nostalgia.” He said, “We wanted to be as sincere as we possibly could. Everything seems to be a nod to something, or a joke, in music these days. Everything has to be a thing from some kind of era. Writers are always comparing this band or singer to that guy. That sort of culture has robbed new music of any genuine identity.” When I asked Black about Donovan Blanc being compared to the great British pop band Felt, he explained that it doesn’t really faze him. “ I haven’t kept tabs much on reviews, and I try not to let that stuff get to me. If I believe one comparison to a band that I like, then I have to believe another comparison to a band I don’t like,” said Black.

But the main difference between Honeydrum and Donovan Blanc is that the latter has an official album; a collection of songs meant to be heard together. Donovan Blanc is the name of a fictional character that plays observer to experiences, some real and others not, played out on the album. “I try my best not to write songs that are super reflective of real situations. I try to write from a third person. If I put a lot of myself in a song I end up not liking it, because at any given moment I could be changing my mind about things by always re-examining them. So I guess you could say I’m seeing it through the eyes of Donovan Blanc,” said Black.

Each song relies upon Black’s voice being carried by a guitar, but when you think you know where the song’s going, a harpsichord or organ will come in and re-arrange the song’s melody. You never quite know how you’re supposed to feel, which keeps me going back for more listens. Each track plays mysteriously and beautifully without forcing any specific feeling, and most of them seem to revolve around anxiety towards relationships. “This (album) isn’t whimsical or romantic. A lot of it has nothing to do with romance,” said Black. But, throughout the album several names of women are mentioned. “Oh Donna” shows the songwriter bouncing between feelings of wanting someone to come over for the night and acting somewhat apathetic the next morning when it turns out she never came. It lasts just over a minute and thirty seconds, and gives me that feeling where I can’t tell if I dreamed what I’m thinking about or if it really happened. “A lot of the songs are rooted in some kind of truth. I’m putting to rest situations that have had an influence on me, while trying to not be overly aware of them,” said Black.

As Black and I spoke, I realized that he approaches life and music the same way. “I try not to spend too much time on one thing because I feel like it starts becoming familiar, and that gets boring. I tend to gravitate towards the stuff I can’t really understand right away. When I do something in a frenzied state, and come back to it without a recollection of how I got there, I like it more,” said Black. He explained that he and Schwab would spend about ten minutes on the idea of each song before moving to the next.

One of Black and Schwab’s label mates, Mac DeMarco, recently mentioned that he was slightly annoyed when Captured Tracks asked him for an upbeat single. I asked Black how he’d feel if the label asked him for a specific song. “I relish a challenge, and I think you can make lemonade out of pretty much anything. There’s ways around everything if you’re a creative person. I wouldn’t care if someone told me to do something a different way. That’s what makes life fun, and interesting,” said Black.

The Donovan Blanc LP won’t be out until June 24, but you can hear the first single, "Minha Menina," here, and read my review of it in the May issue of SLUG. It’s been a long time since I’ve been able to enjoy an album from start to finish, as I have this one. I made sure Black understood my appreciation. As our interview came to an end, Black left me with me some comforting words (as a fan), expounding upon the idea of making lemonade out of anything. He said, “I don’t want the next thing we do to sound anything like this. For the most part, I had a great time making this record, but I have no interest in making another record that sounds anything like it. I like variety, and I like seeing someone who can operate in a dynamic way and surprise me.”