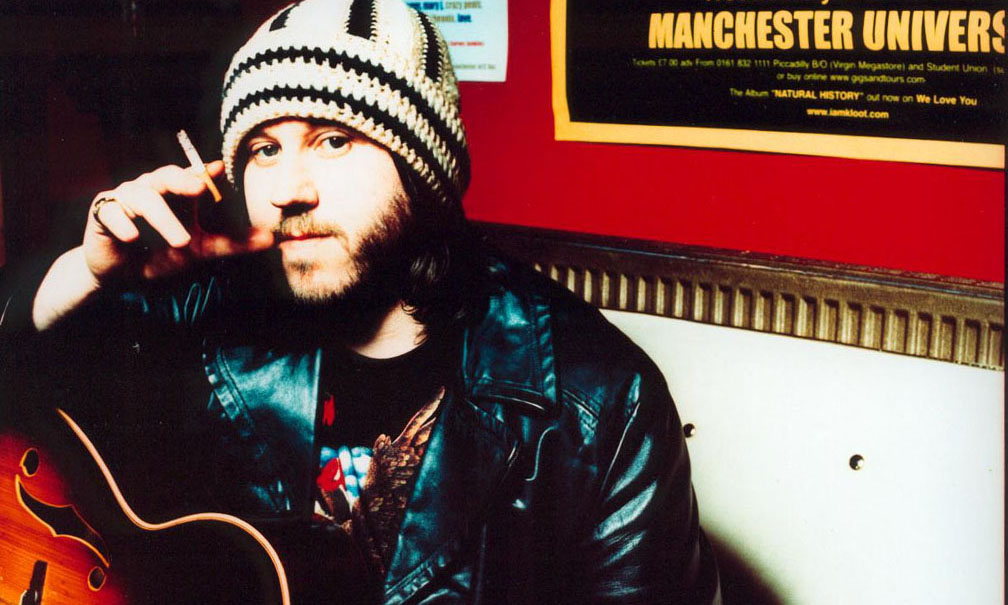 When Damon Gough and his alter ego Badly Drawn Boy rolled into Salt Lake City’s Zephyr Club in support of his debut album The Hour of the Bewilderbeast he had already taken the Mercury Music Prize (the UK’s Album of the Year) beating out Coldplay’s Parachutes and The Doves’ Lost Souls. When he left he had set up residency as one of the top ten bands I’d ever seen live.

Three albums, a soundtrack score, five years and a new record label later, Gough finds himself standing on different ground with Born in the UK.

“I had been away for awhile. There was a new kind of pressure. I had a nearly complete record that I scrapped. I had to prove myself again. I felt like I had let a lot people down. A lot of money by the record label had been wasted. I was pissed off and demoralized. I’d lost feeling.”

While quitting might seem the easiest route, Gough felt like he still had something to say and dove into his work.

“I had to show that I could still do it. I wrote more songs than I ever had for a record: somewhere around 100 songs before I even started recording. I was very productive and that started making me feel good. Many of the songs came quickly, I was writing 2 or 3 a day. There was freshness to the music that I was proud of,” remarks Gough.

Somewhere towards the later end of the two hour performance at the Zephyr that included all of The Hour of the Bewilderbeast, b-sides, tracks from early EPs and a Bruce Springsteen cover, a man at the foot of the stage motioned for Gough to give him his harmonica during an instrumental bridge. Nervously, Gough handed him the harmonica and microphone and continued to strum his guitar as the backing band kept pace. What occurred next will never be adequately explained: the man with the harmonica was absolutely brilliant.

Over the years I’ve met people who were at that show and for us all it remains special; one of those brilliant evenings that became the sort of story that makes you smile every time you tell it.

“I believe his name was Kevin,” Gough recalls. “I nearly had a heart attack.”

I’ve since had the pleasure of meeting Kevin a few times at various shows. We tend to laugh as we reflect on the night Gough handed him the harmonica.

“I think I had a bit of a run at the crowd that night. It was a strange gig; a lot of people were there because it was a private club and not to see the show,” Gough said.

Sadly, this recollection sums up many of the shows I saw at the Zephyr; brilliant performances forced to overcome the constant buzz of disinterested people.

It’s no secret that Gough is a Bruce Springsteen fan and calling his record Born in the UK only further emphasizes this point. While referencing an album considered among the best ever recorded might seem a bit dangerous, maybe even a touch blasphemous Gough insists that it’s a heartfelt tribute to the music that changed his life.

“It just happened. There were a few words at the end of a demo version of a song and it sounded like I was saying ‘I was born in the UK.’ I saw a parallel because on a broad level where you are born gives you your identity; how you’re perceived. I hoped I could get away with it. I’ve always worn my influences on my sleeve, so why not?”

While it might sound a bit over the top, Gough does care about his fans. So much so, that on his current UK tour he’ll often be found strumming his guitar in the local fish and chip shop during the afternoon before heading off for that night’s larger venue. I doubt he’ll turn his amp all the way up like Frank Black did in small diners across America while finding his way early on in his solo career. But you never know, Gough does love the Pixies.

Badly Drawn Boy shows tend to be an unscripted affair, allowing Gough to feel out the room and place in a story here and there. He’s not suave or menacing and yet he’s still found himself on dozens of “must see” lists over the past ten years. Through performance was how I really understood the simple power in his music. Because of this, I’m somewhat surprised to learn that the performance isn’t his favorite part of the professional musician equation.

“Creation is the most exciting. It’s a magical feeling that keeps you driving. I know I have something left. I’m excited to make my next record, but the rest of it is hard work. It’s never easy, even if you have a natural gift. People view it as a pleasurable job but it’s difficult.”

Which isn’t to say that Gough isn’t as concerned with his live performances.

“I want people to leave feeling positive. I want it to be unique and special every night. That’s why I care so much about the live show.”

Join me March 19th as Badly Drawn Boy plays the Urban Lounge. Gough will give it his all and you never know what might happen; maybe Kevin will bring his harmonica.