"The idea for the album's name and glue that sticks the songs together came from stargazing. I thought a lot back then about how there really is no present time. About the paradox of perception that happens when you look up at stars and are actually looking into an image of the past. The album deals with displacements like that one, with the feeling that there is no now." 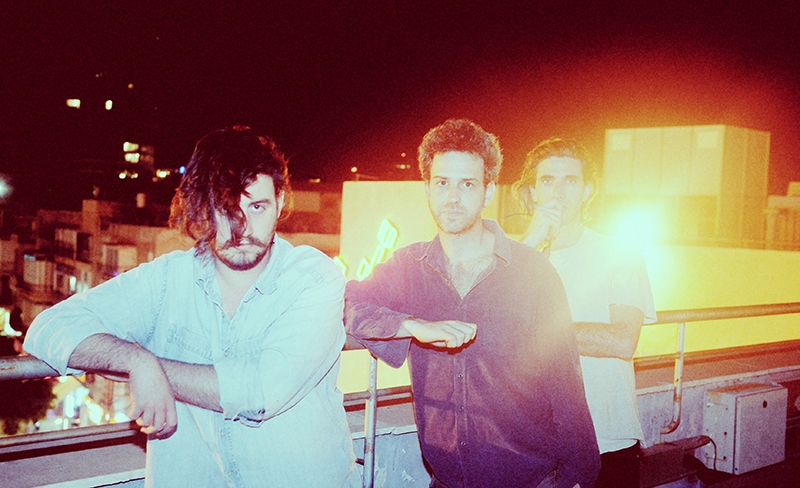 Vaadat Charigim (Hebrew for “Exceptions Committee”) is a noise-pop band from Tel Aviv. Their debut album, The World Is Well Lost, abounds in lush guitar and monotone vocals that swirl around in noise and bristle with the same nostalgic energy you’d find on Slowdive’s Souvlaki or Ride’s Nowhere. Though Juval Haring, the band’s guitarist/vocalist songwriter, sings in Hebrew, something elemental is at work on the album, which instantly translates to anyone with a head submerged in dreamy alternative music. SLUG spoke with Haring about the record and his influences.

SLUG: Your music is so evocative of classic ’80s/’90s post-punk and shoegaze, which are easily identifiable, universally known genres. What draws you to that sound?
Juval Haring: It’s landspace-ish. Really horizontal. It expands the mind and enriches the thought. It causes you stop thinking, like meditation does.

SLUG: What artists and musicians influence you?
Haring: Reading Our Band Could Be Your Life was a major influence on me. You can’t really tour in Israel and that book was as fantastic to me as The Hobbit. Also local band Plastic Venus where a big influence on my guitar playing as a teen.

SLUG: You released your debut album, The World Is Well Lost, on November 12. The CD/digital was released through Anova Music in Israel, on vinyl through Warm Ratio (Indianapolis) and on cassette through Burger Records (California). How did you get involved with these labels?
Haring: Anova are local, so it was natural and organic. With Burger/Warm Ratio it was a much more "digital" relationship of emailing. But we’re making plans to come over and meet them and do some shows, so I hope it won’t stay digital for long.

SLUG: How did the album come together?
Haring: I wrote the songs in Berlin and recorded all of them on a 1/4" tape machine—one of those fantastic Telefunkens that never fail. Then the band as a trio worked on the songs for a few months using an elementary school bomb shelter as a practice space. We recorded that album at home using no more than three mics at once.

SLUG: For non-Hebrew speakers, it would be simple to talk about your music in terms of sonic qualities and easy to forget the lyrical implications. The World Is Well Lost is quite a bold statement—what are your concerns on the album?
Haring: Time. And space. But mostly TIME. The idea for the album’s name and glue that sticks the songs together came from stargazing. I thought a lot back then about how there really is no present time. About the paradox of perception that happens when you look up at stars and are actually looking into an image of the past. The album deals with displacements like that one, with the feeling that there is no now.

SLUG: “Ze Beseder Lefahed” is such a sunny, bittersweet sounding song. I’d love to know more about it.
Haring: It’s actually a love song called "It’s ok to be afraid.” First verse goes: “Hey / Let’s turn into nothing / Drop out of school / And take a nap.” I was thinking about what I would say to a girl if I were trying to impress her.

SLUG: Tel Aviv can seem like such an exotic place to people from the United States. What is the culture of that city like, especially its music?
Haring: No music industry, really. Nowhere to grow. A lot of amazing musicians and bands that form and disband and re-form under a different name after recording one EP. There isn’t enough continuity.

SLUG: How is your music received at home?
Haring: Really well, actually. These past few weeks we have been sort of "accepted" by the mainstream media, which is odd considering the Israeli pop scene, and what our music actually sounds like, which is fuzzy and loud. We are played 4-5 times a day on the biggest commercial radios here, as well as get offered major interviews in leading newspapers. It’s been weird.

SLUG: You’re planning on playing at SXSW next year. Any plans on other U.S. shows while you’re over here?
Haring: Nothing concrete, but we are planning to tour, a lot. I miss your highways.

The World Is Well Lost is out now via Burger Records (Cassette), Warm Ratio (Vinyl) and digitally through Anova Music. Stream the album here.