Clayton’s work in producing began purely out of a passion for creativity, not a desire to be liked. We talked with her about everything from her recent EP release to how she feels about being a working woman in the electronic world. Clayton’s interview will be the first in a mini series dedicated to highlighting women who produce music or DJ professionally.

“Female DJs” Shouldn’t be a Weird Term: an Interview with Heartwreck 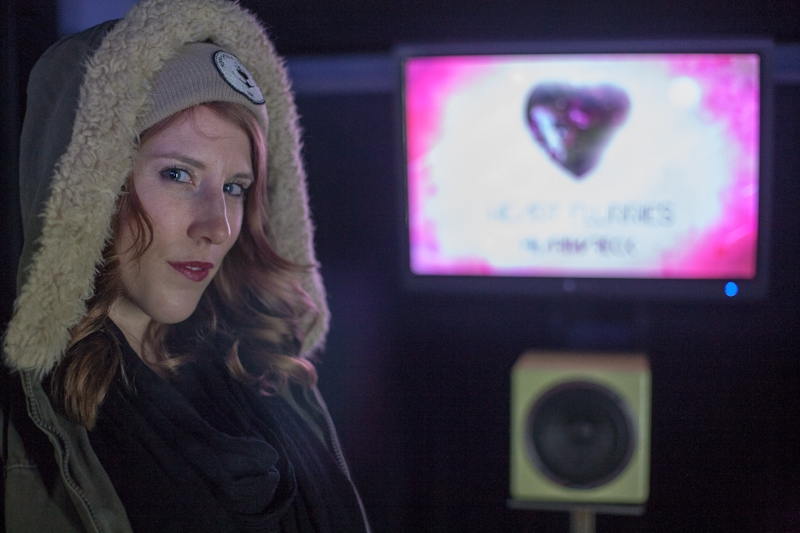 "I want to create music that will create a space for people to have interactions and community and to feel really cohesive." Photo: Garrett Allen

I read a lot of articles, comments on social media and hear conversations among friends about the lack of women DJ-ing and producing in the electronic world. The problem is often framed as there being a lack of females DJ-ing, perpetuated by the fact that only two female groups and one solo artist made it on the DJ Mag Top #100 list last year. The blatant sexism of the electronic music industry doesn’t help, either. Rather than making the media faux pas of focusing on the “lack” of women in this genre, SLUG sought to highlight the ladies who are out there—you just haven’t heard them yet.

One DJ working her ass off in the music industry is local DJ/Producer, Lauren Clayton, known professionally as Heartwreck. Clayton has been producing for quite a while now and has grown into one of the area’s bigger names, being booked anywhere from regional festivals and fundraisers to opening for top name artists at Sundance Film Festival over the last few years. Sparked purely out of interest, Clayton’s work in producing began purely out of a passion for creativity, not a desire to be liked. We talked with her about everything from her recent EP release to how she feels about being a working woman in the electronic world. Clayton’s interview will be the first in a mini series dedicated to highlighting women who produce music or DJ professionally.

SLUG: What initially got you into music?
Heartwreck: Friends, family and the community. I’ve always loved music and just being in the sense of community that comes together, whether it’s with a show or just with other artists.

SLUG: Were you part of any bands or projects prior to your solo work?
Heartwreck: Not prior to working in electronic music. I have a couple of collaborative projects that I’m working on. One of those is with the Hive and then there are other locals that I work with.

SLUG: How did you get involved with The Hive Collective initially?
Heartwreck: I started going to their shows maybe four or five years ago and met Dave and Becky. I started telling them that I was dabbling in mixing music and they were super supportive and wanted to back me. They’ve been pushing me into all sorts of things, whether it be in V2 or with Urban Lounge with Dubwise and stuff like that.

SLUG: You just released your EP, Heart Flurries, tell us about it.
Heartwreck: My EP was released on DAMN SON! Records on March 25. It took me about six to eight months to write and it’s super vibey, really bass driven and glitch, but still is something you can listen to at home. I wanted to make something that could rock dance floors but was also something you could just chill and listen to. It has four tracks; I had a bunch of friends, each from a different state, remix on it.

SLUG: What inspired your sound on the EP?
Heartwreck: Emotions. I like more cerebral-driven beats and trying to create a moment vs. just something [to party to]. I want to create music that will create a space for people to have interactions and community and to feel really cohesive. Not just a place to party, but a conscious space.

SLUG: How did you come up with the name Heartwreck?
Heartwreck: The same as how I came up with [the inspiration for] the music. I was trying to push the lovey vibey element instead of the “let’s get wasted and fight each other” kind of vibe.

SLUG: What kind of software do you use?
Heartwreck: I use Ableton Suite—I just upgraded. I also run a bunch of VSTs like Massive, Reactor and Stylus. I’ve also been loving Stutter Edit. I’ve been nerding out so hard on the Ableton Push, that’s all my Instagram is, just me chopping stuff and playing on Push.

SLUG: It seems like the electronic industry is dominated by men, what do you think the problem is in the supposed lack of women DJs/Producers?
Heartwreck: I think this crazy world stereotype is that women need to be a trophy on the side of the stage and can’t be tech savvy or run electronics. [It’s almost like] this is a “cheerleader/football player” sort of thing. I really just want girls to know that you can break the mold. I want to be rocking dance floors in your ears instead of having people just looking at me dancing. I want people to realize that you can make art, and it started by mixing music. I’ve tried to help other girls, but I don’t know if it’s the intimidation [of the industry]—I deal all the time with weird promoters hitting on me, or the stereotype that “you only get a gig because you’re a chick.” I don’t really flaunt my sexuality, so there’s no way that that’s even possible.

SLUG: Do you ever run into any gender-specific challenges with being a woman in music?
Heartwreck: People will just talk down to you. It’s really awesome to wow people. I was sound checking with Griz [at Sundance] and he looked at me when I was setting up all of my technology and he was just shocked and took the time to get to know me and talk with me.

SLUG: It seems like no one really wants to talk about what it’s like to be a woman in this world.
Heartwreck: You kind of have to almost be asexual. I had the opportunity to open for Nervo a few Sundance’s ago and they were super supportive and really respectful. You do find people who are really wowed by the fact that you’re bringing something new to the table. I don’t really know a lot of females making music as a solo artist locally. [People’s reactions are] either one way or the other, they’re either really negative or really positive. When I approached DAMN SON! they were really happy because they had never even released a female artist on their label.

SLUG: Are you working on new music?
Heartwreck: I’m working on [a track with] this girl, Jasmin Thompson, this female vocalist from the UK that’s 13. I’m making a super chill, vibey sort of thing for that and it should be out in a few weeks.

Lauren “Heartwreck” Clayton will be playing a benefit show at the SLC Photo Collective on April 26 for the Jellyfish Art Car. Among her other upcoming shows are festival appearances around the Western United States, including Oregon’s What The Festival in early June, Building Man, and E11 in July. You can download her EP, Heart Flurries, on damnsonmusic.com/release/heartflurries and check out her other releases on soundcloud.com/heartwreck. Check out our other upcoming articles in the series on slugmag.com.