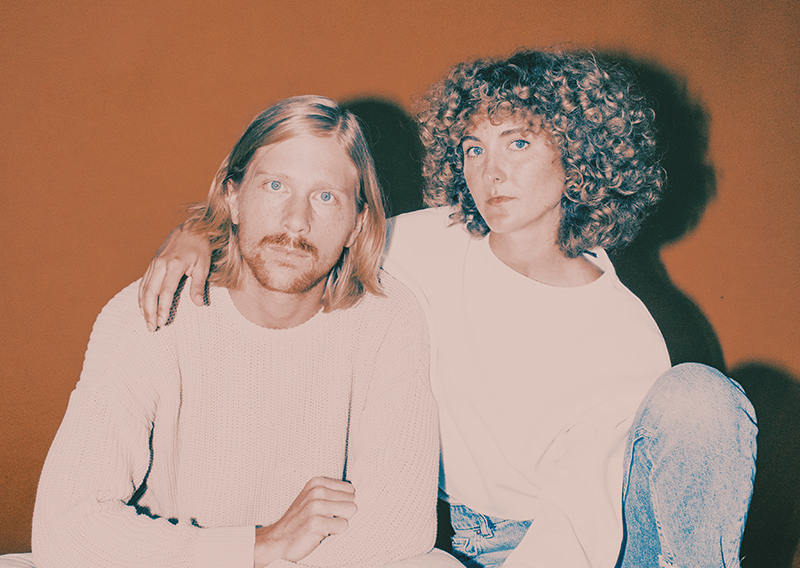 Finding an Ocean in a Storm: A Breezy Chat with Tennis’ Alaina Moore

Tennis are one of those rare pop bands that has managed to stay relevant all the way up to a fourth album, their upcoming Yours Conditionally. It drops March 10, but if you can’t wait even a week longer, you can see them perform at The State Room on March 3 with Hoops. The power duo of Patrick Riley and Alaina Moore got past the typical sophomore slump and did what a lot of buzz bands seem unable to do: waited until they were ready to make a new one. “Because attention comes so suddenly and attention leaves so quickly, there’s a ton of pressure to always be releasing music and not wait ’cause you’ll miss the moment,” says Moore. We’ve all seen it before. A band makes it big, releases a rushed second album, fills it with a whole lot of fluff and disappears from the map.

But while Tennis may have released their second album, Young & Old, soon after their debut, Cape Dory, they still had material to work with back then from a sailing trip that inspired their need to make music, and it earned some acclaim. What sets them apart, though, is that three years later, when they released Ritual in Repeat, instead of having missed their moment by waiting too long, they got more attention than ever. The reward was more artistic freedom when it came time to create the new project. But with this newly restored freedom came the responsibility of owning that freedom with soulful love songs draped over some vintage beach vibes.

“For this last year, we felt like we were at a crossroads creatively and with our career,” says Moore. “We felt we needed to take a step back and reexamine everything after Ritual and Repeat. We decided to sail again … So we went on our very same sailboat and we sailed the furthest we’ve ever gone offshore.”

With a fear that what they would gain from sailing again would be the same as what led to Cape Dory, the two of them stepped up the intensity. And it worked. “I realized that conquering my worst fear, which is dying at sea, really made it easy to write in comparison,” says Moore. When you’ve come within inches from the veil of the dark angel herself, writing a pop song seems as easy as ordering coffee. “When we were done, I feel like we finally discovered something about our writing and where we want to go next, ’cause that’s always the struggle. I’m wondering what’s our vision for our band. I want to grow. I want to challenge myself. I don’t want to write the same kind of songs, and I feel like—at least incrementally—I moved forward into something new.”

One thing that hasn’t changed is the spiritual nature of Tennis’ music. Moore grew up in an actively Christian family. She says, “It’s sort of the lens or language that I have. It will never leave me. I’m not a religious person now, but I really love that part of my life. It’s just part of how I experience things.” Yours Conditionally, and the albums that led up to it, present motifs of sanctity, matrimony and purity. The new album deals mostly with purity. In Moore’s view, “It’s me synthesizing my whole religious upbringing, in which women were viewed through the lens of purity.”

But don’t be fooled—this isn’t the housewife’s manifesto. If anything, it’s a counterpoint in the seemingly immovable, traditional or conservative mindset. “It’s more about thinking through the commitment and the devotion that I have to this love for a monogamous relationship that I’ve found myself in with my music partner—my life partner—but also my feminism,” she says. “Drawing hard lines of my own autonomy, defining myself—those are things I think through when I write love songs.”

This creates a dimensionality in Tennis’ music that allows for a new meaning to come out each time you listen to a song. “I try to do this with all my songs so that people can tell their own story out of it,” says Moore. “I know what my story is, and I can supply it if someone asks me.” One of the singles that has already dropped, “In The Morning I’ll Be Better,” is a prime example of this. At times, we get the sense that Moore is embracing her lover to overcome something difficult she is going through. On another listen, it seems as if she feels guilty for having a lover and is promising to be morally better in the morning. And when I asked Moore which one it was, it was neither, but something entirely new. God may be dead, but maybe pop isn’t yet.