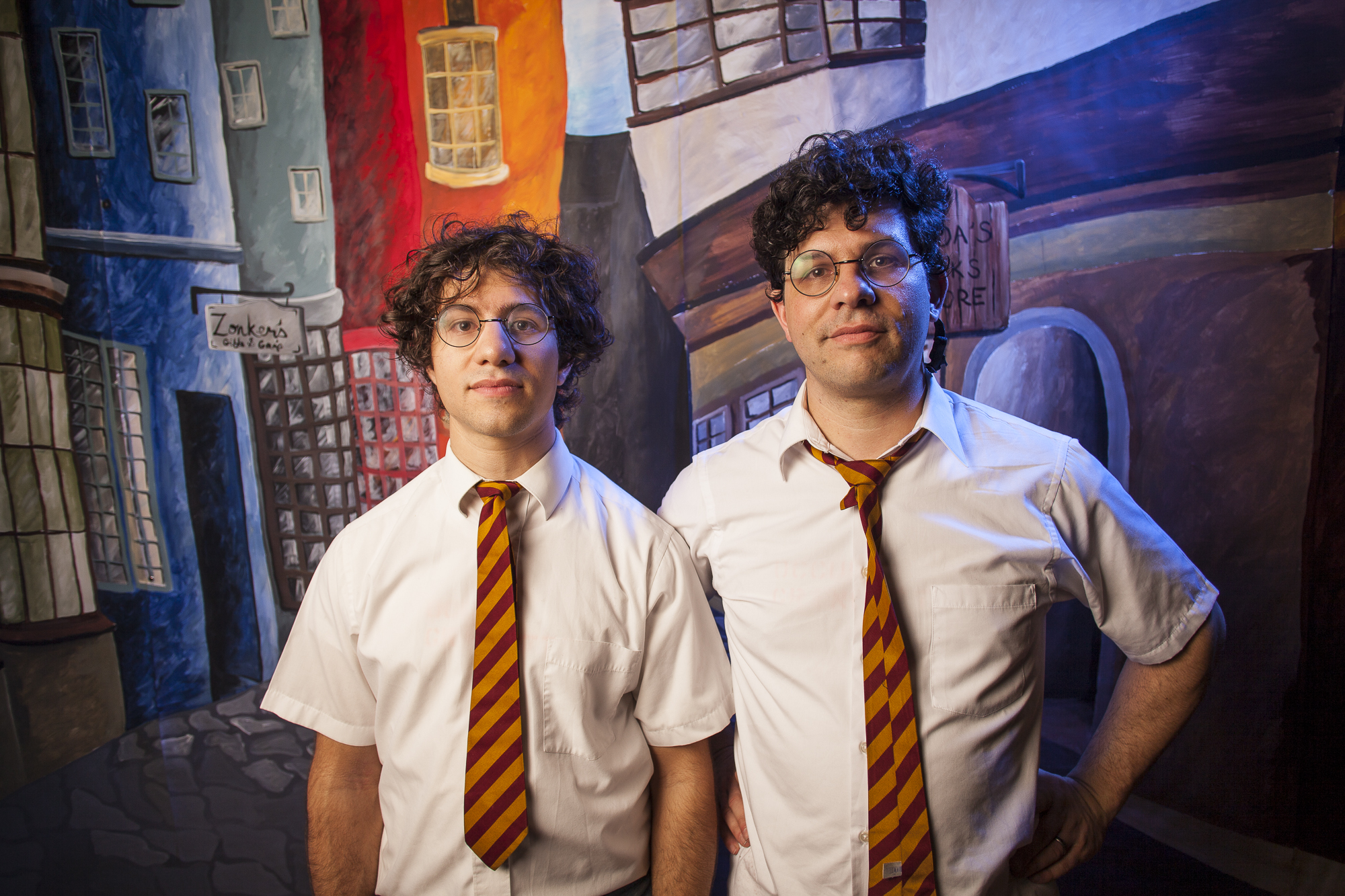 The Band That Lived: Paul DeGeorge of Harry and the Potters

Images courtesy of Harry and the Potters

A beacon of enthusiastic nerdiness for literature, Boston-based Harry and the Potters have been a prominent voice in the wizard rock genre (and its unintentional founders) since 2002. As a sub-genre of lit rock centered primarily around J.K. Rowling‘s Harry Potter book series and the movies that followed, brothers Joe DeGeorge (aka Harry Potter year 4) and Paul DeGeorge (aka Harry Potter year 7) are known for epitomizing Harry Potter fan culture with Hogwarts uniforms, writing deadpan, humorous lyrics from the perspective of Harry Potter himself and catchy, keyboard-laden jams that capture the campy yet somewhat serious nature of Rowling’s novels, which they’ll soon bring to Salt Lake City on May 28 at Kilby Court. As a band that came to fruition during the height of Harry Potter hysteria, Harry and the Potters rode on the momentum of each new book and movie release. Even now, after all the movie and book releases (of the primary storyline) have come and gone, Paul has not seen a decrease in the interest in the wizarding world nor the music they have created. “Whenever we play, we do still see so many new people come out to see us perform for the first time,” says Paul. “Last night, we played in Anaheim … and we asked how many people have seen Harry and the Potters before, and it was maybe one in every 15 people, so that means like 95 percent of the crowd was seeing us for the first time ever. There’s a number of people who stick with us, and its always cool to see them as well. That’s another thing that motivates us to go out and play.” There are still many diehard witches and wizards who continue to turn out for these sorts of Harry Potter–related events, which, in turn, keeps Harry and the Potters relevant in the wizarding world.

Even with the increasingly darker themes that were prominent throughout the last few installments of the Harry Potter series, Harry and the Potters were not deterred in their lyricism. “I think that just adds to the wholeness of it and gives us an even wider range of emotion to write from or broader power to pull from, as far as the tone of the music we’re playing,” says Paul. “There’s sad stuff that we can respond to with sad songs, or an intensity to the books that we can translate onstage.” Even as a mostly kid-friendly indie band with a lo-fi, intentionally offbeat sound, they’ve still managed a way to call Cornelius Fudge an ass and make saving Ginny Weasley from the Basilisk seem like just a minor nuisance with a touch of cheeky humor—all while bewitching the crowd to participate and dance. As far as the wizard rock genre is concerned, Paul realizes that a lot of bands and solo acts that sprang up during the height of of the book and movie releases are not as active as they used to be. “We’re probably one of the few acts that still reliably tour, and a lot of that has to do with the name recognition and the fact that we were out there the most of any band, playing 100, 120 shows a year,” he says, noting that after the end of the Myspace era, many of the wizard rock bands and bands-to-be found it difficult to “cut through the noise.”

However, there is still hope for a new era of wizard rockers. “I think that these books have made a major impact on peoples lives,” says Paul. “People are kind of looking for ways to continue to engage with something they love. That doesn’t have to be those sort of big media moments like the book releases and the movie releases.” This allows fans a chance to revisit Hogwarts and bring their fan enthusiasm to wizard rock shows. It’s the loyal Harry and the Potters fans who have been catching the Potters on tour for almost a decade and are now involving their young children. “People who saw us 10 years ago have seven- and eight-year-old kids coming to our shows. [The kids] are reading the books, too, and [their parents] are raising these young, little wizards,” says Paul. Paul is even noticing a new trend in wizard rock with artists who are actually writing songs based on Harry Potter fan fiction, including Tianna and the Cliffhangers, who opened for Harry and the Potters in Philedelphia. “It was super interesting because those aren’t canon works,” h e says. “There’s an expectation that people in your audience have read the books or seen the movies, so I thought it was cool to see someone continue to innovate within the fan space in that way.”

As far as Divination is concerned, the rest of 2016 involves the resolution of Harry and the Potters’ tour as well as playing different conventions before ending the year at their annual Yule Ball near their hometown of Norwood, Massachusetts. “At this point, we’re up for whatever weirdo adventure presents itself to us,” says Paul, who, much like the namesake character of his band, likes to live in the moment. As far as the show at Salt Lake goes, Paul says, “Expect to experience the magic of rock n’ roll.” Catch Harry and the Potters as they bring their magical hijinks to Kilby Court on May 28.