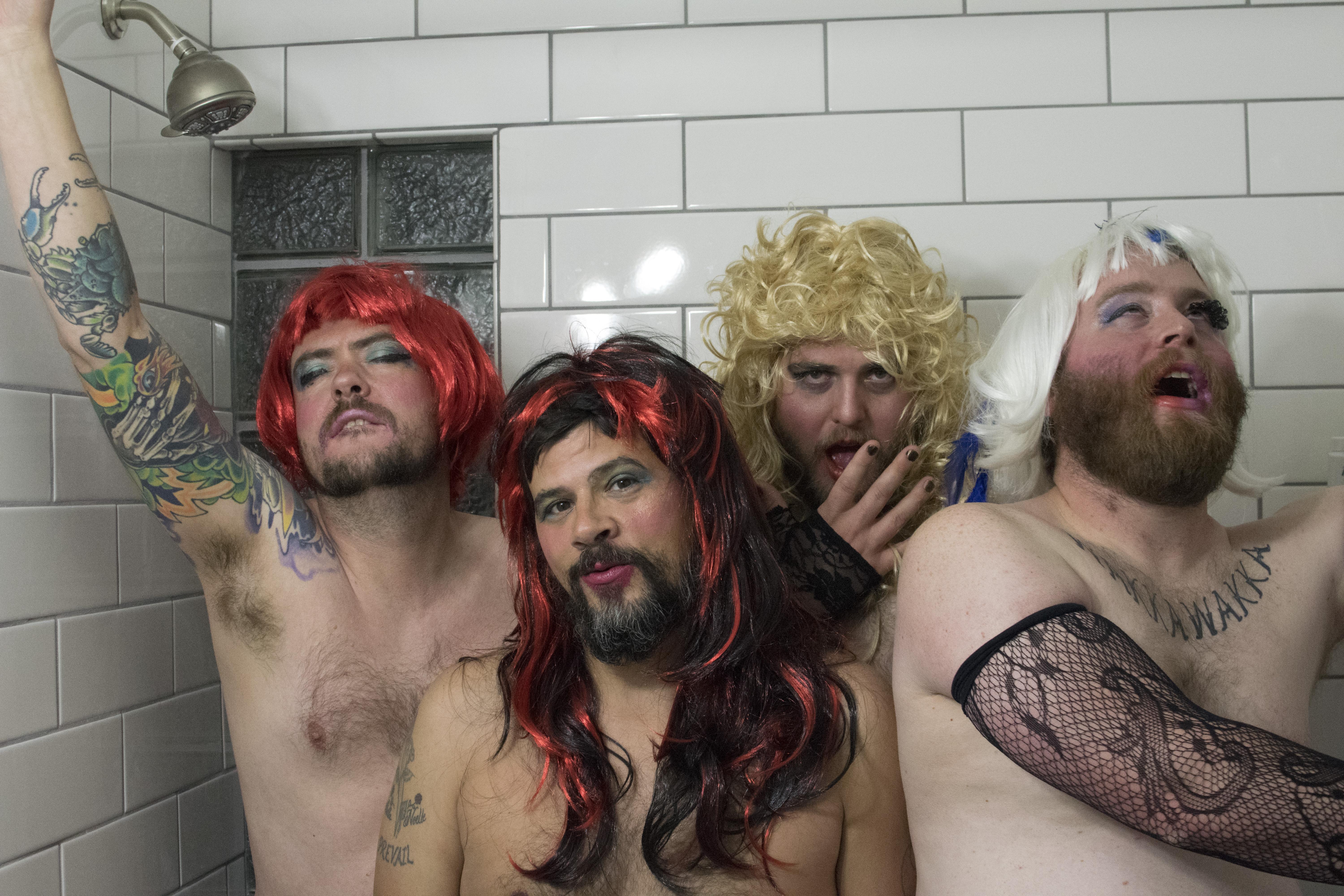 Heathen Ass Worship: Ass Antics and the Duality of Man

When I took this assignment, I knew I was the one who could understand these miscreants from Uranus. I knew I could bring to light their depraved, misunderstood world of genderqueer sex parties, drug-addled ass antics, and volume drenched ballads singing high praise to the art of fornication. I knew these people. I was part of their tribe. Their openness, their free-falling ways, these were things that I had explored. This was a way that I knew. Little did I expect, I would end up hog-tied and prostrate, spread-eagled and as close to having my special ࡰࡰࡰࡰࡰࡰࡰࡰ ࡠࡠࡠࡠࡠࡠࡠࡠࡠࡠ by one or more members of Salt Lake’s strongest advocates of ࡠࡠࡠࡠࡠࡠࡠࡠࡠࡠࡠ I wasn’t in Kansas anymore, but I was liking where I was headed.

The interview started innocently enough. The members of the band and I stood in a ceremonial circle and removed our pants. I was amazed at the array of genital variances going on in that room. I felt the same spark of revulsion yet peek-through-your-fingers curiosity that I felt when Buffalo Bill tucked his ࡠࡠࡠࡠࡠ and did the sexy dance on Silence of the Lambs. I tried not to be overt in my stare, but, seriously, these people have some amazing parts. They made me swear a secret oath that I not divulge the secrets of their ࡠࡠࡠࡠࡠࡠ and ࡠࡠࡠࡠࡠࡠࡠࡠࡠ. Just let me say, that in that light, it looked like some poorly packed kebabs and Arby’s roast beef sandwiches gone awry. I must have looked nervous because Baby Gimp (drummer) came over and gave my ࡠࡠࡠࡠࡠࡠࡠ a little ࡠࡠࡠ. He smiled at me and made the motion for me to ࡠࡠࡠ his ࡠࡠࡠࡠࡠࡠ, so I did. That seemed to get the ball rolling. My pansexuality had finally met its match.

I asked each member to tell me their name and what they do. The first to look up from his ass buffet was Pastor Sasha, lead guitarist and founding member of the band. His tale is one of intrigue and pure carnal lust. A preacher gone hedonist, he found his way out of the Chattooga River in northeast Georgia (made famous by the movie Deliverance and all the pretty mouths). He left behind the preachin’ life and headed west, and that’s where he found ࡠࡠࡠࡠhࡠࡠe Pleasures (both literally and figuratively), the singer whose pearly pipes became the center of the Pastor’s deepest, dirtiest fantasies. These two, while traveling across the Nevada desert, found Litterbox O’Gloryhole. She was lying in a dumpster, crying and recuperating from being thrown out of a lounge-act Liberace cover band, called Liver-ace. She was in a dark place, so they all tried to make babies. When that didn’t work out, they came to Utah in search of a place to make their self-described “Sex Grab Music.”  When they arrived, they answered an ad on Craigslist for a torture-pࡠࡠࡠ swingers group. Lacking a hard-hitting drummer, they noticed Baby Gimp pounding ࡠࡠࡠࡠskins in the back corner of the room. They quickly put together a dowry of two pulled-pork sandwiches and a carton of Newports, and Baby was theirs. She had never played drums before, but after nonstop marathons of poppers and John Bonham videos, she was ready to go.

At this point, we were hitting an almost Tantric fevered pitch with our guttural moaning and carrying on. As I was being covered in baby oil, I rolled over and ended up face to face with ࡠࡠࡠࡠࡠolࡠ Pleasures (once again, literally AND figuratively), and I figured that this was my chance to ask about their upcoming show at Metro Music Hall on Nov. 19. “Why a Phallic Food Party?” was all I could get out before I was showered with various water-based lubricants. “Have you ever seen a Phallic Pot Luck?” Bࡠࡠࡠࡠࡠࡠe says. “The thought of watching beautiful people eat ࡠࡠࡠࡠࡠ-shaped foods drives me over the top.” “Last year, our friend Carl ate 22 hot dogs, and I nearly lost my mind.” I asked for a list of foods that would fit into a “boy ࡠࡠࡠࡠࡠ,” as they call drummer Baby Gimp’s monkey button. They told me to worry about that later. They then each got up and took up their instruments. As they played, the beautiful, wondrous sound that emanated was a cross pollination between the Beach Boys and Black Sabbath. Though Butࡠࡠࡠࡠࡠ Pleasures does not have a three-octave range, I could hear Harry Nilsson singing “Without You” ringing in the back of my head. I was overwhelmed. My ࡠࡠࡠࡠࡠࡠࡠࡠ swelled, and I began to cry without really knowing why. They moved into another song, and I watched them come together like some sort of huge, gay Voltron to unite rhythmically and sing a lyrical stream-of-consciousness song. These people became, to me, ass-bassadors of all that is good and bad. They represent the seedy undercurrent that lurks in the dark alleys and gloryholes that pepper this City of Salt. As I limped home, I reflected on how this experience had changed me. I was a new human—I felt enthralled, enraptured and ready to conquer the world in front of me. I had stared into the ass, and it stared back into me. I was free. Heathen Ass Worship had made me their follower.