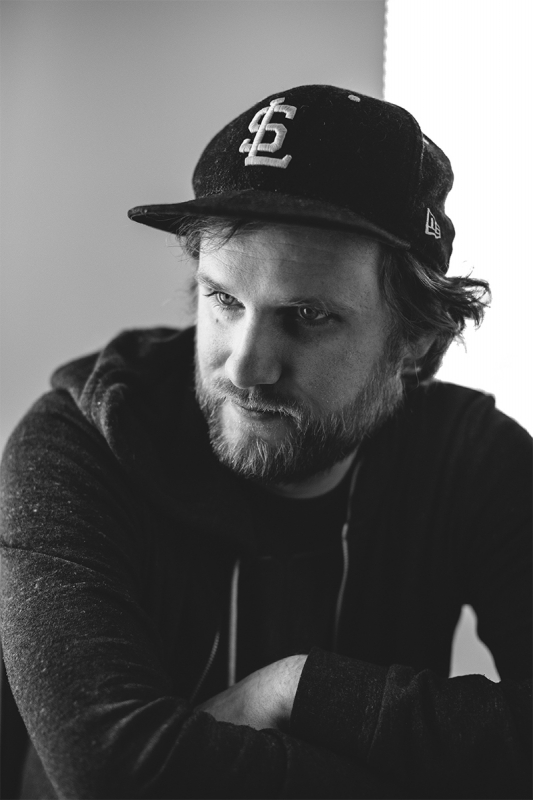 When it comes to electronic music, most people’s minds automatically stray toward the likes of Skrillex and other Top 40 DJ/producer combos like Calvin Harris or Diplo. However, the more genuine and—in my opinion—better forms of electronic music are found deep in the niches of the subgenres that pop up in what are oftentimes hard-to-reach places. In other words, good electronic music isn’t always easy to find. Local label Hel Audio is one of the best examples. Karl Jørgensen, a local electronic artist who has performed under the moniker OK Ikumi for over a decade, wanted to create a platform for electronic producers both locally and around the world to share a brand within a similar niche aesthetic. Thus, his record label Hel Audio was born as a way to connect with other local talents and compile those with a similar sound into one, shared artistic vision. “It was just the friends I had around here. I felt like [their music] was underappreciated and unorganized,” says Jørgensen of what inspired him to create Hel Audio. “I would see a lot of really creative people that didn’t really have the motivation to release anything. I wanted to make something to collect and catalog the scene and also to help motivate people to put stuff out there.” Hel Audio’s 2014 compilation, Industry, showcases the various local and international talent on the label.

Industry features 15 tracks from artists on the label and shows that, stylistically, Hel Audio has a lot to offer. The music on Industry ranges from the downtempo, alien-like but beautiful sounds of OK Ikumi and Mooninite to the more uptempo, glitch-pop stylings of artists like Siak or Cerci. “It has to be good, but it also has to fit with the overall aesthetic that I’m going for,” Jørgensen says of how he chooses which artists to feature on Hel Audio. “It’s not strictly ambient or experimental, but I’m trying to be a lot more open to the weirder side because it’s hard for that side to get attention.” This isn’t the sort of label you’d find a club banger on, but fans of artists like Sophie, XXYYXX or Cashmere Cat will be pleased to find some local talent who actually experiment with sound a little bit further than making the sickest bass drop you’ve ever heard. “We’ve done uptempo stuff,” Jørgensen says. “Siak is working on a solo release, and it’s a straight ’80s electro breakbeat sound.” Other recent releases from Hel Audio include Braeyden Jae’s Culture Complicit, Mooninite’s Soda, Metatag’s Surrender and Matt Nida’s Explorer.

Before Hel Audio, OK Ikumi collaborated and toured North America multiple times with various artists, and even spent a month touring around Japan in 2008. “When you tour, you learn a lot about music and what you need to change or work on,” says Jørgensen. “I played four or five shows over the course of a month. It was really good for learning and [a] positive experience. I think the positivity I felt there led me down the path to start this compilation.” For inspiration, he credits Utah’s beautiful scenery. “I particularly like the mountains around here. I’m not really a desert guy,” he says. Around the start of Hel Audio, Jørgensen collaborated with local artist (at the time) Ben Best on a few projects. “The two of us would just hit record on a tape four-track, and once we had a few tapes worth, I would go through and pick stuff,” he says of working with Best, who now lives in Seattle. “It was very much like we were detached from it, and neither of us really cared what came out of it on a perfectionist level. It was a good practice in being all right with imperfect material.”

Since the label’s inception in 2012, it has grown both locally and to an international level, attracting artists of a similar aesthetic and sound to join forces under Hel Audio’s brand. “We’ve released θ’s [Theta] stuff—he’s in Norway,” Jørgensen says. “We also have Corduroi, who is in Austin, Texas, and Matt Nida, who is in London. We’ve also put out vinyl, which was a big milestone.” The brand is still in a growing process, though, and he explains how the label extends the music out to listeners who are after physical copies of the releases. Hel Audio releases are offered on cassette tape or can be downloaded digitally from the label’s website.

Music is only one half of the equation that makes up the brand that is Hel Audio. Working with a lot of photo manipulation, the label has created a minimal yet beautiful visual aesthetic to go along with the music. “I want to make things that look and sound cool—the visual context can add a lot to the experience,” Jørgensen says. We discuss the 10 or so different pieces of artwork that cover the releases that he brought with him. Many covers feature geometric designs in black and white or are reworked images of nature, showing mountains in unnatural colors or photos that have been slightly altered from their original state.