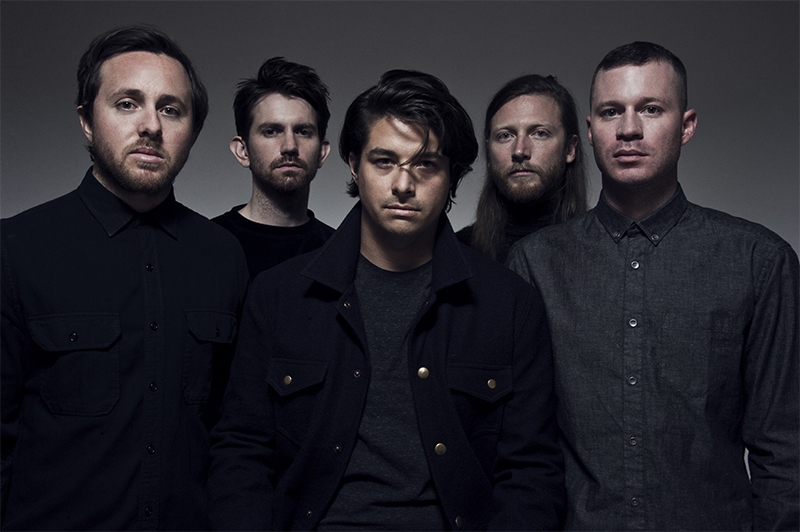 Hell of a Ride, Into the Wide: Interview with Delta Spirit

Delta Spirit hit Urban Lounge Monday, Oct. 20. Photo: Matthew Pandolfe and Styling Ashley Owens
Almost two years has gone by since Delta Spirit’s last album release, and the boys from San Diego have been busy moving across the country, fighting cramped spaces, replacing damaged equipment and constructing their moodiest album to date. Thankfully, SLUG had a chance to talk briefly with bassist and Delta Spirit co-founder Jon Jameson about their new release Into the Wide.For those who came to class unprepared, Delta Spirit is a group that formed in 2006 and impacted the music scene with their first album Ode to Sunshine in 2008. Their high-energy synthesis of folk, rock and soul influences led them to play with the likes of Dr. Dog, Clap Your Hands and Say Yeah, The Shins, and many others for a total of 293 tour dates in 2009 alone. Since then, the group has released two albums, an EP, lost and replaced a guitar player, and finished the recording of their brand-new collection this year.“We wanted to make a record that sounds like a soul record,” Jameson says. “That was more of the ethos of what were going for.” So Delta Spirit packed up and moved to an enclosed basement in Brooklyn, New York in 2012. Considering that each of their past album releases were written in specific locations, it’s not surprising that Delta Spirit would feel drawn to the significant difference in vibes between Brooklyn and San Diego. However, they weren’t exactly prepared for the events that awaited them on the East Coast.“[Our space] was like a little cave,” Jameson says. “There were no windows, a really low ceiling, and it was just a brick basement, basically. The AC broke in the summer and our drummer could barely play for longer than one song before he had to take a break, and then it was a freezing winter, and then on top of all that, Hurricane Sandy came through and filled the space with six feet of toxic sludge water.”

Wow, is right. While damaging a few instruments, the hurricane hit their recording and sound equipment harder. Thus, the band was forced to replace almost everything while still adjusting to the other extreme conditions of a living space which was far from home. However, it was the shared feeling of entrapment that allowed for Into the Wide to come into being. “The sentiment and the musicality of the album is a longing to get out,” Jameson explains, “and I think at that time, for us, that meant getting out of this cement block and back into nature or back on stage.”

If you’ve listened to this album, the backstory connects a lot of dots. Into the Wide gives us a new kind of energy from Delta Spirit which borders on the spiritual. From emotional anthems like “Push It,” to the building ballads such as “Patriarch” and “From Now On,” it’s hard for anyone to deny that palpable element of longing and hopeful despair. And although they didn’t necessarily plan on it, “Into the Wide” seems to be the most thematically consistent record they’ve yet to produce. The reason, Jameson believes, is because the songwriting process was completely democratized.

“It took a year of writing songs and demoing them and not being very sure if it was working,” Jameson says. “[Matt Vasquez] was writing tons of ideas and sometimes it would work really well, and other times it would fall flat on its face…but we’re all very opinionated and so the song isn’t ‘the song’ until all five of us agree on how it’s coming out.” As you can imagine, this makes the recording process somewhat of an uphill battle, but the results are entirely worth it. With the help of producer Ben Allen, Delta Spirit was able to condense a very intense 18 months into 12 elegant tracks.

When I asked Jameson what has changed the most between now and the time when they were just getting started, he said that their goal has always been to reach as many people as they possibly can. In this respect, he says, they haven’t budged. “[In 2006,] we were just kids living at our parent’s houses and playing music full time because we didn’t want to have jobs,” Jameson laughs. “You can’t really recapture that innocence. For Into the Wide, we’re older, we have different perspectives and different interests, but the basic idea of the band has stayed the same: play the music we want to play to those who want to hear it, and as often as possible.”

It’s this sense of commitment to their music, as well as to each other, which has made Delta Spirit so endurable in an era where everyone is concerned with genre labels and musical consistency. “No one ever knows how to talk about our band, so it makes it hard to sell your product,” Jameson says. “At the same time, that’s what makes us special, because [our sound] doesn’t really fit into anything that’s happening in the moment. It seems to be outside of that.”

Looking forward, Delta Spirit has finally escaped their dungeon in Brooklyn, and are living in separate parts of the country for a little while. At the moment, Delta Spirit is currently touring for Into the Wide and are heading west towards our town. Given their reception here in the past, Jameson says that they’re excited to be coming back. “I actually really like Salt Lake City,” Jameson says, “I bring a little fold up bike with me on tour to drive around and see cities. Salt Lake is one that I was surprised to find how beautiful it is.”