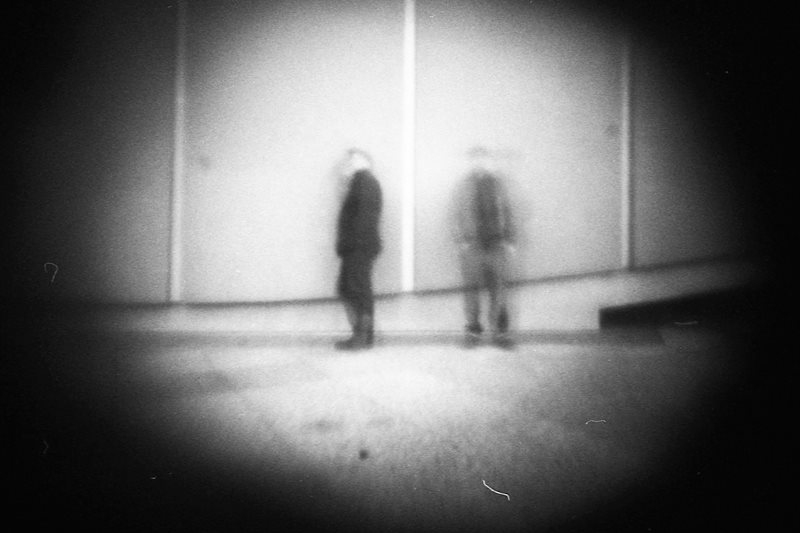 Haujobb will play The Complex on Dec. 13 Photo: Haujobb

Honing in on Haujobb

Haujobb will play The Complex on Dec. 13 Photo: Haujobb

It has been almost 15 years since the German band Haujobb has visited the Beehive State. Personally, I felt their last performance here was unforgettable. The band consists of the great electronic music masterminds Dejan Samardzic and Daniel Myer. SLUG was granted the honor of conducting one of the few interviews that they will be doing on the Eye Vs. Spy Tour.

Growing up in the ’80s with so many advances in technology and style influenced the duo to create music, so I was not surprised to hear a variety of music styles had influenced them. Myer says the styles varied “from Depeche Mode to Metallica—from the Pet Shop Boys to Skinny Puppy, etc. etc.. Everything that was interesting for us.”

A 22-year tenure of making music together shows their talents are amazing, innovative, and limitless. When they are working on a project together, they both contribute to the process. Myer says, “It´s pretty equal, but it also varies from song to song.” Samardzic’s view is a little different, but shows their true dedication to the music and style of the band. He says, “Of course there´s things that one can do better, or has more patience for than the other. It´s an essential combination for Haujobb. No one of us could do a proper Haujobb record on his own, I guess.”

Myer’s past side projects include HMB, Clear Vision, Newt and Destroid and one of his many current ones like Architect. Myer has become a fixture in the electronic music industry, seeming to have his hands in quite a few things these days, saying “It´s too many, for me, at least.” In 2002, his peers in Leipzig initiated an annual event that is named in his honor. Planet Myer Day has been running strong for over a decade now.

Samardzic keeps busy with running the Basic Unit One label, doing remixes and writing for his side project DSX. As with a few of the great electronic acts, their new label was created so the band could be more in control of their music and how it is promoted. Samardzic says, “We love to help release other artists’ music that other labels might not want to pick up for some reason—like, let´s say from a commercial perspective, plus other things.” He also touched on the type of artists they are looking for, “Well, mostly electronic, I guess. We want to release unique, outstanding stuff—at least what we consider it to be. That´s why we actually don´t release much at all.”

There are so many technological advances in the types of electronic music going on, I was curious to which type of instruments they use to produce their music. Myer says, “I use everything. It doesn´t matter.” As for Samardzic, he says, “I started going back to analog synths and hardware more and more. I have not touched a software synth for about a half a year now.”

Haujobb recently did a crowd-funding project to help cover some of their costs for the U.S Tour and achieved the goal in less than 24 hours. This is a small representation of how much the American people have missed their live music. I wanted to know how it made them feel. Myer replied “We are very grateful! It´s very surprising for us how this turned out, people wanted to help, they shared this all over the internet and everything. We never considered doing crowdfunding at all. It might be the last time as well.” This is such a humble remark from such groundbreaking duo.

When it came to the lineup change of their current tour, the guys did not have much to say about their feelings on it other than, “We´re just happy to be able to be on this tour.” They did have something to say to their fans in Salt Lake City though. “It´s been too long,” Myer says, “You were good to us. Let us be good to you again.”

Haujobb will be playing at the Complex on Dec. 13. The other powerful acts of the Eye Vs. Spy tour are industrial music legends Front Line Assembly, Skinny Puppy and the new fresh sounds of Youth Code. There is not one band on this roster I am willing to miss.