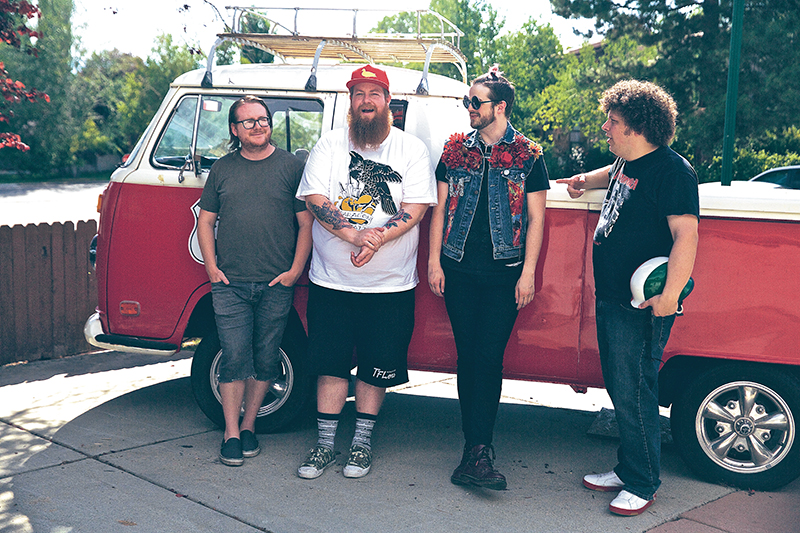 Emerging from the ever-growing musical crop of Provo, Utah, artistic collective House of Lewis are establishing themselves as one of the leading figures for rap and hip-hop across the state. The group recently won City Weekly’s “Best of Utah” music competition in February, which earned them an opening spot for Run the Jewels and Flying Lotus at this year’s Twilight Concert Series, and they are currently gearing up to perform for the Craft Lake City DIY Festival. Beginning in 2010, co-founders Chance Lewis and Adam Hochhalter (aka Apt) set off to establish a musically driven community for their hip-hop starved city—essentially from the ground up. “Me and Adam would go onto SoundCloud and were finding bedroom rappers to come and open for our shows because there wasn’t a scene,” says Lewis, “but we wanted to create one.” So they did.

In the span of a few years, Provo’s small but growing hip-hop community eventually brought Lewis and Hochhalter into orbit with their future crew mates DJ Skratchmo, Donnie Bonelli, Atheist (Scott Knopf) and DJ ChuOnWax through venues like Velour and Muse Music Cafe. Though they initially played shows for mostly each other, the guys behind House of Lewis grew in their performance styles by including themselves with cross-genre acts around Provo. Thus, each rapper acquired his own unique set of musical influences, which led to the diversity of sounds and styles expressed from their shared beats. When together, House of Lewis create a collage of rock, hip-hop, funk, soul and even indie sentimentalism. “I don’t know if there are any other rappers that will bounce between genres as much as we do,” says Knopf. “There’s just so much talent in Utah to work with that we [try and] work with all of them.”

It’s this shared sense of community and grassroots dedication that makes House of Lewis such an impressive group of guys. Especially within the tribe, members are constantly using the collective to support and challenge each other for both solo and shared material. When asked about any upcoming releases, the band listed at least seven different projects that are currently in progress between the six of them. “We all fit to each other’s styles,” says Hochhalter, “and we like each other’s stuff, too, so there’s hardly any creative conflict.”

Make sure to catch their award-winning rhymes at the Craft Lake City DIY Fest and preview them online at thehouseoflewis.com or on their Facebook page at facebook.com/thehouseoflewis.