00:00 / 16:39
Spotify Stitcher
RSS Feed
Share
Link
Embed
Pull out your iPhone and tap this into your calendar: March 22 at the Urban Lounge, the sunny sounds of ODESZA are gonna straight-up warm your winter bones. Before they bundle up to visit our Wasatch mountains, SLUG spoke with Harrison Mills, AKA Catacombkid.

How Did I Get Here? An Interview with ODESZA 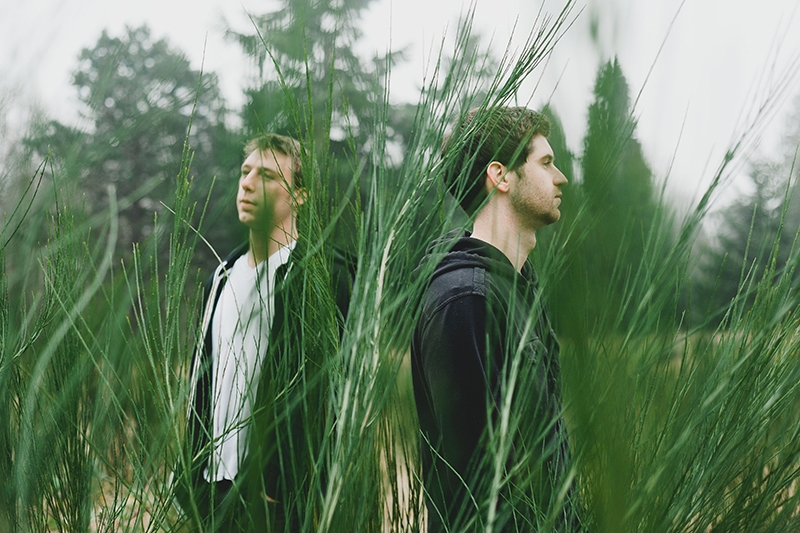 Pull out your iPhone and tap this into your calendar: March 22 at the Urban Lounge, the sunny sounds of ODESZA are gonna straight-up warm your winter bones. Before they bundle up to visit our Wasatch mountains, SLUG spoke with Harrison Mills, AKA Catacombkid, who, together with Clayton Knight, AKA BeachesBeaches, encompass ODESZA. We spoke about the creative process, the trajectory of the ODESZA project, and their ties to Salt Lake City.

SLUG: Can you explain how you and your partner work together during the songwriting process?
ODESZA: Usually one of us will bring to the other person a loop, which can easily be something like some simple chords on a piano, or some drums or a sample, and we’ll start building off that. One person will start building the base, one will start building local chops or melodies on top of that, and we just build and build until we have too much, and then we try to pick our favorite parts and things we think that we think are most important to the track. We basically build as much as we can and fight off the things that we don’t need, and then finish the track like that.

SLUG: Do you two work remotely, or physically together?
ODESZA: We see each other probably every other day. We work at home, too. We’ll meet up within a day or two of us working, and just update each other on what we’re doing, and hand stuff off all the time.

SLUG: And did you always imagine you’d make a career out of music?
ODESZA: I was a New Media Design major, so I did a lot of graphic design, and web apps, stuff like that. When I was graduating, it seemed like a perfect opportunity to use my degree and use my hobby, which was music, so I got to make our T-shirts and our album covers, and work on music videos, and stuff like that. So, it was just sort of a project, and from those projects we didn’t really expect anything out of it, it was just something fun to do. As it took off, we just kind of went with it, and figured this is the time when we don’t really have any responsibility.

SLUG: What’s your live setup like?
ODESZA: We’re both running Ableton, and we have our computers synched together. Clay is usually working with most of the bass and drums, and I’m working with all the top melody, vocal chops, pads and stuff like that. We’re just kind of chopping and tweaking things with an APC40, we each have one, and we also each have Maschine Mikros, and we’re tapping out chops and melodies and drums and the likes.

SLUG: Do you have any crazy visuals to go along with it?
ODESZA: We’re actually working on that right now, because we’re doing our first headline tour after we get done with our tour with Emancipator. Usually when you tour with other bands, you don’t really have a crazy set up, because the headliner is probably going to have the most outrageous show, so you’re just meant to warm up the audience for them. But for our headline show, we’ll be bringing projections and lights and stuff like that.

SLUG: Do you work on that yourself?
ODESZA: I’m working on it with a friend of mine from school, and we’re trying to figure out the best way to do everything, because you really have to think about, “I have to drive with this in the back of the bus, and I have to make sure I can set it up every day.“ There’s a lot of little things that you have to make sure work before you can really design around that. It’s kind of cool though, you have these little requirements and stuff like that, but it’ll be fun.

SLUG: How has the creation of your music evolved over the time you’ve spent working together?
ODESZA: We think a lot more about what we’re doing when we’re doing it, which is both good and bad. I think it’s more good nowadays, because we’ve learned a lot more about production, either through traveling with other artists, or just watching YouTube tutorials and reading up on music. We’ve learned how to mix and master so much better, we know how to handle our files, and certain ways to do other things, and we’ve learned who’s gotten better at certain things, like [Clay’s] better at chord melodies, so we should have [Clay] do that to get a song done quicker. In general, it’s just been learning and maturing.

SLUG: How did the No.Sleep mixes on SoundCloud start, and how do you choose what’s on them?
ODESZA: Basically the No.Sleep mixes are just songs that we heard recently. We dig on SoundCloud constantly, so it’s just songs that we’ve recently listened to, or songs that have influenced us. It all started because there’s this company called Jiberish and they’re based out of Denver, but they have a company in Boston, too . We stopped in their shop to play a little DJ set, and we had never really done one. So we went in there and just put some songs together that we were really digging, and one of the guys that worked there was like, "I’d love for you guys to do a mix for our company," and then that was the first No.Sleep mix, for Jiberish, and then it kind of took off and we started making them every month.

SLUG: What are you influenced by lately?
ODESZA: There’s this guy named Mr. Carmack. He’s a SoundCloud pioneer, he puts out a song out like every four hours and they’re all really good.

SLUG: What’s been the biggest surprise as you’ve been involved in the duo?
ODESZA: That we could actually do this for a living.

SLUG: Any specific examples of something that really impressed you?
ODESZA: When we found out that we got to play Sasquatch, which is the biggest festival that we have over on the Northwest that me and Clay love (it’s our favorite festival). To get invited to that during our first year of making music, we were pretty blown away. That was one of our big bucket-list goals, so to get that that early was really amazing.

SLUG: What are your goals moving forward?
ODESZA: We’re thinking pretty big right now; we have pretty big goals. But if you don’t dream big, our attitudes probably won’t go that way, so we try to think of stuff in a big way. We would love to eventually one day get a label going, produce for other artists—there are a lot of different outlets that we’d like to be a part of. We’d love to work on soundtracks, and tons of other stuff. Anywhere where we can be a part of it, and it’s creative, we’d love to do that. We like experimenting and trying new things all of the time.

SLUG: What do you think of Salt Lake?
ODESZA: I love Salt Lake, because I have friends that ski there a lot. One of my good friends who basically got me started in the business by using my music in commercials, who’s a film-maker, is from there, so every time I go back there I have a good group of friends, and usually it’s a really fun show because everyone gets really rowdy and brings out the old crew. There’s a company called Saga out there, and they’re sponsoring the show. They’ve helped us do things from the beginning, so it’s really cool. I feel like we have roots there even though we’ve only been once.

SLUG: Do you ski yourself?
ODESZA: I used to ski a ton, but then I spent all of my money on music.

Buy your tickets in advance at your local Graywhale shop, Diabolical Records or at 24tix.com. It’s sure to be a groovin’ night!