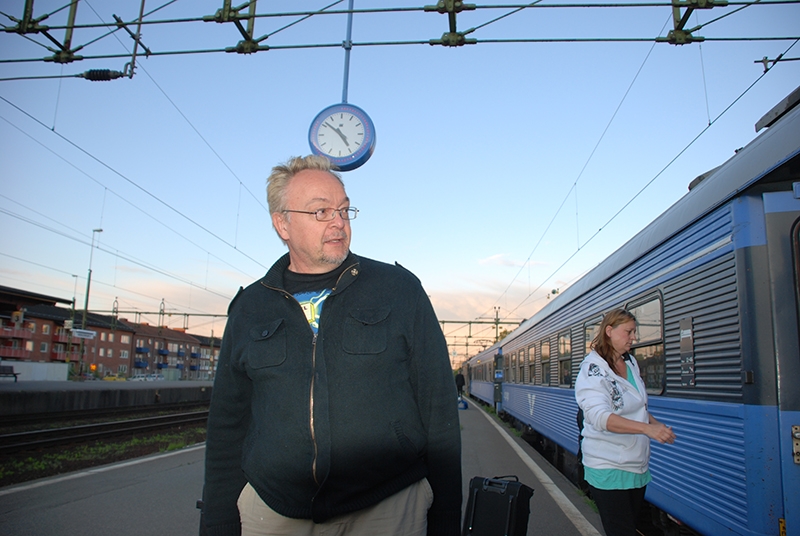 I Am Thor: King of Muscle Rock

Mention Jon Mikl Thor in the right circle of people, and you’ll know right away what makes the man a legend. His band, Thor, never achieved the same heights of commercial success reached by their contemporaries. They’re not booking sold-out shows every couple of years to support an endless stream of new releases, coasting on lucrative record deals or living a life of luxury.

However, Thor is bending steel bars in his teeth, still standing as a testament to the resilient spirit of rock n’ roll.

That might seem like an oversimplification, but in reality, his live performance is still an unforgettable experience. “I think that if people put down their dollar, they want to see a show,” says Thor. “I want them to leave satisfied that they’ve seen a great show and they’ve heard some tremendous rock.” Performing an array of strong-man feats and changing from costume to costume during his set, Thor built his rock n’ roll career on the strength of his charisma and theatrical prowess.

Fifteen years ago—a few years after he started touring again—he encountered a pair of filmmakers who began following his life and daily struggles, creating the Slamdance documentary that would become I Am Thor. “Ryan Wise and Alan Higbee saw me play in Seattle,” he says, chuckling to himself. “That’s right, this is an epic 15 years in the making.” He still hasn’t seen the film, which will be premiering at this year’s Slamdance film festival, but he knows that it won’t be pulling any punches. “You don’t know what’s going to happen when you do a documentary,” Thor says. “They followed me more and more through the ups and the downs—and believe me, there were plenty of downs, mishaps and crazy things. Some of the stuff, I don’t even believe.” However, he’s planning to travel down to Utah this month to see the film for the first time.

Though his interest in performing live rock music was galvanized in the early ’60s by the British Invasion, he first decided that he wanted to perform when he encountered science fiction. “Growing up in the ’50s, I was always into The Adventures of Superman with George Reeves on television, and movies like Invaders From Mars,” he says. “I had always wanted to put together some kind of theatrical event—didn’t know quite what it was—that would display all these elements that I enjoyed and I felt other people would enjoy.”

The world of rock began to change in the early ’70s, when bands like KISS and Alice Cooper began amping up the theater of their performances. Technology like laser-lights and pyrotechnics started becoming a regular facet of the rock scene, making live shows bigger and crazier than ever before. Thor finally saw an opportunity to make his childhood dream a reality. “I could just go wild with my theatrics,” he says. “I drew all kinds of ideas and concepts on my drawing board—like becoming this superhero character and science-fiction character, fighting monsters and doing strength feats.”

It’s one thing to pull off an illusion or a trick onstage, but Thor’s feats were the real deal. He’d spent much of his youth competing in body-building competitions, and by the time he became the Legendary Rock Warrior, he was already the first Canadian ever to win both the title of Mr. Canada and Mr. USA. He even learned some secrets from the great body-builders of his time. “Doug Hepburn was, at one time in the ‘50s, the strongest man in the world. He lived in Vancouver, and I used to get secrets from him,” he says. “He could actually bend a dime in two with his fingers. I could never quite perfect that one.”

For more than a decade, Thor was at the top of his game. His live show dazzled audiences in the US and Europe. Nobody else was pulling the kind of stunts he would attempt live and, at the time, he seemed like a shoo-in for permanent rock star status. However, a series of incompetent management decisions ended up stunting his career, preventing him from ever achieving the star status he craved. “I pretty much got out of the business,” says Thor. “I tried a new life. I built a house down in Charlotte, North Carolina.”

After about 10 years of obscurity, Thor decided to get back on the touring circuit. It wasn’t an easy decision, either. His physician said that his live stunts could potentially kill him, and his wife left him when she realized he wouldn’t be dissuaded. The touring life was rough, and his shows weren’t bringing in tons of fans. Through countless lineup changes and setbacks, Thor still maintained an impregnable sense of optimism about the future.

For someone who has seen the absolute best and worst of what the world of music has to offer, Thor still believes in the dream. “Heavy metal is something that transcends time,” he says. “It lives forever, generation to generation. [Fans] appreciate the elders. I’m one of the guys that keeps on going, keeps on kicking.” For now, Thor plans to release a new album in 2015, featuring a list of high-profile rockers, including Henry Rollins, Jay Jay French and Richie Stotts. “Life’s exciting, man,” says Thor, audibly smiling through his words. “I’m doing what I want to do. If you can find something you can enjoy doing, that makes life wonderful.”