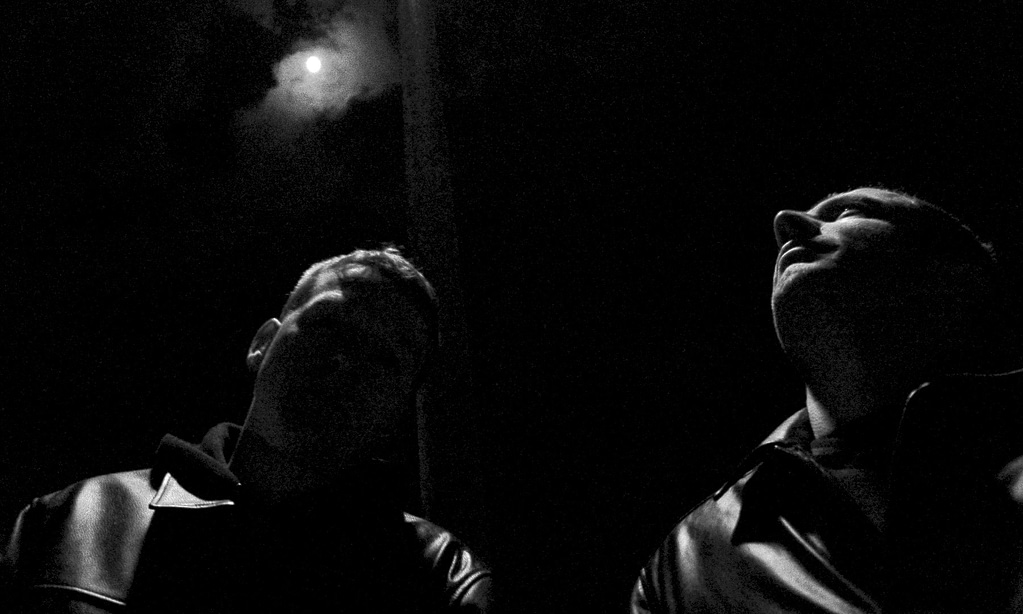 J.K. Broadrick and Jesu exercising the Ghost of Godflesh

Chances are that if you listen to heavy or experimental music you know about Jesu and its creator Justin K. Broadrick, someone that bleeds talent from every orifice. The man is constantly busy writing and recording material, whether for his main project, Jesu, or with other bands such as Final, Techno Animal, Sidewinder and Curse of the Golden Vampire. Broadrick also recently leant a hand for Sunn0))’s live shows in the U.K. You may also know him from his groundbreaking work with the likes of Napalm Death, or more famously the mighty Godflesh. So what does it mean to have your name attached to so many different projects? Ultimate creativity in diversity.

For most fans, Godflesh was the key point in getting into what Broadrick’s musical output. With countless albums under their belt, Godflesh finally called it quits in 2001 after bass player Ben Green left on the eve of their tour in support of their last album, Hymns. Unfortunately after that, the band imploded.

“At the end of Godflesh, I felt like I was repeating myself. Mostly the reason was I just didn’t feel like I was being honest with myself; it has to be completely from my heart otherwise I feel like I’m not only selling myself short, but the audience as well,” Broadrick said.

Shortly thereafter, Jesu was born from the ashes of Godflesh; but fans had to wait four years until they would hear the final product: the self-titled debut album. In February, Jesu’s second full-length, Conqueror, was released. Jesu has become its own animal; bridling with new passions and sounds far from the realm of Godflesh. “Initially, Jesu was in a transitional phase. I think I was still attempting to exercise the ghost of Godflesh; so finally with Conqueror, we exercised the ghost Godflesh,” Broadrick states.

The band is ultimately under control of Broadrick but the members are happy to play under his direction. The ranks of the band include Ted Parsons who has been the drummer for Prong, Swans and Killing Joke and former FINAL bassist Dairumid Dalton.

“It is sort of a pleasant dictatorship,” says Broadrick

Instead of full on anger and aggression, Jesu takes a different route in their songwriting and sound. Discussing influences and inspirations, Broadrick happily went into detail as to what drives him musically in the creation of Jesu songs.

“Mostly what is central to the sound of Jesu is the sadness of the world, just the ultimate sadness that we live with day to day. It is me trying to express that range of melancholy emotions. The music is sort of uplifting as well to some extent. I’ve really focused upon that with Jesu instead of Godflesh, which was really reactionary and centered around nihilism and hatred.”

Being an animal of the studio, Broadrick has already written material for upcoming EPs and splits. The writing process is a constant one; he feels as though his creativity is best utilized in a studio environment where he is constantly creating. Broadrick was also one of the first producers of heavy music to cross over and remix songs from other bands, which has him playing around in the electronic music genre. He first started remixing songs in the early 90s and actually called some remixes for Pantera.

Jesu has no doubt undergone many changes since their inception; the first album contains screams and heavier guitars. While the new record, Conqueror is slowed down, filled with a rolling of soft and harsh melodies with layer upon layer of distinct sound. Broadrick’s voice is almost angelic in a non-spiritual sort of way. The music is concocted in such a way that every time you listen to it you can always find a note, space or sound that you hadn’t heard before. Overall, it’s really hard to get tired of.

For those in hopes to see Jesu on tour this spring opening for Isis particularly for the slated March 30th In The Venue show, they may have to hold their breath. The bands work permits for entry into the country have not been approved for the US tour, and as of now it is up in the air whether or not the band will be able to make their first US tour. Bass player, Diarmuid Dalton’s work visa has been refused so for the tour, Dave Cochrane will fill the slot. Drummer Ted Parsons will also be unable to make the tour due to family commitments and will be replaced by Danny Walker current drummer for Intronaut. I’m keeping my fingers crossed that all of this will be cleared up long before their Salt Lake show.