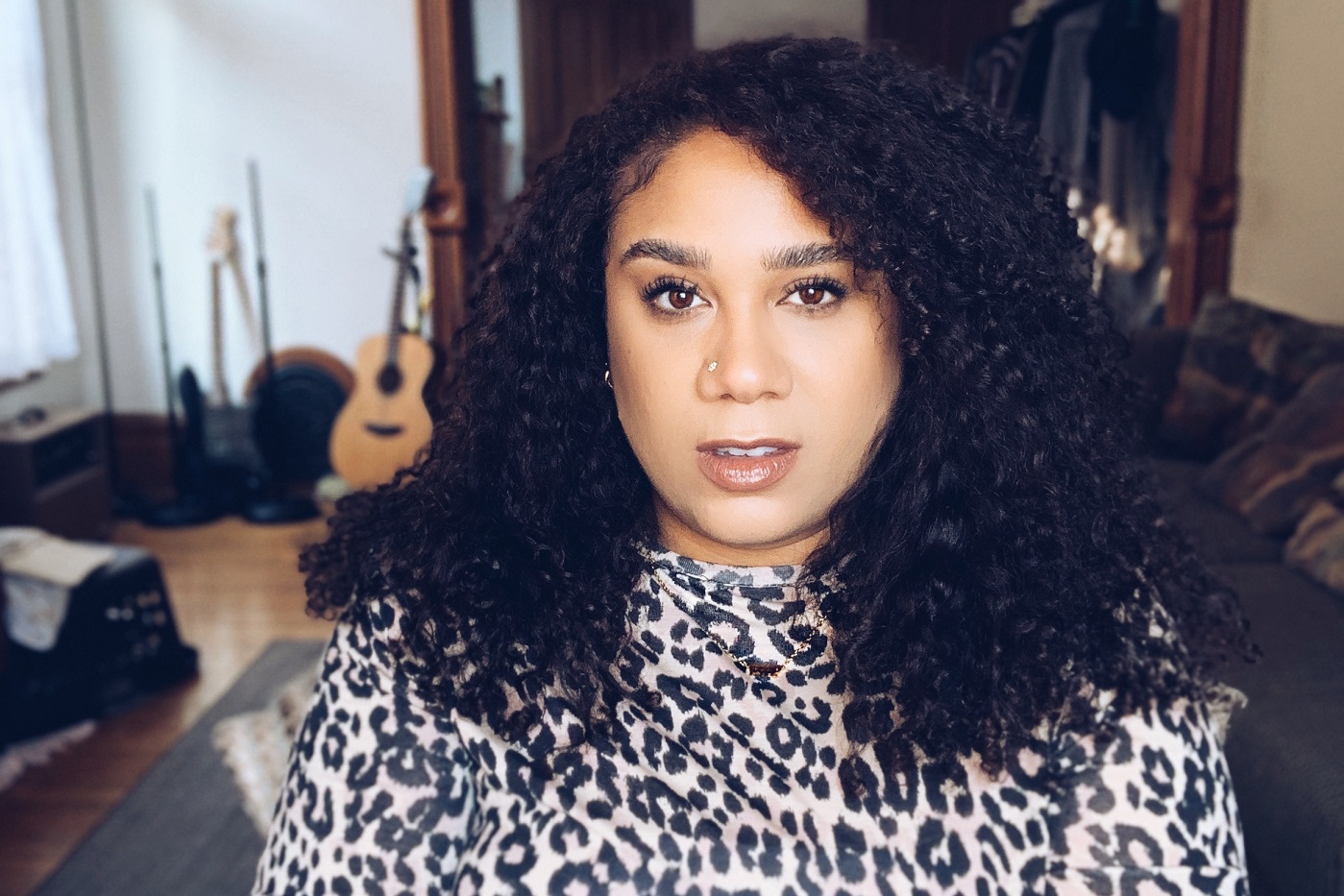 Music released this year often seems to fall within two camps: pessimism around the current state of affairs or selective nostalgia toward what used to be. The virtual landscape shows that many are drained of optimism. However, while the subject matter of COVID-19-era art may be defined by doom and gloom, the creative act itself stands firmly in defiance of it. During one of the most stressful and isolating periods in recent memory for most artists, the work has not stopped, and creation continues. Jazzy Olivo, for instance, has been steady at work on a new EP. Along with her band, she’ll be putting on a virtual concert to help spread the word about the GoFundMe campaign they’ve started to help fund the project. This will be streamed via Facebook Live through the Excellence in The Community Facebook Page on Saturday, Nov. 21, at 7 p.m. MDT.

“You quit today, and tomorrow you wake up and play your instrument like nothing happened,” says singer-songwriter Jazzy Olivo of making music during this time. “This is pure air.” Born in the Dominican Republic, Olivo has been her own source of oxygen since the age of 3 when she began singing and acting. Traveling through winding rivers and unpaved roads, she made it to Salt Lake City where she’s created a musical forest out of some of the best jazz musicians the city has to offer. Together, they are embarking on her first EP.

“I call my band The United Nations Band,” says Olivo. “We all come from different backgrounds but unite in our love of jazz. Everyone has brought their individual style and blended it with my initial ideas. This is our fun project. It is our hang time and that makes it special.”

“You quit today, and tomorrow you wake up and play your instrument like nothing happened.”

As those of us who have strayed far from our birthplace know, one day you get on a plane, and next, you have a whole new life filled with people, customs, memories, habits and values that would be inexplicable to that young kid in coach. Olivo’s upcoming EP follows this same story arc. “I’ve been writing music here and there for the last three years. It slowly but surely became apparent I was making an album and didn’t even know it.”

She wrote her first song three years ago while living in Mexico. Armed with a broken heart and a $12 guitar, “Para Tí” was the tipping point. Once she was back in Salt Lake City, she recruited Courtney Isiah Smith and Mychael Johnson to assist in transforming this sweet lullaby into a fully fleshed-out piece of music. Smith takes on arranging, cowriting and keyboard duties while also sharing production responsibilities with Johnson. “They are the perfect creative duo in terms of the heart of this project,” says Jazzy. “They have been able to define our sound.”

The roster grows from there with the addition of Candido Abeyta on woodwinds, Alicia Wrigley on bass, Parker Swenson on drums and Kenji Ahijara on guitar. The level of instrumental proficiency in this group is pretty hard to exaggerate. You need musicians of this caliber to be able to traverse the vast range of stylistic terrain that Olivo seeks to explore. While the group’s stylistic anchor is jazz, they make sure to explore that genre from many different vantage points. Their current online offerings can be heard pulling from flamenco, neo-soul, afro-caribbean drumming and hip-hop. Because of this, they are a shoe-in for an Excellence in The Community showcase.

“I’ve been performing online since COVID-19 started,” says Olivo. “It was very challenging at the beginning; I needed the audience. But we had to learn from it and adapt to the new normal. Now we relax and let it be. It’s so silent that now our performances feel like a recording session and that’s also fun.”

“We all come from different backgrounds but unite in our love of jazz.”

The online concert will also serve to bring attention to a GoFundMe campaign that Olivo started in order to finance the EP she’s working on. “Initially, this project was going to be funded by whatever money I could get from gigs and collaborating with friends, but we are all struggling to find spaces to make music and be compensated by it.” Should she hit her goal, those funds would go toward recording time, production costs, paying all the musicians for their time and promotional materials. The aim seems to be not only to create something that is of high quality but also something that engages the community and fuels our local economy. “I see this campaign as a way to help provide jobs, funded by our community, to local artists.”

On Olivo’s SoundCloud page, you can find a live version of “Para Tí.” It’s a little over eight minutes long, and the first thing you hear is crowd chatter, forks and glasses clinking. Jazzy introduces the song and offers some context about how it came to be. The song starts and the rustling of patron voices continues undisturbed. The fact that they are unbounded by face masks is far too loud in the mix. I think of all the shows I took for granted, all the songs I talked through, all the openers I ignored so I could beat the between-sets bar rush.

The song tilts toward the selective nostalgia camp. But that’s not all there is to be had. Light shines through the kintsugi pot that live music will soon become as long as musicians continue on creating. And they will. They have to—for themselves and for us—para mí y para tí.

Make sure you don’t miss Jazzy Olivo and her United Nations band live on the Excellence in The Community Facebook page on Nov. 21 at 7 p.m., MDT. If you’re in a position to contribute to her GoFundMe campaign, please donate here: gofundme.com/f/jazzy-olivo-ep-album.