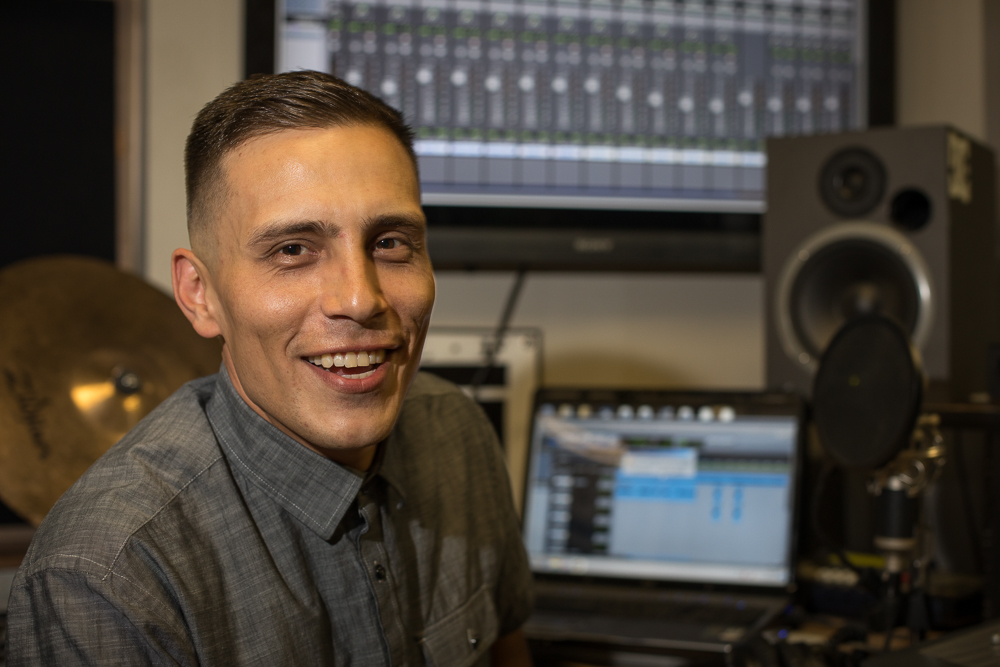 If you haven’t been bitten by any inspiration lately, the Craft Lake City DIY Festival is definitely a good place to sniff some out. Local rapper Jef Doogie will be performing at the festival for his fourth year, bringing a special sort of contagious DIY sentiment to the stage: truthful and heartfelt.

His sound and persona tell anyone paying attention that he is the type of artist who has been through it, keenly observed his surroundings, taken astute notes and kept his head up. He’s ground it out on his terms while putting out some of the most honest and hopeful lyrics local hip-hop has to offer, which isn’t a terribly common trait among those in the genre.

“Life is beautiful, and I’m a cup-halffull type of guy,” Doogie says, “so I choose to focus on the positive.”

As with many likeminded vendors, performers and artists at the DIY Fest, Doogie is excited to be sharing the passion he has for his chosen trade and equally excited to witness that same passion exude from everyone else who will be participating. “Not only do I get the chance to share my craft, [but] it also gives me the opportunity to connect with and observe other folks doing what they love,” he says.

In addition to his encouraging lyrics, one can expect to witness a lively show filled with tales of genuine experiences and a truly authentic human being’s response to them. Doogie writes about what he knows and what he thinks, and he knows small-community values. At a festival celebrating a self-starting culture where creatively unconventional creators take center stage, Doogie is right at home. “It fits with who I am because of what it represents,” he says, “local talent, creativity and entrepreneurship.”

While at the festival, be sure to catch Doogie’s set on Sunday, Aug. 13, at 3:30 p.m. on the 90.9FM KRCL Stage. You’ll probably catch some encouragement in the process. –Billy Swartzfager