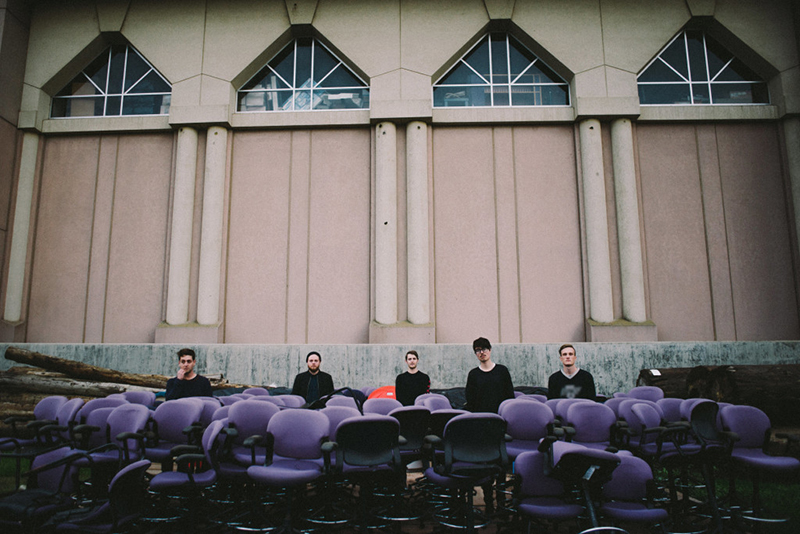 Joywave Want to Dance with You: A Special Interview with a Cheeky Band

Daniel Armbruster of the American indie electronic/rock band Joywave is pure musical goodness. With catchy, energetic beats Joywave has bounced alongside many indie pop favorites such as Bleachers and other Lollapalooza cast members. Usually Joywave wants you to dance, but for the next 10 minutes Armbruster is going to answer everything relevant in the Joywave universe; so perhaps sitting and listening will do for now.

SLUG: I saw you guys out here with the Bleachers earlier this year and the energy was intense. Now that you’re headlining with longer sets, do you still push that energy the whole time?

Joywave: I think if we did everybody would pass out. When you’re the opener you’re kind of the underdog. The crowd could have low expectations, so you really want to go out there and hit them hard. We like the headlining shows because everyone’s there to see you and if they don’t like the music, they could go home.

SLUG: I don’t know if you know this but High School Musical was filmed out here and Utah crowds are a little dance-y. Your local fan base has assured me that if you open with Destruction at Kilby Court you will be a part of the dancing. Will you dance with the Utahns?

Joywave: Yeah … It’s always great when the crowd gets into it. There are so many shows where the audience just stares straight ahead (Even if they’re enjoying it). So it’s nice when we play in our favorite places like Salt Lake City and Rochester, NY and the audience is really physically reactive.

SLUG: So are you guys excited about the year ahead? Seems like you’re in the waning moments of indie-ness and by next year my mom will have you on her iPod.

Joywave: Hopefully the year ahead is good. This fall is our first headlining tour but a few months ago in DC we headlined and it was the first time the audience really started singing back. People come to our shows now and we’re the band they came to see. They know the words to our songs now—it’s just an amazing experience.

SLUG: So what do you do to pass the time between the shows?

Joywave: Drive. We’re still in the van stage of things right now but in the fall we’ll have a bus with bunks. Usually, all we do now is soak up wifi passwords—we’re not that interesting.

SLUG: Since you’ll be here during Salt Lake Comic Con, if your band was a superhero what super powers would it have?

Joywave: Warp speed and the ability to smell wifi.

SLUG: If your band was a movie, what genre would it be?

Joywave: Whatever genre Goodfellas is.

SLUG: That works and if you could wish one thing for your music this year what would it be?

Joywave: I’m a huge hockey fan and when I go to watch it at an arena and see players getting pumped to our songs it feels amazing, so more of that. Hearing our songs at more professional sporting events would be my wish.

SLUG: Are you shooting for the Super Bowl?

SLUG: So is there any message you’d like to leave for Utah before you come out?

Joywave: Yeah, could you tell my cousin Todd who lives in Salt Lake City to come to the show Sep. 25 at 8 p.m.?

SLUG: Certainly and I’ll let him know to get there early so he doesn’t screwed on a parking space.

SLUG: No, thank you, Joywave, and with your powers of warp speed, we hope to see you soon.

Joywave will be playing at Kilby Court on Sep. 25.