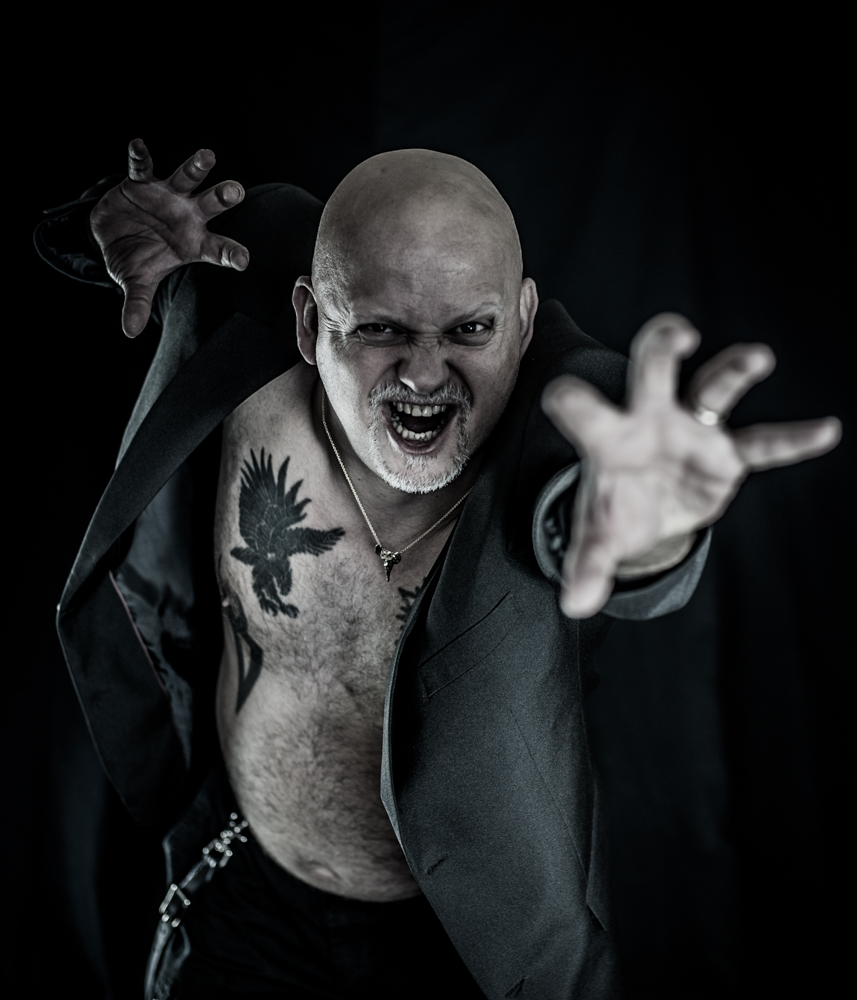 On April 2, Claus Larsen and The Zoth Ommog tour will be making a stop at Metro Bar in Salt Lake City, and we could not be more grateful to have him visiting our city. Larsen has been a part of the industrial and underground music community for almost three decades, and is always on the move. He stays busy with his main bands, Leæther Strip, Klutæ, Am Tierpark and Sequential Access, his duo with Marco Defcode from the Canadian act Decoded Feedback. If you are lucky, you can also find him perform phenomenal impromptu sets with acts like the outstanding Rummelsnuff. Larsen has always left me inspired and motivated to try and make the world a more accepting and loving place.

Larsen was inspired by the music of the ’80s, with bands like Tangerine Dream, The Sweet, David Bowie, Depeche Mode and Camper Van Beethoven, but given the choice of whom he would choose to create an album with, he would choose Marc Almond. “He’s my favorite singer of all time,” says Larsen. “His honest, pure and melancholic voice is amazing. He’s a born performer, and his passion just flows from him no matter what he touches.” Larsen was lucky enough to meet Almond and tell him thanks for all the inspiration he gave him. Larsen found comfort in Almond’s lyrics, as they made him feel that it was not so bad being the outsider he was during his childhood and teens.

Larsen is a very enlightened man who lives an alternative gay lifestyle and was willing to chat with SLUG about some of the issues he faces. There has been some evolution within the underground communities on issues of equal rights, but it seems that we still have a way to go before we reach equality. When it comes to the anti-gay sentiment, Larsen says, “These days, the hate and death threats mainly comes from Russia, Eastern and Southern Europe—but that won’t stop me being as open about it as I am. I’m too old to give a shit.” I asked how he felt about Vladimir Putin. “The hate for my kind is so grown into bones of the general public there, and all throughout the former USSR and eastern EU,” Larsen says. “In my view, [Putin is] so far in the closet himself—and as most of us know, they are the worst bashers out there.”

When it comes to love, Larsen’s is a heart-touching story that defies all odds. Larsen’s husband, Kurt, is in need of a kidney transplant and, amazingly, Claus is a willing donor that is also compatible. It is his No.1 goal to give his kidney to make Kurt’s quality of life better and to put the smile back on his face. The operation was scheduled, but sadly, Kurt had a stroke two weeks before the transplant date was scheduled and has not been strong enough for the operation just yet. When I asked for an update, Larsen says, “The risk is still too high to transplant. He’s getting weaker, sadly, so I hope it will be soon.” As for the quality life that they are living Larsen says, “We’re enjoying life. It can be very easy to let it take over and we work hard on not letting it do that.” I feel this to be an inspiration to those who are struggling with many issues. He goes on to say, “We’re strong together, and it’s been like that for 23 years [on] June 13.” Unfortunately for us, Kurt will be home resting during Larsen’s SLC appearance. The effort and support from the global underground community for this procedure has been a beautiful testimony of how, when it comes down to what is important, we stick together.

This tour will be the longest for Claus in the history of Leæther Strip, and it is a reflection of his early creative style. The name of Larsen’s tour was chosen with purpose and has great significance. Larsen will only play songs from the period of time he was on the German Zoth Ommog label, which was from 1989 until 2000. Regarding the reasoning behind that decision, he says, “I never got to play shows in the USA back then. Two tours were planned but were canceled both times because of shitty and greedy agents. This time around, I want to give the fans the tour they didn’t get when they were young, and show the younger fans what I sounded like back then.”

Larsen has a very intimate connection with his fans, and I use the term “fan” loosely because of the way he treats the people that like his music. It seems that “friends” is a better term. He loves to stay in touch with them via Facebook. “It’s very important for me to have this direct contact,” says Larsen. “I live far away from any club scene, so I love all the input and thoughts from the people who listen to my work.” He also frowns upon the bands that distance themselves away from their fans by lingering backstage, hiding in the green rooms or just getting back on the bus. “This is underground music, and I am just a fan of the scene just like them, and I want to meet them,” says Larsen. Do not miss your chance to chat it up with Larsen and make him feel welcome in our beautiful and open city when The Zoth Ommog tour stops at Metro on April 2. Ludovico Technique will be the traveling support and locals IMPXVIII, Tragic Black and Contaminated Intelligence will kick off the night’s entertainment.