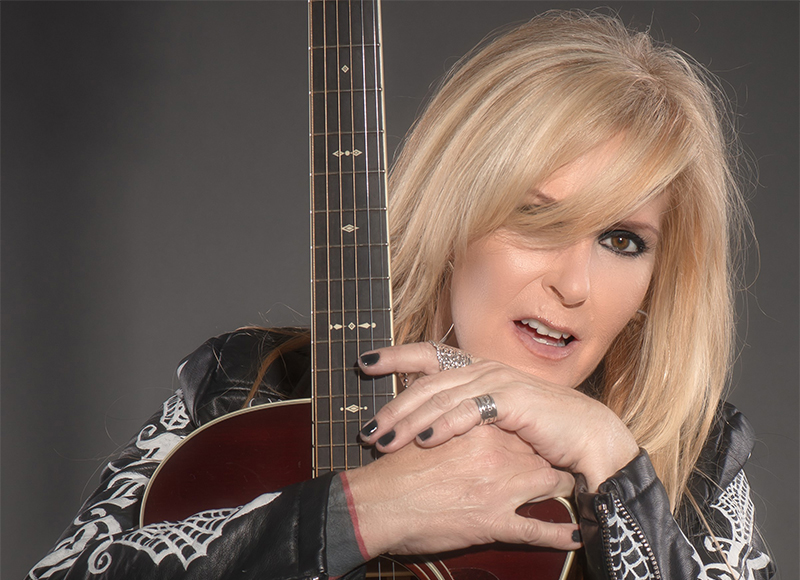 Lita Ford: The Queen of Noize

Lita Ford had quite the storied rock n’ roll career: starting off in The Runaways, she rose to impressive prominence as a heavy metal musician in the ’80s. After years in obscurity, Ford has made a comeback to tell her story in Living Like A Runaway, published by Dey Street Books on Feb. 23. “It’s a story that had to be told,” says Ford. “A chick in a rock band in the ’80s … ya know … I was the only one that really that did what I did—play guitar and front a bunch of guys.” Living Like A Runaway takes readers through Ford’s life, both personal and professional. In it, Ford shows time and time again that she pulls no punches. It’s an attitude that very much defines her way of d Ford was several years older than her bandmates in The Runaways, and she exhibited a determination and seriousness in her guitar playing. “I was trying to move forward in the Runaways,” Ford says. Although not unaware of the difficulties and controversies that The Runaways faced—specifically in regards to management—Ford took care to only write about her own experiences and not speculate about those of her bandmates. Looking back though, Ford views The Runaways as being influential for their time. “The Runaways are a huge influence on girls,” she says. “I don’t know if people either listen to Joan Jett or they listen to Lita Ford. [The Runaways] were before their time too. You know, we weren’t really well accepted in 1975.” Ford points out that presently, it is not as difficult as it was decades ago. “It was difficult for a chick—it still is,” she says. She cites that now, her audience is visibly more diverse, with noticeably more women at the front of the stage than in the past. “It’s definitely gotten better,” she says. “It’s out of the closet, so to speak. It’s OK for a chick to play guitar.”

The ’80s saw Ford’s rock n’ roll career grow leaps and bounds with commercial success, with albums like Lita and singles such as “Kiss Me Deadly.” One could also argue that she was in a league of her own, and her presence in the rock world helped redefine women’s roles in rock n’ roll. The emergence of her strong character was no doubt hardened by the experience of being a Runaway, but came into full fruition in her solo career.

“I moved on,” says Ford. “I grew up … It’s still rock n’ roll, still trying to slot forward—nothing really changed. Although, she says, “The only thing that changed was coming up with a different look.[I] still had to do the same stuff—a little better.” Among the better aspects cited by Ford include the accommodations while touring, the team she got to work with and, perhaps above all, being in control. Speaking of the contrast between the two bands, Ford says, “The Runaways were just kids. [People] tried to take advantage of us. I don’t know if everyone saw that while it was happening because we were so young. How hard is it to take advantage of a kid? You know, it’s not really that hard.”

While Living Like A Runaway takes readers through the intersecting successes of Ford’s career, it also reveals the sobering flipside of the rocker’s life. A startling note that Ford mentions was the abuse suffered from Tony Iommi of Black Sabbath and alienation from her children after her divorce from Jim Gillette. Her relationship with Gillette is not mentioned in explicit detail in the book, but in the process of separation, Ford has suffered Parental Alienation. In reference to her own example, Ford says, “A lot of people don’t realize that alienation actually has a terminology because some people don’t know what’s happening—what’s happening to me—because the legal system is involved in alienating the child. They don’t have any safety netor tools to stop this form of child abuse, so they allow it to happen.” Ford seeks to bring awareness to Parental Alienation through her Facebook Page, Lita Ford’s Parental-Alienation Awareness.

In addition to Living Like a Runaway, Ford is also releasing her new album, Time Capsule on April 15. The album is a compilation of previously unused sale recordings from the ’80s. Time Capsule features other well-known rockers like Gene Simmons and Rick Neilsen. Ford will tour throughout April to support the release of Time Capsule and will play Salt Lake City at the USANA Amphitheatre on July 9. Be sure to check out Living Like A Runaway and Time Capsule before you dig her show in July.