SLUG Mag Soundwaves
Episode #395 – Cotes
00:00 / 18:06
Spotify Stitcher
RSS Feed
Share
Link
Embed
This month’s Localized features two of Salt Lake’s most humble, eclectic and loud bands playing undefinable music that they love and that flows unfiltered. On Friday, Dec. 14, come worship rock n’ roll at Urban Lounge with two bands who truly believe in the power of music without pretense or ego, and transcend to a new level of musical consciousness for only $5. Rainbow Black opens. 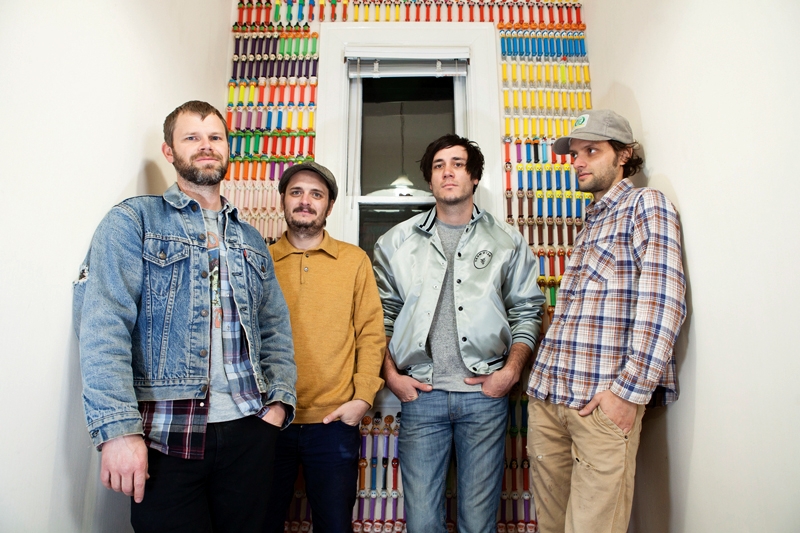 This month’s Localized features two of Salt Lake’s most humble, eclectic and loud bands playing undefinable music that they love and that flows unfiltered. On Friday, Dec. 14, come worship rock n’ roll at Urban Lounge with two bands who truly believe in the power of music without pretense or ego, and transcend to a new level of musical consciousness for only $5. Rainbow Black opens.

It’s impossible to talk about Spirit Master without using the word “passion” over and over. Originally a two-piece consisting of Mack and Pastor McCaff switching between drums, bass and vocals, Spirit Master have evolved from said passion into a collective of musicians with an expanse of musical influence, who truly just want to play rock n’ roll.

Mack and McCaff met while Mack was in high school, with a seven-year age difference between them. “I’ve always looked up to McCaff,” Mack says of his longtime friend and bandmate. “He’s my hero.” After the breakup of their first band, Mathematics Etc., McCaff and Mack performed two shows as Spirit Master before their Number One fan and mutual friend, guitarist Timmy Jame, joined. Jame, who also plays in The Devil Whale, divides his time between both bands when not teaching guitar lessons. Having only seen Spirit Master once (“stoned as God,” according to Mack), Jame was the only person not scared of the band, referring to the duo as the “perfect stoner band.” The trio then added Jame’s former Band of Annuals bandmate, pedal steel guitarist Brent Cool—not out of necessity for a fourth member, but out of the natural evolution the band has taken over the past two years, adding the right elements to the band at the right time.

It is also impossible to talk about Spirit Master without talking about the LDS church, as most of the members of the band have Mormon roots, and two of the members have served LDS missions.  The band uses the image of a martini glass, whose stem continues past its base to form an inverted cross, on their record, Demo Album EP, and at live shows. “There’s no way I would be as into music if it weren’t for the Church being so musical—whether it’s singing in church or the pioneers singing across the plains, there’s always music in your head,” says the ethnically Mormon-identified Mack of his extensive Mormon history and upbringing. “I am Mormon, through and through, though I don’t believe in any God any human has ever talked about.” Being raised Mormon certainly hasn’t hindered Mack—in fact, it has fueled Mack’s intense passion for expressing himself through music, though he says his dad hates rock n’ roll. Jame says his family has always been supportive of his musical career and that his dad lives vicariously through him, bragging about his son’s talent. Mack says that so many Mormon bands do everything in their power to give off the appearance of not being Mormon, when they should just own it. “Being Mormon could either mean you are the CEO of JetBlue or you’re a kid who wants to trip balls and play music with your friends,” he says.

Like most musicians who genuinely love playing music for the sake of playing music, Spirit Master do not identify themselves as any particular genre—borrowing elements from legends of rock n’ roll, blues, country and rockabilly musicians such as King Crimson, Gene Vincent and Eddie Cochran. Jame refers to playing music as a powerful, freeing force that unites all kinds of people. “I’ve been playing guitar since I was 13—that’s all I’ve ever wanted to do,” he says. If rock n’ roll were a universally recognized religion, Spirit Master would be the second coming of the Messiah. Again, the word “passion” comes to mind when talking about rock n’ roll with these guys: Mack and Jame say that rock n’ roll is the only thing they truly believe in and that it has exponentially changed humanity in such a short amount of time, and will continue to do so, though Mack says, “A lot of people are addicted to bad music, much like being addicted to McDonalds.”

Spirit Master’s first big break, opening for The Flaming Lips in fall 2011, was an extremely enlightening experience for the band, and it proved the power of simply asking for something. After cleaning 3,000 batteries for laser pointers for the audience to play with during the Lips’ performance at Saltair, Spirit Master have developed a relationship with Lips frontman Wayne Coyne. The incredible reception by the audience and the joy surrounding Spirit Master’s performance made Jame’s mouth hurt from smiling. Master recorded a short documentary about this enlightening experience that can be found on the band’s Facebook page.

The band hasn’t gained any national recognition yet, but are eager to tour. Jame says, “Ideas are in place—there are other ways of being productive besides touring.” In lieu of being on tour already, the band fulfills their need to perform through constant practicing. Additionally, Spirit Master plan to release their second album, Concept Album EP, before applying to SXSW in early spring. Expect loud, unpredictable musical tangents that you can get lost in, and come witness the resurrection of true rock n’ roll.