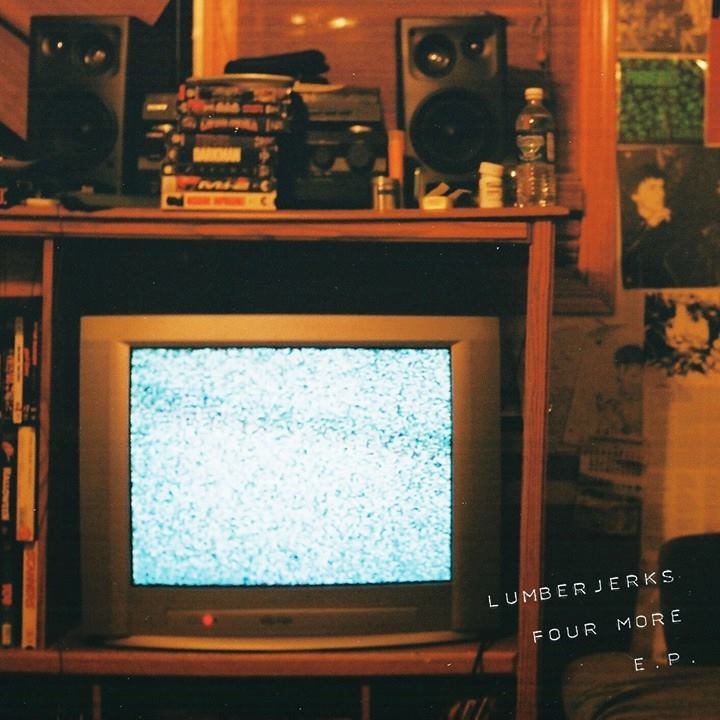 The state of Illinois has had a rich history of punk/hardcore bands whose influence has stretched to even the smallest of American towns. One such micro cosm is the town of Joliet, IL which houses the band LumberJerks—a DIY, basement-conceived trio with a love of raw, loud and badass punk rock. Garnering prominence as one of Joliet’s only punk bands, they’ve gone from house to house, tearing basements apart and performing the raucous tracks from their two EPs. The guys managed to find time to poke their heads out from their musical lair and shed a little light on what goes on in the life of a LumberJerk.

SLUG: What drew you guys together as a band?

LumberJerks: The three of us have known each other since we were just youths. We all grew up playing music with our friends in and out of different bands in the Joliet/New Lenox/Manhattan area. After a bunch of band break-ups, there was a lack of music in our lives. In 2012, we just started jamming in the basement for fun. Then we started writing and eventually it evolved from there. Oh yeah, and two of us are brothers … so that helped.

SLUG: Are you guys more influenced by old-school or new-school punk rock when formulating your sound?

LumberJerks: It’s 2016 and we have 40+ years of punk rock. We spent our teens in the 2000s. When you grow up that late in the game, you find that everything is much rawer and more real at the roots. We’re still trying to find our sound, but we definitely know our ideologies.

SLUG: What do you guys write about the most? What’s the most fun to write about?

LumberJerks: It could be about anything, but it always feels best to write about something you know.

SLUG: What’s the music scene, particularly punk, like in Joliet?

LumberJerks: We have an awesome music scene in Joliet that resides around a place called The Drunken Donut. It’s a DIY, Free Weekend Show / Open Mic venue that has an open-minded clientele and is run by a group of passionate individuals. But to answer the question, we don’t have a punk scene, we have an “everything scene.” A ton of cool local bands from all over make their way to play the Donut. We have met many great local bands that have encouraged us to record and play out more through the Donut: Delta88, Lever, Team Shotgun, The Cinamucks, Etlin Zylin, 80 Proof Preacher, Programmable Animal, I Hate People and Skindance, to name a few.

SLUG: Have you guys gotten much attention or done a lot of touring outside of your hometown? If so, where? If not, what is waiting in the wings on that front?

LumberJerks: No touring. We have a VW bus we are trying to make street legal but have little funds to make happen at a quick pace. We’ve played other parts of the suburbs and even Chicago, but all the best shows for us have been at house parties and the Drunken Donut in Joliet.

SLUG: What’s the reaction that you get from most people at shows? Do they go into a frenzy when you start playing or more less stand around with their hands in their pockets?

LumberJerks: We’ve seen both. If there is a lot of beer being drunk, the odds of someone getting down goes up. Someone always ends up moshing, though, even if their hands are in their pockets. Our support comes from our friends, fellow bands and artists, and anyone who buys a T-shirt.

SLUG: Both your EPs kick ass. Which one is your favorite? What is it that separates them?

LumberJerks: The First Three E.P. was completed on a tight budget and with very little prep or recording time. It is exactly what it was intended to be—a quick homage release to let people know we exist. We had much more time to work on the Four More E.P. We recorded all of our music on reel to reel analog tape at Treehouse Records in Chicago with our friend Barrett Gulzaldo. He’s a great engineer/musician and has always helped us develop our music. We release independently through our homegrown label Chump Records.

SLUG: What can we expect as far as new music is concerned? New EP? Full-length?

LumberJerks: It is too soon to tell. All we know is that we want to record again [in] 2016 once it’s feasible.

SLUG: How long do you see you guys going for in the future?

LumberJerks: That’s a hard one. One things for sure, we look forward to recording, playing out, and meeting new friends/bands this 2016.

SLUG: What do you guys do outside of the band to support your musical obsessions?

Show your support and give the LumberJerks a like on their Facebook page and give them a listen on their Bandcamp—ensure that their DIY outreach goes beyond the state lines of Illinois.