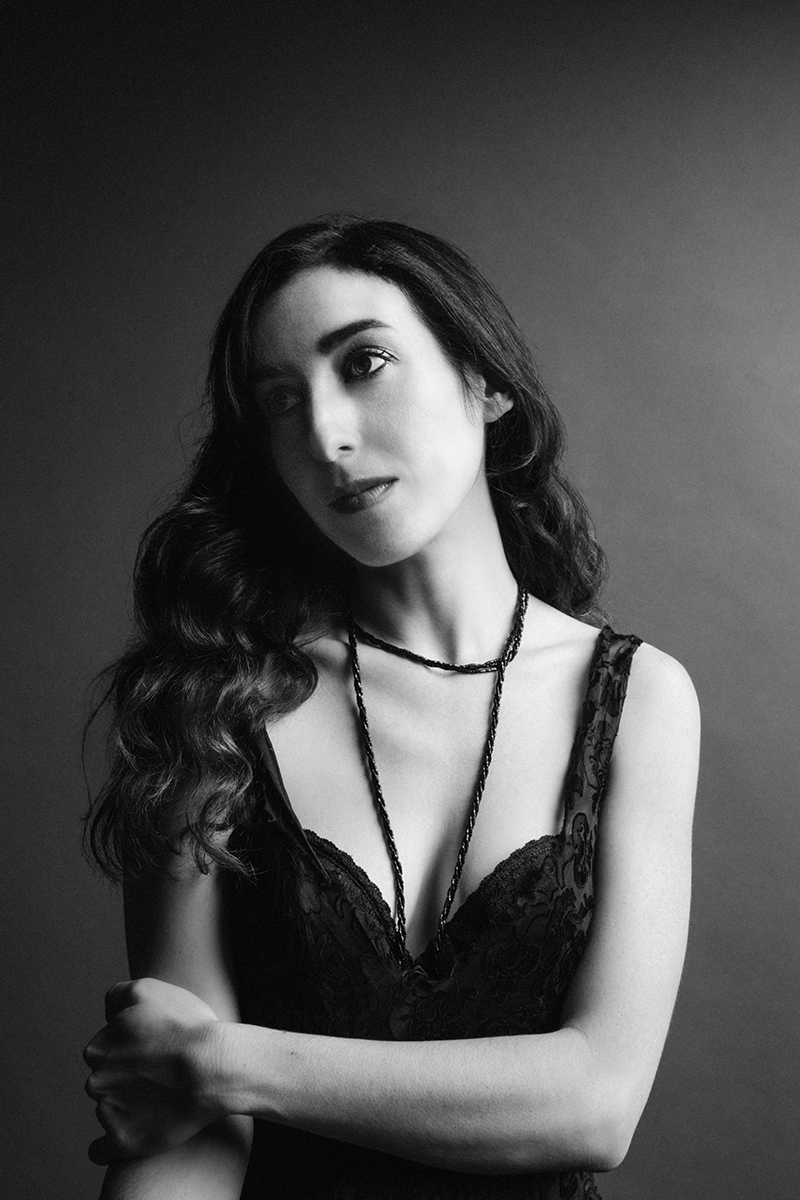 Marissa Nadler is having a bad day.

“[I just got] an email,” the musician says. “I worked all weekend on this animated music video, on a deadline, and it basically didn’t get the response I was looking for. I spent so long on it …” There is a tinge of sadness in her voice. “I thought it was really good, and then bam!”

If ever Gen-Twitter has encountered a sacrificial, self-sustaining artist, one undeterred by shortsighted record labels or the occasional unfavorable email, it’s Nadler. Since releasing her debut album, Ballads of Living and Dying, in 2004, the auteurist singer-songwriter has focused on—and succeeded in—establishing herself and her career on her own terms, a feat most difficult in an industry that thrives on disparagement. Now, with the release of Strangers in May, Nadler continues to redefine what it means to live and breathe for a craft—expectation, convenience and support notwithstanding. “I think it all comes down to why you’re making art in the first place,” she says. “A lot of artists would probably agree with me [that there is a] compulsion to keep going, to keep creating.”

And create she does. Strangers is sonically magnificent, at once a departure and a realization. Distinctive and radically materialized, Nadler’s seventh full-length album constructs a revelatory world made up only by outsiders: some lonely, some confounded, all estranged from the artist herself. What remains, excluding the roamers, is an impossibly transportive 11-track romp of synth, strings and speech. “I approach songwriting in a very organic way,” Nadler says—though she doesn’t think too much about it. “I’m always drawn to the melody; I write the lyrics last. The approach is very painterly and less analytical.”

The process is not surprising, given Nadler’s taste for “emotional, not cerebral” music. What is surprising is the shift from her oft internalized perspective, namely on 2014’s July, to one externalized on Strangers. While both records were produced by Randall Dunn, Nadler knew that July had exhausted her tendency toward the autobiographical. (“I couldn’t keep writing those kinds of songs,” she says.) Choosing instead to approach more ubiquitous themes, Nadler says that she worried that they wouldn’t translate.  “Are these songs about the world ending? [Are they] not making sense to people? Is it too weird?” She needn’t be concerned: We have all fallen for a natural disaster like Janie in “Janie In Love,” we have all experienced the chill of an empty home like the character in “Katie I Know,” and we have all unraveled like a bow like the voice in “Skyscraper.” We just haven’t done so post-apocalypse.

Nadler has long been a patron of the arts, traversing the realm by way of different mediums since her childhood. She earned her baccalaureate and master’s degree in illustration at Rhode Island School of Design, taught fine art in Harlem, and has since been writing ghostly, rolling songs from her home base in Boston, Massachusetts. She loves Leonard Cohen and Elliott Smith, and she has worked alongside Angel Olsen, Father John Misty and Wrekmeister Harmonies. Even with all the pendants of prosperity, the artist still struggles. “Every time I make a record, I have no idea if anybody is going to like it,” she says. “I have no idea if it’s any good. Maybe I have confidence issues, but releasing on such a large scale can be really nerve-racking.”

Nadler tends to self-describe harshly. In past interviews, she has categorized herself as shy, thin-skinned, neurotic and self-taught. She battles with the unrealistic standards set for female musicians. “You’re expected to be working hard and generating all this content and showing up looking fierce,” she says. She constantly treads the line of being vulnerable—but not too vulnerable. She battles with self-destruction and the idea that it breeds authenticity. “To be honest, I think if you have that in you, you kind of always have that in you,” she says. She battles, inwardly and outwardly, every day. But rather than succumb to a tragic fate often met by the greatest of makers, she carries on for the sake of making. “If you really want to be an artist, you’ll make more work if you don’t self-destruct,” she says strongly. Nadler quit drinking a few years ago. Last summer, she got married.

Artists like Marissa Nadler don’t come around that often: artists who create their own animated music videos, artists who challenge the system enough to upset it, artists who are truly gracious. Artists like Marissa Nadler—who establish themselves and their careers on their own terms—are likely used to a bad day. If her vocation has taught her anything, it’s that anyone with the gall to punctuate her life’s work with a jarring “bam” of disapproval is someone who just doesn’t get it.

“I’ve been doing this for a really long time,” she says. “I’ve tried to stop and do other things with my life, but there’s this magnetic pull … You’re not doing it for the press or reviews. You’re doing it because it’s your calling.” With that attitude, her day will only get better.

Marissa Nadler will perform at Kilby Court on July 8 with Wrekmeister Harmonies and Muscle and Marrow. For more information, visit marissanadler.com.