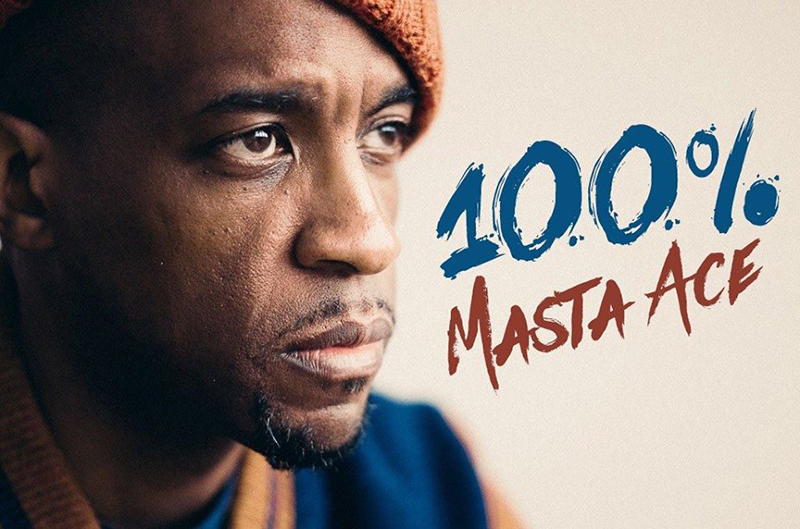 The Acoustic Space is Downtown on the east side of The Gateway, between the Clark Planetarium and the movie theatre. The first thing you notice is that it’s about the size of a New York City apartment. Intimate is an understatement. It consists of a few small couches, a wall for merchandise, a minuscule bar, a single-person bathroom and the green room, all surrounding the modest dance floor. Some people might look at this as a detriment to the venue, but really, there is no other way to get close enough to high-five or request a song from your favorite emcees.

Opening up at the Acoustic Space for the Sept. 20 show was Illwinded P, who gave the crowd a sample of the lyricism and uniqueness (with a touch of awkwardness) that make him an underground favorite in the valley. Up next were the hosts of the Friday Night Fallout Show on KRCL, Negrodomus and Auratorikal the Iconoklast. Domus was up first, and he rocked the stage with his undeniable skill for improvisation. He spit a whole song off the top of his head that left even the most experienced concertgoers in the scene (shout out to Jay Moses) impressed. You can tell he has been working on his stage presence—he’s added flair to his performances—namely, a flowing, black-beaded necklace and dance moves that make Elvis Presley’s hips look stiff. His co-host A-U was next, and he blessed the crowd with a performance that was “fat and sweaty,” like a good steak. He made sure to thank turntablist/beat-maker Mixster Mike profusely during his set, as the blend technician enhanced his songs with scratches, beat juggling and samples from the tracks he also produced.

Wake Self brought the crowd’s energy to a crescendo with high-powered vocals over familiar beats mixed as well as original works. The Albuquerque, New Mexico–based emcee was onstage rocking the mic as I interviewed the headliner, Masta Ace, of Juice Crew fame.

SLUG: What’s your connection to Salt Lake City?
Masta Ace: Well, my man [Street Jesus], who’s actually in the room right now, was the first promoter who brought me out here to do a show. Every time I come to this region, I like to touch down in Salt Lake, because they got some real hip-hop fans out here.

SLUG: Explain your background a little bit to our readers.
Masta Ace: I’m from Brooklyn, New York. The neighborhood in Brooklyn I’m from is called Brownsville. I’m from the projects … high-rises … you know, public housing, but I was about to transcend that. I wound up going to college, getting a college degree and going into the music business in 1988 as a member of the Juice Crew with Marley Marl, and really, that’s the beginnings of a long career.

SLUG: Hip-hop is a recurring theme in your raps. Why is it important to keep hip-hop as a theme in music?
Masta Ace: Well, hip-hop is the voice of not just the youth—because it’s always been a youth movement—but to me, it’s the voice of the underprivileged. The people who don’t have and don’t think they can get. Without hip-hop, I feel like those people would feel like they don’t have a voice. So thank goodness for hip-hop … that we are able to give a voice to those that are less fortunate on this planet and in this country.

SLUG: Tell us a little bit about the people who influenced you musically.

Masta Ace: Early in my career, my big influences were LL Cool J, Big Daddy Kane, Rakim and Slick Rick. Those were kinda the guys I fashioned my lyrical style around. It was all kinda based on what those guys did. Obviously, [there were] many, many people as I went on, but those are the initial influences in my style and my development.

SLUG: Speaking of tracks, SLUG interviewed Marco Polo a while back. You’ve done a lot of work with him. What makes him the type of beatmaker that you rock with?
Masta Ace: First of all, we are doing an album together. We are about seven, eight songs in. The very first time he gave him his beat CD, I was in “The Cutting Room,” which is a place he was working at as an intern. I didn’t know him from a can of paint. He was a little skinny kid who was like, “Yo, I do beats.” Back then, I would take everybody’s CD and I would listen to it, and when I listened to it, I immediately heard talent. I heard ability. I liked his drums. I liked his drum programming. [His] email was written on the CD, so I hit him up and I was like, “Yo, I like your style, there’s not anything on this CD that I wanna use, but I want to hear more.” And so he sent me more beats … and from that second CD I wound up picking a beat for my Long Hot Summer album—a song I did with rapper Noyd … and there was another beat on there that turned out to be “Nostalgia” from Marco Polo’s album, which is you know, a big record around the world.

SLUG: What would you be doing if you weren’t rapping?
Masta Ace: I graduated from college with a marketing degree. My intention was to go into advertising. I wanted to work for an ad agency and write commercials, you know, do print ads and ad campaigns. I wanted to be a creative, so whatever I ended up doing it was going to be in the area of creative writing.

SLUG: Speaking of creative, you have a project with MF DOOM coming out. Tell us how that happened.
Masta Ace: He had released Special Herbs, which was an instrumental series [of] all the beats that he had done for people, and I was just driving around listening to those beats. I started to get some ideas for some lyrics for some of the beats, and I knew that they were previously used beats, most of them, but I didn’t care. I wanted to do a mixtape, so I started writing songs to these beats. That turned into a full-release project. Phat Beats got involved. They wanted to spend money, and so it went from a free mixtape to an official release. The fans love [the collaboration], DOOM loved it—he spit on one of the songs—and you know, it was a successful project for me.

SLUG: You have a lot of collaborations. Who would you like to work with that you haven’t worked with yet?
Masta Ace: Hmmmm. DJ Premier for sure. He’s a friend. We’ve been friends for a long time … we’ve been friends since the beginning of Gang Starr. It’s crazy that we’ve spent so much time around each other—I’ve never actually spit on one of his beats. We agreed that, on this Marco Polo album, at least one beat is gonna be from DJ Premier. So that’s gonna happen. In terms of anybody else, I feel like I’m good. I’m still gonna collaborate with some people. I might do a collaboration with this kid Joyner Lucas. I might get Redman on a song. I got a joint I want to ask Styles P to be on, but I just pick my features on the beat and who I think fits the beat. That’s pretty much how I move.

SLUG: What kind of hobbies do you have outside of the music business?
Masta Ace: I don’t know if working out could be considered a hobby. That’s probably one of the things I do regularly. About four to five days a week, I’m doing some kinda workout, either in the house or in the gym, and even when I’m on the road, it’s a way that I keep my body in shape, strong, stage-ready—all of that is important.

SLUG: Louisiana, Red Hot or Tabasco [hot sauce]?
Masta Ace: None of the above! I don’t like hot sauce at all!

SLUG: What’s something else that you don’t allow on your table?
Masta Ace: Pork! No pork on my fork. No beef in my teeth. I’m pescatarian right now, but I’m on my way [to becoming a vegetarian].

SLUG: Do you have beats in your ride right now, and is it on chrome?
Masta Ace: No, I have a factory system. I just turned 50 years old in December, and I think back to when I had two 25s and two 12s in the back of my Chevy Blazer—and I outgrew it. I outgrew it being a thing. When I was 21, it was all about driving through the hood, system on 12, hollerin’ at girls. Getting their attention just from the bass and then turning it down so you can talk to them. … [I’m] 50 years old. Married. A daughter. Homeowner. I’m a different person, but I do still love to look at cars and watch cars. I did it all, I had it all, [and] I had a lot of fun with it, but I’m just a different person now.

SLUG: What’s your favorite car that you’ve ever had?
Masta Ace: My favorite car that I’ve ever had was a Chevy Suburban that I bought from a guy in Los Angeles. If you look back at my “I.N.C. Ride” video, there’s a Suburban that I’m riding in the back of. That video became pretty well-known around the country. That Suburban from that video I bought from the guy after we shot the video, that’s how much I loved the car. I drove that thing through Brooklyn. It was lowered … at the time, the biggest rims [on the market] was 18s, there was no 20s yet, there were no 19s yet … the biggest rim was 18s … chromed-out 18s, sound system, leather interior. It was pimped out all the way around. That’s my favorite car that I owned.

SLUG: Who are you listening to as you ride now?
Masta Ace: A good mixture of classic and current, so on my current list, I listen to Kendrick, I listen to J. Cole, Joey Bada$$, Action Bronson, Joyner Lucas … and then I still listen to The Lox, Redman & Method Man, Tribe, De La and all that. I mix it up.

The Sept. 20 event was thrown by Flower Power Productions (Brett High and Tyler Galovich), who graciously allowed a budding journalist access to the green room and the artists they booked. Although they aren’t necessarily geared toward hip-hop (they dabble in rock, blues and other genres as well), they definitely hit a home run with this show. Check in with them at honeypotglasscomp.com every so often to see what kind of shows and events they are throwing.