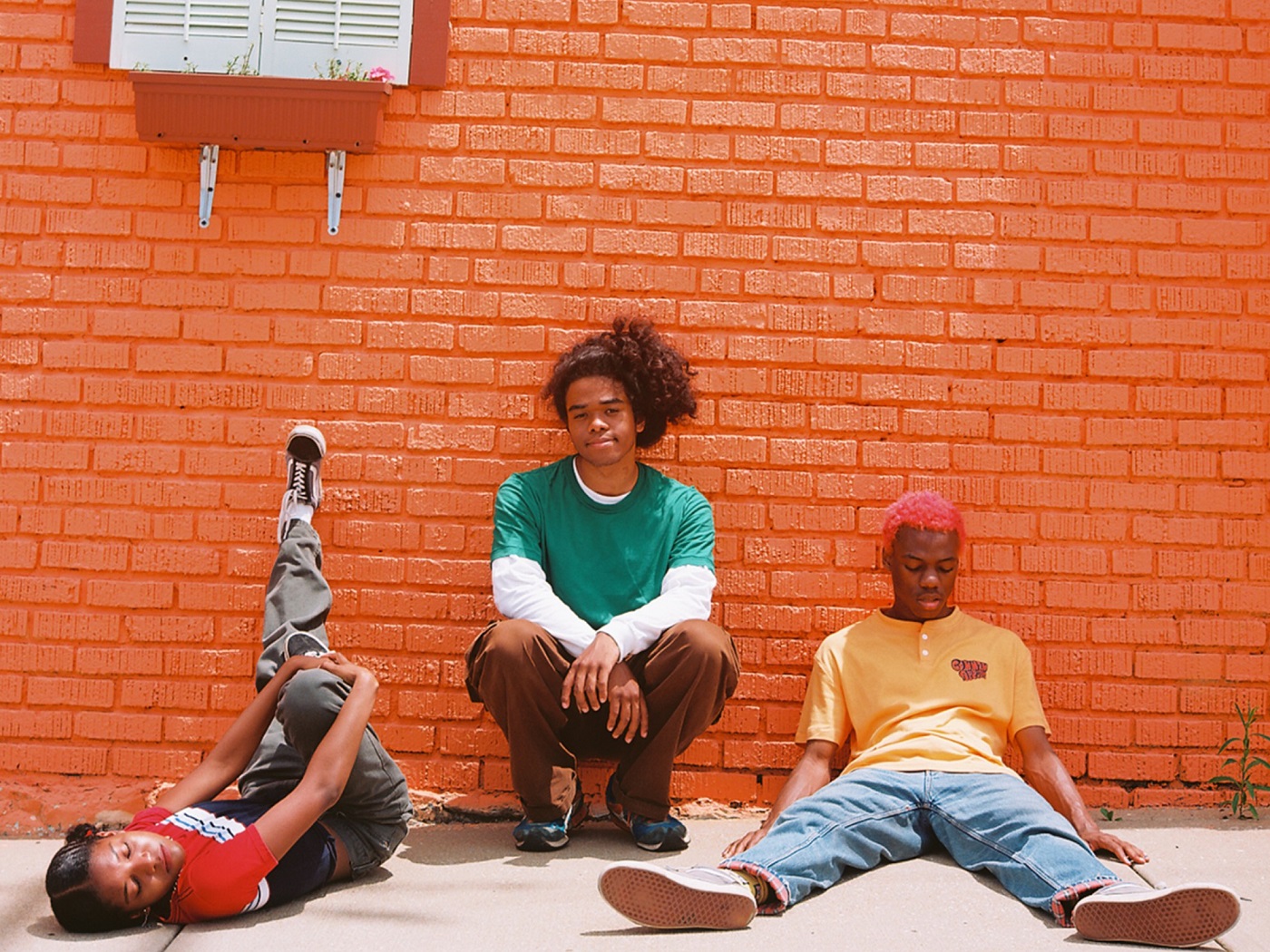 There’s something about BLACKSTARKIDS that draws you in. Maybe it’s the engaging track titles, stylized in all caps and bursting with personality; maybe it’s the bright stickers adorning their most recent album, Puppies Forever, and the ’90s aesthetic it channels. Or maybe, it’s the most riveting part of the band: the music itself.

BLACKSTARKIDS’ music is something borne from friendship, and it shows. The group, consisting of Deiondre, The Babe Gabe and TyFaizon, met in high school and bonded over music. Only eight months after their formation in 2019, they released their first album, Let’s Play Sports. “It doesn’t take that long because we were just hanging out a lot,” Ty says. “We were making like a song a week … It stacks up kind of quickly.”

With four albums released and more to come, BLACKSTARKIDS have seen several shifts in both tone and sound. Each album creates its own unique landscape, and Puppies Forever is no different. As Ty says, one of the goals for this October 2021 release was to create a more abrasive sound; with lots of bright, video-game-esque synths and vocal distortion, they succeeded. “The goal for the sound was definitely different than what we were doing with Whatever, Man,” Ty says. “But the general goal of making every project is to have fun and express ourselves and just make something we’re proud of.”

“I just know [we’re going] somewhere where we’re just expressing ourselves at a maximum level.”

Abrasive doesn’t mean unapproachable, though. Each song off Puppies Forever is engaging and lively. From the upbeat tone, it certainly seems like BLACKSTARKIDS had fun, but listen closely to the lyrics and you’ll discover an entirely new layer to the album. “We wanted to offer solace in the music but still have the overall music be a good time,” Ty says. “That’s always been a balance that I think we’ve been trying to find since starting.”

For Ty, the personal nature of BLACKSTARKIDS’ lyrics doesn’t always hit him: “Like, even if it is [vulnerable], you’re just kind of saying what’s on your mind and what you’re going through, but there have been some songs that have felt really good to write.” “REVOLT SYNDROME*” is sure to speak to other marginalized young adults with lines like “Here are some things the world never told me / Never said I’d be such a target in society / I got so many problems, I can’t run to the police / So what do I do? I bottle up anxiety,” and “I HATE BEING IN LOVE” reaches right into your chest and squeezes with “Sometimes I think we started off on the wrong note / But a wrong note can mess the whole song up sometimes, you know?”

Ty was tight-lipped about the future of BLACKSTARKIDS, but he can assure you, the group is heading “somewhere cool.” He says, “I don’t want to say because you never know what could change. I just know [we’re going] somewhere where we’re just expressing ourselves at a maximum level.”

” … The general goal of making every project is to have fun and express ourselves and just make something we’re proud of.”

Puppies Forever is a fun album with raw meaning tucked just underneath energetic sounds. Somehow, BLACKSTARKIDS have created an album that encapsulates the righteous anger held by our young generation as we inherit the world while acknowledging our own personal journey of leaving our childhoods behind. It’s a complex position to be in, especially with the world how it is, but they said it best—we can’t be a puppy forever.

A lot has changed from BLACKSTARKIDS’ first album, and Ty chalks a good portion of it up to the group itself. To keep up with their ever-evolving sound, follow them on Instagram at @blackstarkidz and check out their music wherever you stream. Plus, there’s still time to grab tickets for their upcoming Nov. 30 show with beabadoobee and Christian Leave at The Depot.