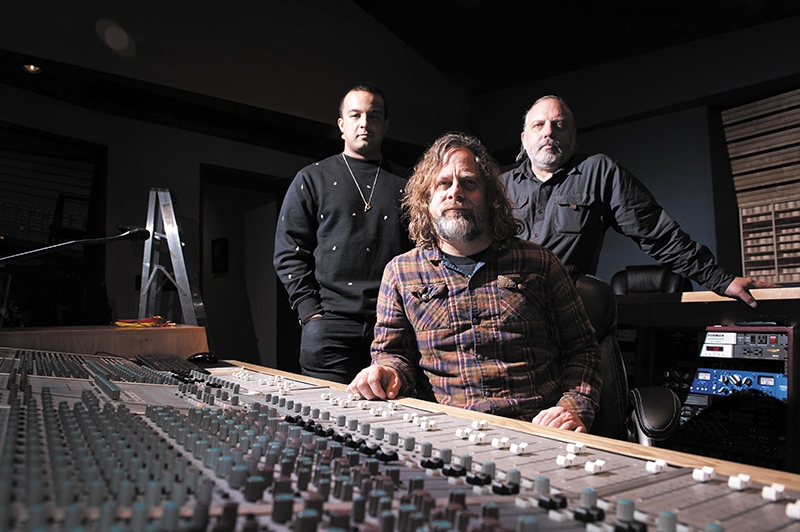 Midnight Records at Counterpoint Studios: The Biggest Donation to the Utah Arts Alliance

Kent Rigby, Recording Arts Director for UAA, recalls playing in bands in his 20s and recording his band and some friends’ bands circa 1986 when studio time was out of his price range. Rigby says, “I finally had all this gear and thought I should put it to good use helping other artists. So, we at UAA started the idea of affordable recording services.” The independent-label side of MRP initially began as part of UAA’s mission to help artists advance their careers. Rigby says, “The whole record industry tanked, so we started the label to help these young artists who were recording with us get their stuff out there.” MRP has 13 releases and seven signed artists, including Dark Seas, J.J. Jennings and Candy’s River House.

Rigby was UAA’s Gallery Director in 2008 and suggested they move the gallery from 300 West and “about 2300 South” to a new location, one with more foot traffic and one where they could set up a recording studio. Rigby had been recording at home since the mid-’80s, acquiring better and better audio equipment. “I had the studio set up in my living room and my wife was getting tired of it,” Rigby says. In 2008, when UAA acquired a location at 137 South Main St. in Salt Lake City to be used as gallery and studio space, he started MRP as UAA’s Recording Arts Program.

In 2013, the City began tearing down UAA’s Main Street building to make room for a performing arts center, forcing MRP to vacate. They wanted to reopen in a new location immediately. Cal Cruz, engineer at Counterpoint Studios and the Assistant Recording Arts Director at UAA, says, “We were ripping out [the Main St. MRP building] while [Rigby] and I started construction on the new place.” The “new place” was to be in the basement of the UAA hub at 657 West 100 South in SLC, and a step down from the old studio. DH worked freelance with MRP in addition to engineering at Counterpoint. During the hub studio construction, he was doing some work for the lawyer of erstwhile Counterpoint Studio owner Gianni Skolnick who was looking to sell due to the endless struggle for profitability. DH learned through Scholnick’s lawyer that Scholnick was considering donating the studio to a nonprofit. DH suggested UAA, and broke news of the possible donation to Rigby. DH says, “I remember telling him and he just thought I was so stoned. It was the single biggest donation to the UAA ever.”

With the donation of Counterpoint Studios, MRP could step up into a professional studio and forget about the basement option. The Main Street studio was comfortable but far from the quality of Counterpoint Studios; the latter was designed by a Los Angeles architect specializing in recording studios. Rigby still feels lucky to work in such a high-end studio. He says, “I just kept getting more and more stuff and better systems and finally worked up to a multi-million-dollar recording studio.” He goes on to explain some of the architecture: The floor sits on four inches of rubber, so street vibrations don’t interfere with recording, and one can see, looking around, that there are no perpendicular walls to prevent standing sound waves. Each room is isolated with double walls and double doors. The studio is isolated from the building structure, so if an airplane flies overhead, there’s no noise. DH says, “Back in the day, the studio was staffed with the biggest engineers in town.” The quality of Counterpoint Studios has attracted many notable artists, engineers and producers over the past 25 years, including Michael Wagener, Sum 41, Air Supply, One Republic and, as DH says, “Vanessa Hudgens, my favorite.” They’ve also done audio for movies such as Jackie & Ryan starring Katherine Heigl and Ben Barnes, some of which was filmed at Counterpoint Studios.

At first, Rigby charged a flat rate of $75 a song at the Main Street location, but, as DH says, “Then one song started taking three months.” They dropped the flat rate, but because they receive grant money to help support studio, they still felt it important to pay back the community. Before UAA acquired the building, Counterpoint Studios cost a minimum of $135 an hour. DH says of the current Counterpoint rates, “We can get people in the studio for $45–$60 an hour , and it’s a great value.”

MRP as a label, however, probably won’t be signing any new acts right away, as they are presently being selective. Rigby says, “As a business model you can’t drop $3,500 and get back $200 or $300. It’s just not sustainable.” They need to spend the money they have taking care of the artists already signed to MRP. DH says they still want to do things like pressing vinyl records and the more artists they sign, the less they’ll be able to.

MRP hopes to be able to record purely analog soon, and are looking into the logistics of a local-artists-based radio station. If you’re interested in seeing Counterpoint Studios, they do studio tours and have concerts and parties occasionally—check out midnightrecordsproductions.com for more information. UAA has a variety of programming viewable at UtahArts.org.