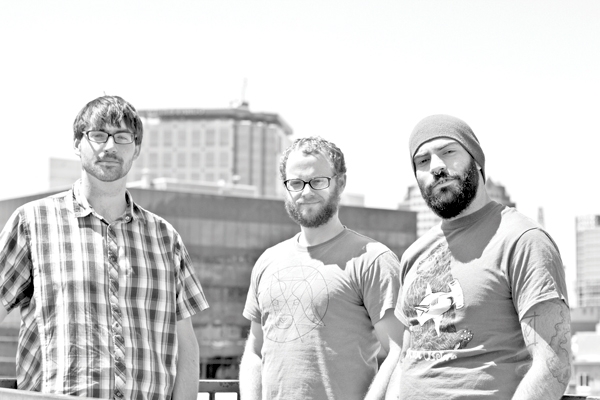 Lately, music festivals are starting to seem like a big joke: ridiculous, hodge-podge lineups, ticket prices approaching $500 (seriously), not to mention the cost of taking a week off of your minimum-wage job and flying/carpooling/hitchhiking to California or Texas or Tennessee. But I don’t give a shit about those festivals, and neither should you—we’ve got Crucial Fest, duh!

Crucial Fest is Salt Lake City’s own badass rock festival thrown by Exigent Records, the label best known for backing notorious acts such as Gaza, Accidente and Ether. Making its debut last summer, Crucial Fest presented an exposition of amazing local and regional talent in a five-day, multi-venue musical orgy revolving around a mid-festival blowout at Liberty Park. For people who didn’t make it to last year’s festival, Exigent owner and head Crucial Fest organizer Jarom Bischoff says, “They missed a freakin’ really good time, for sure … and they missed awesome bands getting back together that hadn’t played in a long time—Novelists got back together for the show, Hi-Fi Massacre had a show for the first time in eight or nine years.” Bird Eater, Reviver, Loom, Mindstate, Giraffula, Endless Struggle, Sleeping in Gethsemane and Badass Magic are just a handful more of the 60-plus acts that participated. “It was the underground music scene coming together. Every show was solid, night after night,” says co-organizer Jesse Cassar, Crucial Fest’s man in the trenches. “A lot of the attendees made it a point to tell us immediately when the festival ended, ‘You’re doing this again next year,’” Luckily for us, their decision to throw Crucial Fest again was a no-brainer.

Though there are a few other music festivals around these parts, Bischoff wanted to provide Salt Lakers with a fest without filler, one right here in the valley. “There are other festivals that go on around here, but none of them really speak to me or to the group of people I associate with and the kind of music we like,” he says. Though Crucial Fest primarily showcases bands that play hard, aggressive, heavy music, Bischoff and Cassar agree that being “loud” is what ties all the acts together. “There’s Muscle Hawk, there’s Michael Gross and the Statuettes, Night Sweats, Red Bennies … There are a lot that I wouldn’t consider ‘heavy,’” says Bischoff. Thomas Kessinger, the man rocking press and publicity for the festival, sees Crucial Fest as a response to what is seen as mainstream music. “The cool part about the festival is that it really is taking a genre of music that is underrepresented nowadays, at least in my eyes. It’s saying, ‘This is what’s going on in rock music right now,’ and it puts it all in front of your face,” says Kessinger.

Bischoff, Cassar and Kessinger aren’t just concerned with throwing the raddest party, though. Crucial Fest is all part of their plan to strengthen the local and regional music scene by bringing all types of bands together in one big, rock n’ roll group hug. Says Bischoff, “This year, we have a handful of bands from Portland, Seattle, San Diego, Denver, Boise—and that’s a tour right there, if all these bands know each other.” Cassar wants to make Crucial Fest, and Salt Lake in general, a destination for good music. “Salt Lake City is such a good hub … but I think a lot of bands pass it over because they’re like, ‘We’ve never been to Utah. I don’t even know if they allow music in Utah.’ We want to help put it on the map. There have been people doing this in Salt Lake for 10 years, 20 years and we’re just trying to keep that going,” he says.

At this year’s festival, running June 20-23 and June 27-30, there will be more bands and more shows spread over various Salt Lake venues, with all-day Kilby Court extravaganzas complete with art, vendors, food carts and skate demos on both Saturdays. Although you can attend any individual show for $10 at the door, buying an all-access pass is the way to go, as it gets you into every show and gets you free stuff. “This year, the ticket’s still cheap—it’s 25 bucks for 14 shows and 75 bands, but only 20 bucks for an all-ages pass,” says Bischoff. Now that’s a damn good deal. “Quite frankly, people like us can’t afford to go to Outside Lands in San Francisco, and [to]Coachella every year. We’re hoping to offer something that is similar … where you can have an amazing time and see a bunch of awesome bands,” says Cassar.

Forget those other festivals and come out to see Author & Punisher, O’Brother, INVDRS, Handicapitalist, Subrosa and 70 more. For additional information and a full schedule, visit exigentrecords.com. Snag your all-access pass at any Graywhale location and follow @CrucialFest on Twitter for tip-offs about after parties and secret shows. I’ll see you there—your attendance is, in the CF crew’s words, “totes croosh!”