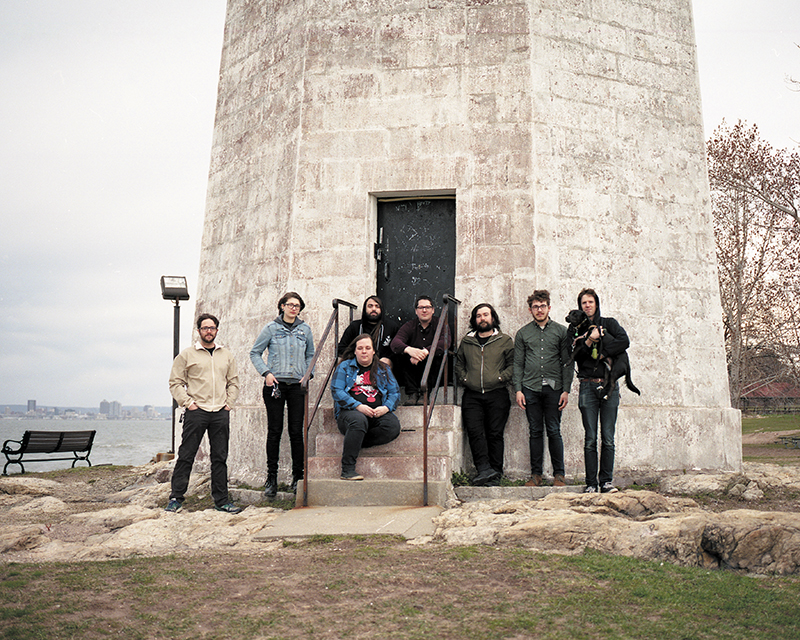 The World Is a Beautiful Place & I Am No Longer Afraid To Die’s play Kilby Court on March 26. Photo: Nooran Matties

Mostly Harmless: David Bello of The World is a Beautiful Place & I Am No...

Harmlessness, the second full-length album from emo band The World is a Beautiful Place & I am No Longer Afraid to Die, has elevated the band’s status in the indie community. Celebrated as a fully realized effort, complete with satisfying builds and poignant lyrics that range from overcoming depression to vigilante justice (aka Diana the Hunter of Bus Drivers), Harmlessness is a beast of an album that cannot be ignored. Recently, SLUG caught up with David Bello, vocalist for TWIABP, as the band prepared to head out on their U.S tour with a Salt Lake City stop.

SLUG: You have done a few tours both in the States and in Europe. Do you prefer one kind of tour over the other? Who is your favorite band to tour with?
Bello: I think we’re all pretty used to living in America and especially touring here, so it’s nice to get out of our comfort zone and eat better food when we [go] to Europe. But, they don’t have Fritos, so it’s a toss-up. Mewithoutyou have been pretty much everyone’s favorite band at some point, and getting to tour with them is such an honor.

SLUG: TWIABP is constantly changing its lineup—where and how do you find musicians to join the band?
Bello: Our friends, or from bands we know and like.

SLUG: With so many people involved in TWIABP, what is the songwriting process like?
Bello: Kind of like a creative writing workshop, where everyone critiques and improves on each other’s ideas. Everything is constructed communally.

SLUG: TWIABP is often categorized as “emo” or “post hardcore.” Do you feel that this is accurate?
Bello: I guess so. These terms are so loose. You can call us “pop” or “noise” and it’d be just fine as well—“screamo indie folk,” “baroque drum n’ bass deathcore.”

SLUG: Harmlessness received excellent reviews and ratings from different outlets such as Pitchfork and Metacritic. Where do you go from Harmlessness? What does 2016 have in store for TWIABP?
Bello: We’re going to make a bunch of records that aren’t LPs, like collabs and splits and EPs and singles and strange stuff—also maybe another LP that is like Harmlessness but better and different. Maybe. Not Sure.