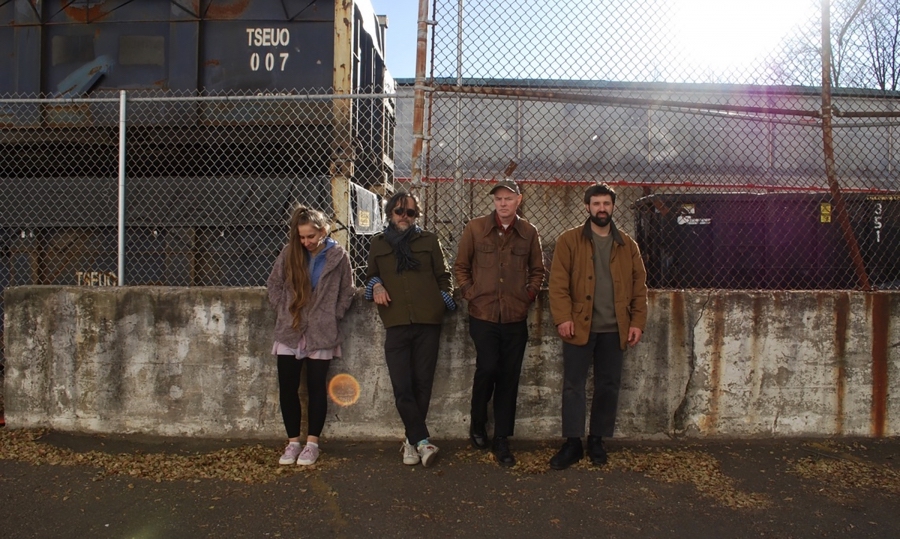 By now, we all have a dozen (at least) reasons to hate COVID-19. Our world has changed, lives have been altered forever, or lost—it has been difficult, to say it plainly. But, what does focusing on all of that do? It keeps us there. I, for one, have noticed a few pieces of beauty during the pandemic. People have found ways to come together that were unfamiliar a little more than a year ago. Dan Greene, lead singer and songwriter for the band Mountain Movers, is one of those people. While the virus pulled a lot of things apart, the band was brought closer together as they discovered places within and among themselves that they had never known, all while quarantined in their hometown of New Haven, Connecticut.

Mountain Movers came together a decade ago after playing and recording with various other artists and has been evolving ever since. Greene says the band has a sort of “magic, a collective idea that everyone’s input will change songs dramatically, which only furthers the excitement of us all.” Mountain Movers has adopted an approach that respects the manner in which each band member operates, giving each as much leeway as needed to make songs come together. “We feel the best way to go about it is with more freedom, not less,” says Greene.

“We got better at improvising; putting structureless music into a kind of structure in some way.”

Each band member brings a variety of tastes and experiences to the table, giving the group a sound that is unique: hints of psychedelia, a few touches of shoegaze and prog, as well as a lot of influences and sound I can’t put my finger on. Greene states that Mountain Movers is shaped by one another’s influences, making them distinct. They have always had their own flavor, but their most recent album, World What World, released in June 2021, covers an especially broad scope. According to Greene, the album was recorded in 2019, inspired by the image of someone fighting through a dark landscape while the rest of the world is asleep. Greene stated he felt it ominously matched up with the coming of the pandemic.

The band used their quarantine time together to truly pour over their recordings, of which there were many, in order to choose their favorites and mix them into a linear fashion that made sense. The album does sound like an eerie adventure, which I personally found quite captivating. Guitar heavy tracks like “Way Back To the World” and “Flock Of Swans,” led expertly by lead guitarist Kryssi Battalene, pull the listener wildly, yet comfortably, along their journey.

“We feel the best way to go about it is with more freedom, not less.”

As Mountain Movers put the perfect finishing touches on World What World, the members were also able to use the time they would have spent on tour logistics—plotting show locations, crash spots and routes—to further experiment with their sound. “It used to be showing up, plugging in and we’d start to play,” says Greene, “but we got better at improvising; putting structureless music into a kind of structure in some way.” The band members didn’t feel as though they were confined to hammering out new songs during their practices anymore. Instead, they got together to enjoy one another and allow the music to lead the way. “Covid smashed the regulations we felt of having to improvise with the same instruments. What we learned then is helping the band evolve now,” Greene says.

Getting together during the pandemic only brought the band closer as a unit and more adept at creating on the spot. According to Greene, everyone contributes in a plethora of ways. Not only does Rick Omonte keep the pulse of the band on the bass guitar, he also acts as manager, using his various connections to get the band’s needs met. Then, you have Ross Menze who does all the heavy lifting on both the gear and the drum kit while keeping things light as the band’s funny man. “We find it most rewarding when listening to each other. It’s where the band grows and why we are in such a strong place,” Greene says, and at the end of the day, “we are connected by friendship, not the music business.”

Much like the way the band plays these days, the members are taking things that come their way rather than forcing anything. Going with the flow and allowing their world to unfold in front of them is sparking new avenues of creativity and freedom for this band, making the development of fresh and never-before-heard sound an exciting possibility.