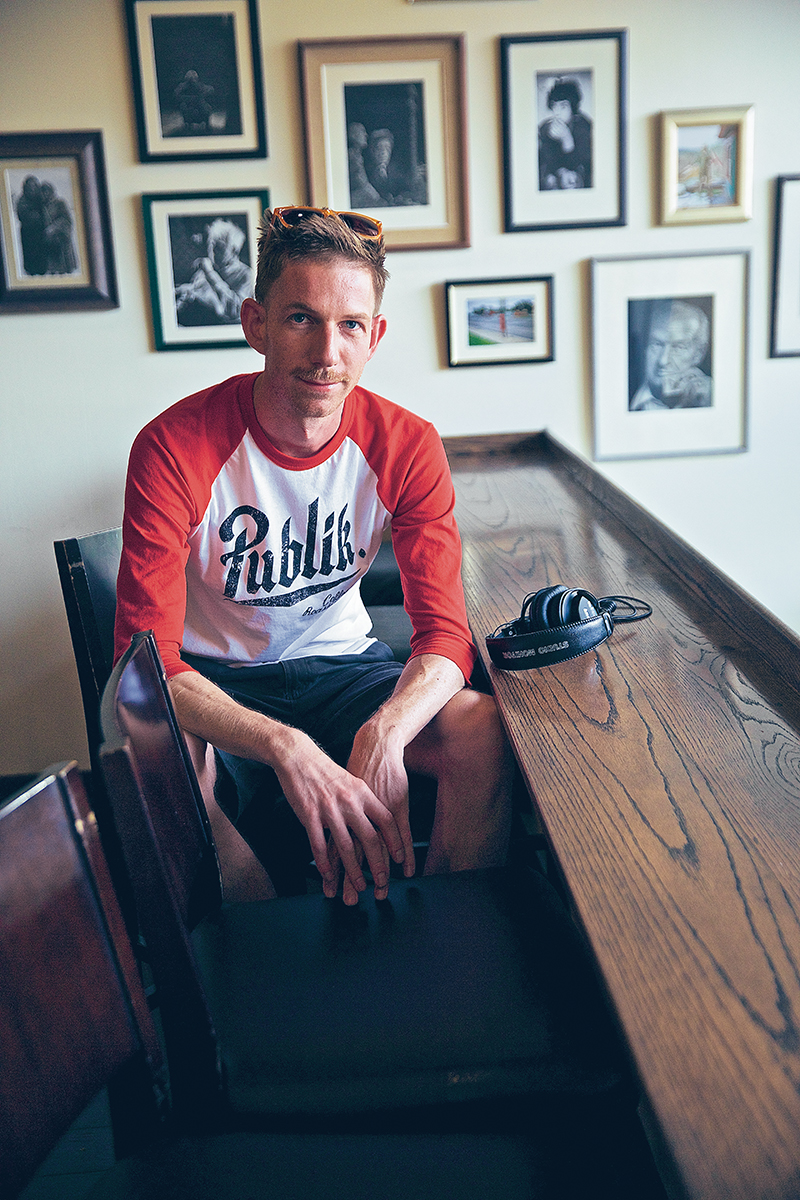 Nick James is a DJ, writer, hairdresser and entrepreneur from Salt Lake City. As the current owner of both The People’s Coffee and its neighboring salon, Nick James Hair, James’ live performances have become rarer in the past few years. However, the Craft Lake City DIY Festival will be getting the opportunity to hear a custom-made set from him on Aug. 8 at 9:30 p.m. James’ passion for music started at a young age. “I was the youngest DJ to have a radio show on KRCL when I was 19,” he says. “I basically had the 3 a.m. to 5 a.m. slot on Friday nights and played a lot of hardcore drum and bass stuff with French electropop—it was fun.” Not too long afterward, James began expanding his involvement by writing for SLUG as well as DJing at different clubs and parties around Salt Lake. In the mid-’90s, Salt Lake was experiencing a huge influx of house music, and James found himself as one of the region’s leaders for the movement.

“I used to play at The W, which had these parties called I Love Ibiza,” says James. “Basically, they were run by a United Airlines Pilot, and he would bring in these world-famous DJs on their way to New York or LA … and so we were these young kids opening up for a lot of big-time names, and that’s where I met Jesse Walker.” Walker and James would go on to become musical partners and release their hit “Just Wanna Dance.” This earned them national recognition as well as inclusion in SPIN magazine as prominent Mountain West DJs.

James explains that he’s inspired by classic African disco, French pop and its many spindling branches, citing artists like Grant Nelson and Cerrone as his main influences. “DJs are not musicians,” says James, a little bit tongue-in-cheek. “We’re like karaoke machines, and I just happened to curate a very fine collection of sounds.” However, James’ tastes in house music have now become an eclectic assortment that are hard to find in Salt Lake (if anywhere). Especially in the genre of house, many of the disco-inspired musicians have become hidden in the current rise of more organ-based and aggressive styles of dubstep and trance.

These days, James performs solo shows once or twice a year when he can. Thus, we’ll be hearing a special performance at his upcoming set at the DIY Fest, which will feature lighter sounds, such as Latin-based dance music and vintage disco, intertwined with his house style. Our advice is to get out there early on Saturday and wear shoes that you can boogie with.