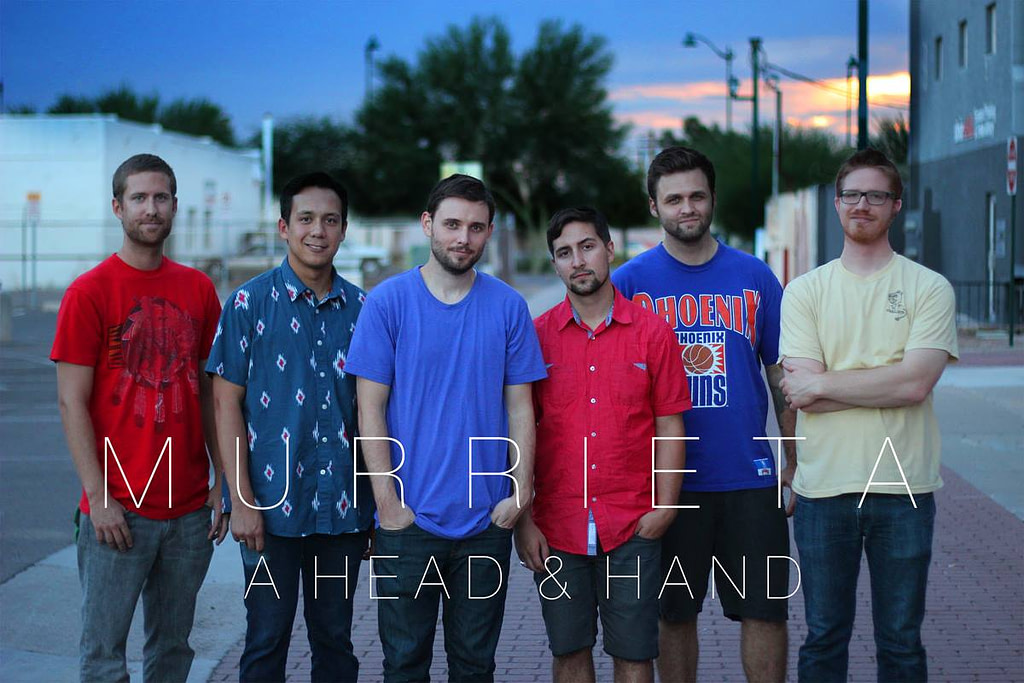 A Mexican bandito by the name of Juaquin Murrieta came to America in the mid-19th century for the California Gold Rush. His family was raped and pillaged by a group of American colonizers and ultimately, his entire family was killed. The perpetrators left him for dead. Murrieta swore revenge. He tracked the men down, and all 39 of them were slain by his hand. He disappeared and was never captured by U.S. authorities. This story was told to me by a band that decided to name themselves after a man they consider a hero.

With only six months together in their current form, they appear to be a very determined group of musicians. Keith pointed out, “None of us really have anything going for us but music. It’s what we put all our time into.” They all seem to share the same sentiment. “We’re not about becoming rock stars,” Tom said, “But we’re dead serious about our music.”

We began to speak of the local music scene and how they feel about the direction Salt Lake is taking. “Three years ago, Salt Lake was nothing,” Randal clarified. “We’ve got to give credit to bands like The Used, The New Transit Direction and Hudson River School for making it a better scene and easier for us to do what we do.”

I’ve seen them play a number of times over the past few months and have noticed a constantly elevated amount of zeal in their performance. They gave me a two-song EP, which I found to be a surprisingly polished recording. The instruments and vocals are all clearly distinct. The strongpoint of their music is that they seem to have the rare ability to know what to leave out. They allow the music to breath, not confusing the listener with unorganized walls of sound.

Check out Murrieta’s sounds on the web at www.purevolume.com/murrieta. If you like what you hear, or you’d just like to further speak with a member of the band, email them at band@murrietamusic.com.

Murrieta will be playing live at Kilby Court on Aug. 16 with The Old Crowns (former Apple Seed Cast) and Take The Fall.