00:00 / 20:24
Spotify Stitcher
RSS Feed
Share
Link
Embed
The last three years have kept the members of the Dandy Warhols busy on various projects, but the most interesting project has been frontman Courtney Taylor-Taylor’s graphic novel, One Model Nation. The book was originally released in 2009 and is now being reissued as a special hardcover edition. A companion album, One Model Nation TotalWerks Vol. 1 (1969-1977), is also being released.

One Model Nation Under Courtney Taylor-Taylor 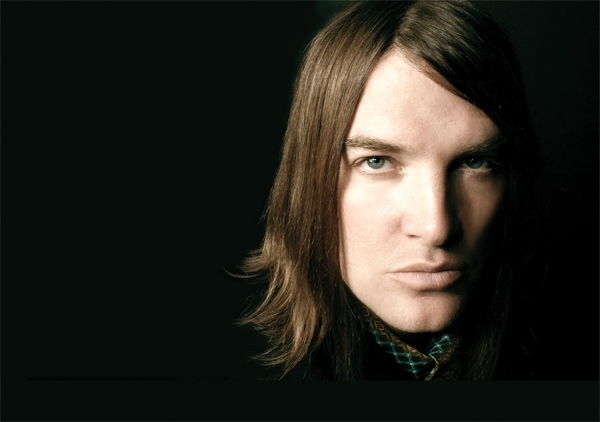 The year was 1997. My friend Stefan asked if I wanted to check out a Portland-based group, The Dandy Warhols, at Liquid Joe’s. Their song “Not If You Were the Last Junkie On Earth” was a hit, but that wasn’t the reason I ended up going. You see, I was finally 21, and any opportunity to catch a band in a bar was part of my new lifestyle. That night, I became a Warhols fan and developed a slight crush on front man Courtney Taylor-Taylor. Courtney and Courtney sitting in a tree, K-I-S-S-I-N-G. Since then, the band has released four more albums and was a focus of the 2004 hit documentary, Dig!

The last three years have kept the members of the Warhols busy on various projects. By far, the most interesting project has been Taylor’s graphic novel, One Model Nation (OMN). OMN was written by Taylor with the help of actor Donovan Leitch and illustrated by Jim Rugg (The Guild, Street Angel). The book was originally released in 2009 and is now being reissued as a special hardcover edition. A companion album, One Model Nation TotalWerks Vol. 1 (1969-1977), is also being released.

The book is a story of a fictional electronic art-noise band named One Model Nation. The fictional band members become figureheads of the youth in post-war Germany in the ’70s: They play illegal concerts that lead to violent conflict with the authorities. Amidst the chaos, they are accused of being involved with the Baader-Meinhof Gang. The Baader-Meinhof Gang (also known as the Red Army Faction or RAF) was an actual left-wing terror group that existed in Germany from 1970 to 1998. Taylor and Leitch liked the idea of pairing dark, violent historical events with the art music scene. “The Baader-Meinhof Gang dominated our research of the period. Ten years of interviewing people who were there and some who were actual players developed the background until it became a twisted and scrunched version of actual history,” Taylor says via email.

It’s obvious the fictional band Taylor created is modeled after the influential and experimental German group, Kraftwerk. In the ’70s, Kraftwerk became music pioneers by popularizing electronic music, and they continue, today, to revolutionize the genre—Do yourself a favor and pick up Trans-Europe Express. Both bands incorporate the use of robots onstage and draw inspiration from bicycles. OMN record at Klang Klang Studios, just as Kraftwerk records at Kling Klang Studios. They even share a few names: Ralf, Wolfgang and Karl. “The differences between Kraftwerk and OMN are very slight because I like it that way,” Taylor says. “It amuses me.” When it came to bringing OMN’s music to life, Taylor and Leitch enlisted the help of John Fell, co-owner of Main Drag Music. They recorded over a three-day period and believe that the end result turned out exactly as they wanted, a real showcase of the fictional OMN material in a “hits” collection. The music is the polar opposite from what one would expect to hear from Taylor: It’s minimalist and industrial. “It was pure experimental, and thus purely a pleasure. In this band, I’m more of just a tinkerer and clangor-banger,” says Taylor.

At one point in the graphic novel, the band travels to England to perform on the show Top Of The Pops. Afterward, at a party, the members meet one of their biggest fans, David Bowie. Taylor himself is a friend of Bowie. “[Our friendship] is enlightening and frustrating. I couldn’t help but pry some bits of wisdom out of him. He’s smart enough to know that influencing others is dangerous, and should be avoided in life if one doesn’t want to deal with ‘unforeseen consequences’ that invariably come with other people and their expectations. Unforeseen consequences, that’s a huge theme in OMN. Problems arise from reactions of other people,” says Taylor.

With social upheaval themes and the youth striving to fight back throughout the book, one can relate it to the current Occupy Movement. “The [Occupy] Movement has proved, in my mind, that the Internet is doing a great job of connecting people who want to be informed.” Taylor continues, “People are pissed off. What hasn’t happened is any reformation of the dirtbag top One Percent. Where are the people who can bridge the gap and use this power only for good? This is just the first in what will be a series of large-scale political movements in the right direction. It’s just waiting for a charismatic [person] or someone to do something really good and fix a lot of this fucked up shit.”