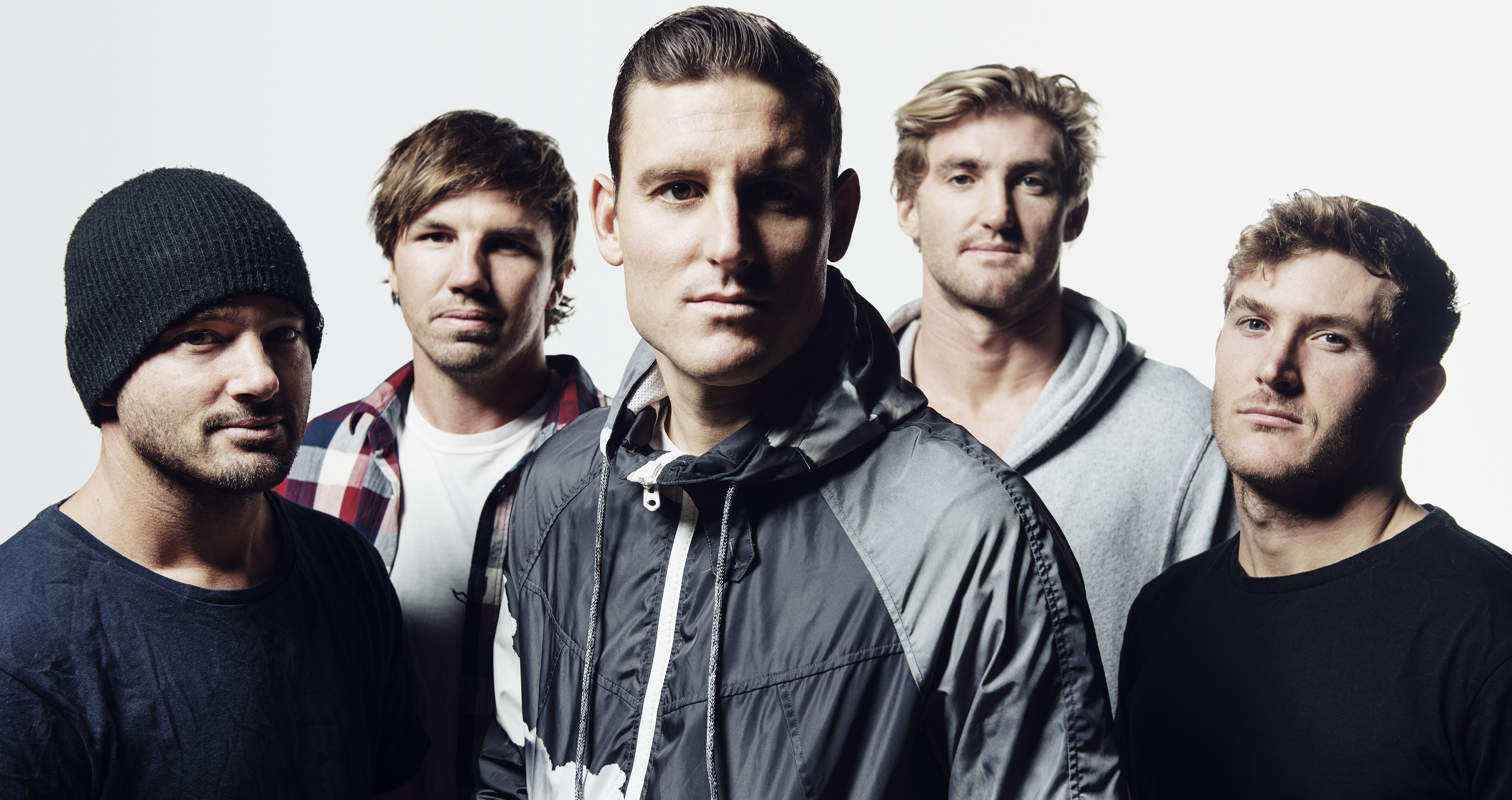 As one of the biggest hardcore bands charging out from Down Under, Parkway Drive have garnered millions of fans and with the release of their fifth album, Ire. Their staying power is as eminent as ever. Keeping pace with their voracious touring schedule, lead singer Winston McCall managed to find some time to answer a few questions on how the band feels about where they are now and what the next 10 years hold for Parkway Drive.

SLUG: There are a lot of great bands coming out of Australia in the metalcore/hardcore genre. What’s the scene like down there? Are you still in touch with it? What do you think seperates your band from other Aussie bands?

Parkway Drive: Australia has always had a really strong hardcore scene, even before Parkway started. The strength has never necessarily been represented by the amount of exposure, but the quality of bands and the passion has always been really amazing – we grew up listening to more local hardcore bands than international ones. These days, it’s a lot more popular – the world shifted a lot more toward Australia, and it’s great to have the spotlight because now more bands are able to get out and tour internationally.

SLUG: What do you think separates your band from the other Aussie bands?

Parkway Drive: I guess experience. We’ve been doing this for 12 years and we’ve gone through one of the biggest upheavals when it comes to music consumption – that being the digital/online revolution. That really puts it in perspective to a band that’s only been around for a couple years – there is much more of a physical aspect to being a band as opposed to an online presence.

SLUG: It’s been 10 years since the release of Killing with a Smile. Is there anything special planned for its anniversary such as playing it live in its entirety?

Parkway Drive: No, not really. We generally look forward rather than back and, considering that we’re five records in, if we were to do anniversaries for every record, we’ll be doing an anniversary tour every couple of years. While we do like the record, we’ve definitely moved past that a long time ago and look back on it with fond memories while, at the same time, we find more of a connection and relevance with the new material because it’s a closer representation of who we are now.

SLUG: You’ve just released your new album Ire. What was different in creating the album musically and lyrically? What do you think makes it stand out from previous releases?

Parkway Drive: Musically, it was a massive change. Basically, this album came about from us feeling that we gained everything that we could creatively from the previous four albums. If we made another album of the same style, it would just be a pale comparison of everything we’d done before and we wouldn’t be able to put the passion into it that we wanted to. So we used more eclectic influences and used them to a far greater degree than we have done in the past. Lyrically, it’s the same way I have written everything in the past, but when it came to the vocal delivery, it was much more varied than anything I had done before. It was literally an album that was written over a very long period of time and took a lot more focus than anything we had written before, simply because we wanted a new sound that wasn’t a complete departure from everything we still love about the band, which is heavy, interesting, melodic music.

SLUG: How have fans reacted to the new material so far? What songs get them the most fanaticized? Which ones are your favorite to play live?

Parkway Drive: So far this has been the best-received album we’ve made. It’s not like we try to write music to please other people – it’s actually quite the opposite – but it’s always very nice to have people take the time to listen to anything we create. It’s just a nice feeling to know that people appreciate it. Live, these songs went from never being played to being the best ones on the set immediately and there are songs that fans are screaming at us to play live, which has never happened before. So far, I love playing “Bottom Feeder” and I like playing “Crushed” – It’s one of the hardest to play – it takes a hell of a lot out of me every time I play it.

SLUG: How is the tour so far? Your tour is going well into spring of next year. Is there more interest to tour after that or is it back in the studio for you guys?

Parkway Drive: We never stop touring, to be honest. We don’t play “fast food music” – the idea that the cycle speeds up to the point where we are releasing an album every year. I don’t think we can release anything of quality in that amount of time. We now have the option to vary the set because we have so many songs that people want to hear and we can change it at the setup. We’re definitely still writing but at the same time there is no rush for us to run back in and record until we are ready.

SLUG: What are your impressions of SLC and our scene? I mean, you guys keep coming back and people really like you guys over here, so it must be good.

Parkway Drive: Salt Lake has always been wild for us – I don’t think we’ve ever played a bad SLC show, which is very nice. Kids always go nuts – you’ve got a reputation for crazy shows and have yet to fail us on that front. We can’t wait to be back and we just hope it’s not freezing.

SLUG: You’ve got 10 years down. What do you think will keep PWD going for another 10 years?

Parkway Drive: That would be really awesome. This record feels like rebirth – like we’re starting another era with this band. If it all ended tomorrow, we’d be stoked with what we’ve got, but we’d love to keep it going for that long.

Parkway Drive play In The Venue on Wednesday, Dec. 2 with support from Miss May I, They Art is Murder and In Hearts Wake.