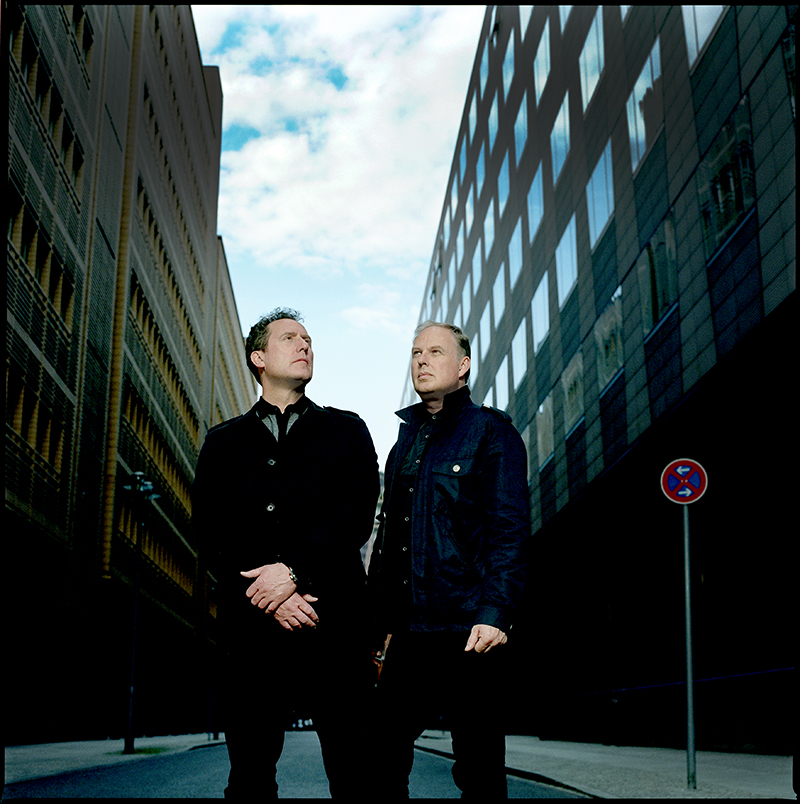 Paul Humphreys + Orchestral Manoeuvres in the Dark: The Future, the Past and Forever After

“I don’t think we ever saw him as a rival,” Paul Humphreys, keyboardist, occasional singer and co-founder of Orchestral Manoeuvres in the Dark, says of Howard Jones. “There were quite a lot of us. There was Howard, there was Depeche [Mode], there was Human League, there was Erasure and we were all competing in the electro sort of genre if you like, but it never really felt like a competition. In fact, we’ve always loved what these other bands have done. I think it was the same for all of those other bands as well. There was nothing negative about it. It spurred us to want to do better than the other bands, but in a nice way.”

The question has come up because I recently read an article by Bob Stanley, Saint Etienne’s co-founder and pop music historian, in The Guardian about OMD’s commercial suicide (aka 1983’s Dazzle Ships) that suggested that Howard Jones’ success—a debut album called Human’s Lib that spawned numerous hits and shifted a mountain’s worth of vinyl—had something to do with Jones being “considerably more pliable and predictable than OMD.”

Seeing as Jones and OMD are in the middle of a cross-country tour of America with the Barenaked Ladies, it seemed a brief return to the mindset of 1983 was in order. Not to mention only a handful of weeks ago, OMD found themselves playing Dazzle Ships in its entirety at London’s Royal Albert Hall.

“We love Howard,” Humphreys says, “and it’s great to be on the road with Howard because I hadn’t seen him for ages, and it was great to catch up. He toured with us a few times in the U.K. in the ’80s.”

Since 2012, Barenaked Ladies have spent their summers, save 2014, on The Last Summer on Earth tour (apparently, they have Westeros summers), where the band rolls its way across America with a pair of their favorite bands. Past tours have featured the likes of Blues Traveler, Cracker, Guster, Ben Folds, Violent Femmes and Colin Hay of Men at Work. Most of those bands make sense, although last year’s Femmes and Hay pairing might have foreshadowed the unexpected combination of this year’s openers Howard Jones and Orchestral Manoeuvres in the Dark.

The unusual nature of the lineup isn’t lost on Humphreys. “With the Barenaked Ladies, it’s a different genre, really, to us and Howard. Somehow it kind of fits together. It’s like a traveling festival where there is something in it for everyone. We had to think long and hard about doing it. We thought, ‘Would this really work?’ But it is really working. Howard is joining them during their set. We have Kevin from the Barenaked Ladies playing with us on a song. It’s all joined up really. So it all seems to strangely work—far better than I ever imagined it would work, to be honest with you.”

Still, the fact that the shows seem to be working doesn’t exactly explain why OMD was tempted in the first place.

Humphreys explains that since reforming the band with Andy McCluskey a decade ago, OMD have been able to play sold-out tours in decently sized venues up and down the East and West Coasts and a handful of cities like Chicago, Salt Lake and Detroit. They haven’t played Middle America since the ’80s.

“This gives us the opportunity to play to a broader audience,” says Humphreys. “People who come to see the Barenaked Ladies may not have come to an OMD show before.”

As for who is turning out to their shows, Humphreys reveals that in Europe, their core audience has a much older demographic made up of people who became fans primarily in the ’80s. In America, they’ve noticed that the crowds tend to be a far more balanced mix of older and younger fans. “It’s hard to analyze exactly why that is,” says Humphreys. “I think Pretty in Pink, the movie, has transcended generations. It has cult status. A lot of young people have discovered the film and love the music in it.” Humphreys suggests that the younger fans might also be a product of newer acts listing OMD as an influence.

Talking to Humphreys is easy. This is the second time I’ve interviewed him, and whereas I remember our first conversation to be fairly insightful, it was focused primarily on what was then their big comeback album, History of Modern. Five years removed, our conversation takes on more of a retrospective tone. I point Humphreys in a direction, occasionally guiding him through the memories.

Paul Humphreys + Orchestral Manoeuvres in the Dark: The Future, the Past and Forever After
Page Two >>>