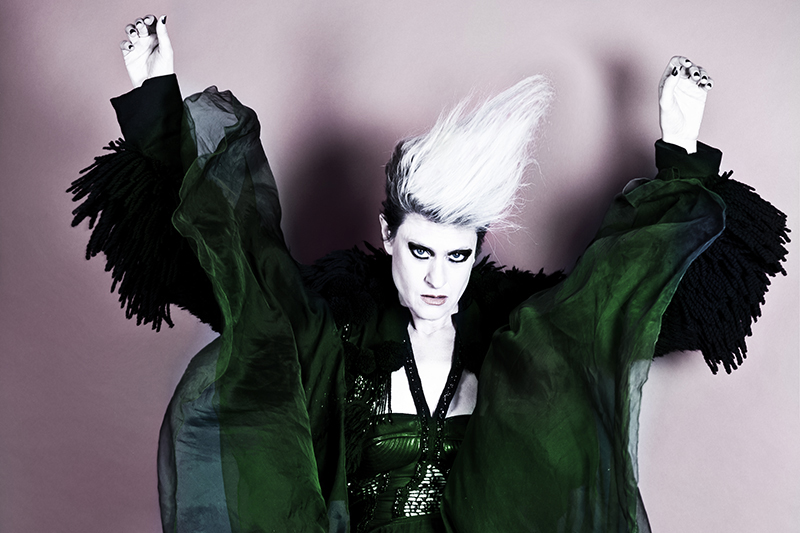 Leading the conversation on sexual orientation and gender expression in the music world for more than two decades, Peaches is again out pushing her unique brand of punk electropop. With her most recent release, Rub, Peaches has a lot of things to teach us. A layered cake of linguistic tongue spasms and pelvic bass beats, her new release is The Teaches of Peaches on steroids. Heavy bass lines and insatiable hooks pepper this 11-track album, each a masterful example of Peaches’ craft. SLUG got the chance to sit down with Peaches and discuss what inspired Rub, what she’s been listening to as of late and her perspective on the recent progress for the LGBTQ community.

SLUG: What were your inspirations for Rub?

Peaches: When I made Teaches of Peaches, which is the first album I made [as Peaches], my idea was very minimal sound, maximum amount of power— very direct lyrics with awesome wordplay that made you think and laugh and dance and want to sing along. I think I achieved that and the nastiness, but I never achieved the high-quality big bass that I wanted. So I think, rather than making a classic Peaches album this time around, I got the wordplay and the nastiness, but also the high quality of the bass sounds. It’s sort of like the dream version of Teaches of Peaches.

Peaches: I don’t know. I think everyone has their own experience. I, personally, would rather meet someone in a room with a mouth and have some kind of chemistry. It’s a little different for me with Tinder—being a sort of semi “people know who I am.” I’ve tried Tinder and have had some very strange experiences, obviously directed [at me] being Peaches. For me, it doesn’t really work, but I do enjoy using social media, things [where] I have established some sort of relationship. [I’m not] opposed to it—I think it’s really helpful, especially for people who are traveling a lot. You can see the other person and have a relationship. Obviously, it’s two-dimensional. You can’t smell them; you can’t touch them; but there are ways to. There is good and bad.

SLUG: Your music has a sexually empowering tone to it, as opposed to sexually objective. Do you ever think mainstream pop’s more sexually explicit music will ever shift to an empowering perspective?

Peaches: I think that’s kind of changing. I think you can see the change in what Rihanna is doing. You know, the mainstream doesn’t care about that shit. Nicki Minaj blew it out, didn’t she? Hip-hop, the straightest, most misogynist [genre] and she just blew it out.

SLUG: I think Minaj is a great example of that, but then you still have your straight, white, male country—the Tim McGraws of the world talking about their simple women world.

Peaches: Well, there have been no qualms [regarding] that I’ve said that women have had their sexual revolution, but men haven’t. If we’re going to have a change and move feminism forward and make it humanism, then men need to check their position and their attitude, and I’m not just saying it’s their fault. We talk about how women are told to grow up—men are told to grow up a totally different way, and they should check that too. Let men look at themselves and change it, or there is never going to be an equality.

SLUG: What has it been like watching the debate on sexual expression and gender identity pushed to the point where it is now?

Peaches: It’s pretty exciting. There has been so much discussion around it. That’s exciting for me. I also have to say that you have to keep an eye out and not say, “Yes! It’s done!” A lot of things are trends—the media has its trends. It might be something that’s talked about—gender fluidity and feminism is quite popular right now. Next year, maybe it isn’t. We just have to be careful that we don’t feel like it’s a blanket and everything is fine now. You’ve still got Kim Davis. You still have the Pope relating trans issues to nuclear war, which makes no sense to me. He’s saying we’re obliterating the human body and their rightful way of conducting themselves.

SLUG: Well, we’re pretty excited to see you come play Salt Lake City. You have a quite a large following among the noise punk community.

Peaches: What about all the Mormons? Are they coming out?

SLUG: You never know—you’d be quite surprised.

If you have single rhythmic bone in your body, if you like music that flexes lyrically, if you want to be awed by the unequivocal pussy-power of Peaches, come to her show on Nov. 10 at Urban Lounge with Cristeene.