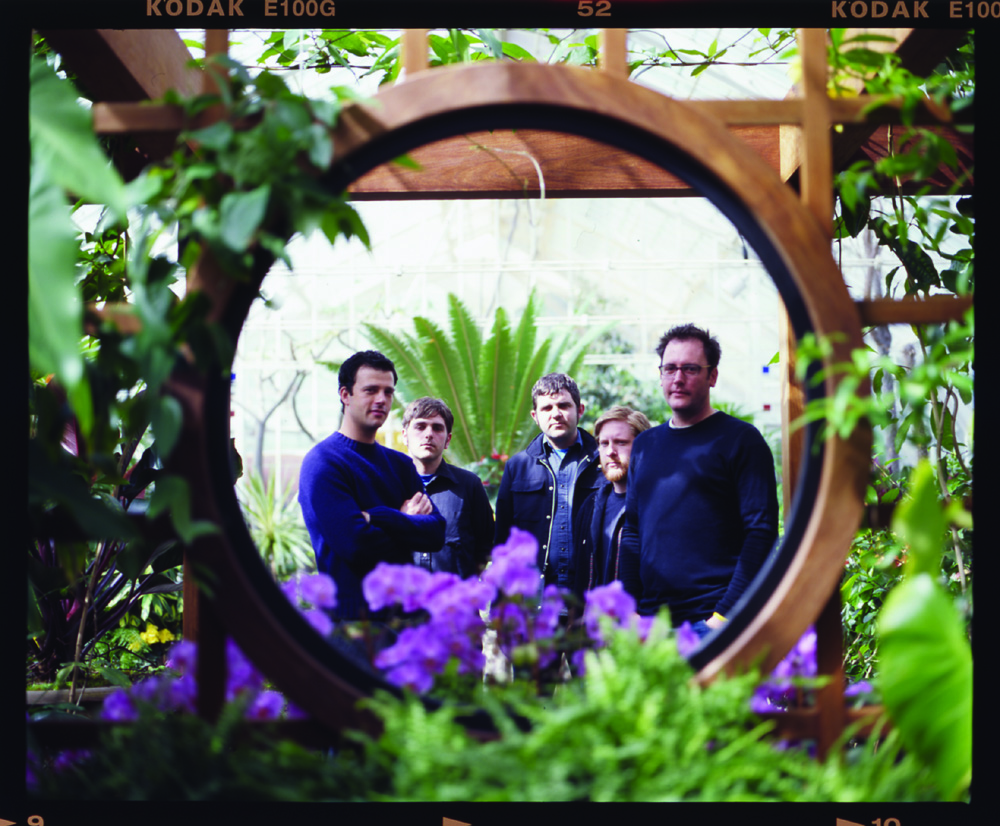 Picking Up the Pieces with The Jim Yoshii Pile-Up

Picks Us Apart, the new album from The Jim Yoshii Pile-Up, serves as a memoir for Paul Gonzenbach (lead singer/songwriter) and his summer 2003 bout with severe mental illness. The songs have cold, disturbing lyrics painted beautifully on the canvas of intelligent pop music. The messages of grief and despair are unpretentiously laid out before you as if you were watching your best friend contemplate jumping from the top of a building on a beautiful afternoon. Picks Us Apart is not all doom and gloom: There is a lot of hope in the unspoken lines.

The music of JYPU is at times mellow and lush but can also be fuzzy and angry. The lyrics are, for the most part, autobiographical, similar to the lyrics of the Red House Painters; they also have the disposition of Joy Division, and can be brutally cynical, much like Morrissey.

I talked to the lead singer/songwriter Paul Gonzenbach about touring, songwriting and the homoerotica of Elvis Presley:

SLUG: How’s everything going with the band? Are you getting ready to tour?
Paul Gonzenbach: It’s going pretty well. We’ve been practicing most nights. We hadn’t really practiced in about a year, because when we were recording, we weren’t practicing or playing shows or anything, so we’re just sort of getting back into playing together and it’s really nice.

SLUG: While you’re touring, do you make any time to write new material?
PG: Writing tends to go on the shelf when we’re touring or when we’re recording. When you’re sitting in a van and you’re dirty and hungry and tired, and somebody else is blasting the stereo so that they’re not falling asleep while they’re driving, the last thing you feel like doing is getting out your guitar and writing something.

SLUG: Let’s talk about your new album. What went into making this album?
PG: All of us individually, without talking to each other, were sort of feeling that we didn’t want to make another record that sounded like Homemade Drugs. And we just sort of assumed that the other people in the band wanted to do the same kind of record again, and so a lot of us were considering not making another record and quitting the band. We finally sat down and talked about it and we found that everyone was on the same page, but we were still very much hesitant. We said, “If we try and do something different and it doesn’t work, then we just won’t make another record.” But, as it turns out, when we started writing songs together, we were all really, really excited about them.

SLUG: Really?
PG: “The warden threw a party at the county jail.” Just because it’s just so ridiculously homoerotic, and the whole premise is there in the first line. So I decided that I was going to write a song sort of poking fun at that. But when I went back to finish it, the whole story developed. I don’t know if it’s still this way (in America), but I know it is in Britain: If you have a terminal illness in jail, they send you home to die. This whole narrative came out about some guy with AIDS who’s dying, and he is sent home to die.

SLUG: I read the track list, and I saw “Jailhouse Rock” and I immediately thought that it was going to be a hillbilly song.
PG: That’s the other really funny thing for people who know us; the idea of us covering “Jailhouse Rock” is pretty funny in and of itself, so that [was] another reason why I wanted to steal the name.

SLUG: Does the album flow chronologically?
PG: To me, it seems like a lot of the more lyrically brutal songs are more toward the beginning. The first song, “A Toast to the Happy Couple,” is lyrically the most blunt, and the most brutal, and the most angry, and that is the first song on the record. Then the album goes into “Jailhouse Rock,” which, despite its funny moments, is pretty bleak. “Heart My Home” comes next and it’s also really pretty and frilly, but the lyrics are in some ways darker than the first song. There is kind of a progression from this really angry, bitter stuff at the beginning towards this more peaceful understanding near the end.

SLUG: Do you think that’s kind of biographical of how things happened for you in 2003?
PAUL: I think that progression from all of those really intense emotions, you never give that up, is still always there; you understand a little more about it and learn to live with it, which is really what the last song is about.

The Jim Yoshii Pile-Up has recorded with Christopher Walla (of Death Cab for Cutie), Xiu Xiu and members of The Swords Project. They are about to embark on the most extensive tour they have ever done to support an album. JYPU will be playing Kilby Court on 08.08.