Blazing a checkered trail through North America, the Ska Revival Tour is about to land on the salty shores of Salt Lake City on August 6th. While ska music has not died out, this revival tour seeks to shine a spot light on an otherwise overlooked and perhaps under appreciated genre.

Prelude to Invasion: Questions for Another Ska Revival. 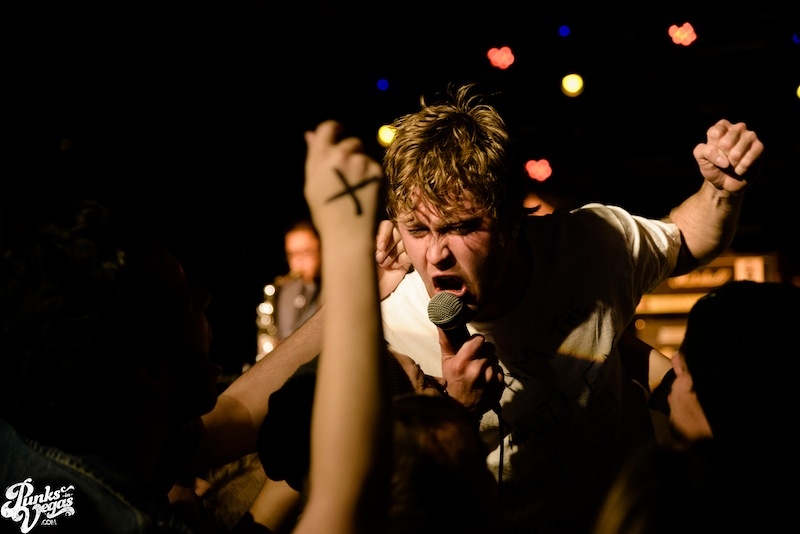 Be Like Max and the Ska Revival Tour are blazing their checkered trail through Salt Lake on Aug. 6. Photo: Steven Matview

Blazing a checkered trail through North America, the Ska Revival Tour is about to land on the salty shores of Salt Lake City on August 6th. While ska music has not died out, this revival tour seeks to shine a spot light on an otherwise overlooked and perhaps underappreciated genre. Be Like Max, The Last Slice, The A-OKS, Survay Says! and local group The Anchorage will be taking over the Shred Shed for what is surely to be an electrifying fun filled night. Taking a break from instigating contagious outbreaks of skanking and circle pits, Charley Fine (of Be Like Max) gives SLUG the word on what’s been happening and what’s to about to come.

SLUG: How is the tour going so far?
Be Like Max: Tour is great so far! We are having a great time with the bands and the ska fans playing mostly DIY spots in front of underground scenes.

SLUG: Have you received good turnouts during the tour?
Be Like Max: Like most tours featuring DIY bands, you will have some not so great turnouts (it happens). But, for the most part The Ska Revival Tour has been a success! A bit of crowd surfing, stage diving, skank pits, sing-alongs, and beer bongs on stage about sums up what I’ve seen so far.

SLUG: What’s the craziest thing to happen so far?
Be Like Max: Well, I won’t mention which city, but we did have a bit of craziness at one of the after parties. Some drunk asshole decide to pull out a gun and start waving it around. No one was hurt and the man with the gat eventually removed his bullets and left the party, but it was, I would say, the craziest moment so far.

SLUG: In the promotional video for the tour, it is mentioned that “it feels like the right time something’s brewing” in regards to a SKA Revival. Why is it the right time?
Be Like Max: I think we all got the feeling that something was brewing when all of our bands started to meet and play shows together. This is not one band’s first tour, so you see we’ve all been trying and working hard to keep ska/punk alive and well. Be Like Max has done runs with Survay Says, The A-Oks, and The Last Slice already, so we are all the best of friends anyway. There are bands scattered around the country just like us, who work hard on their own to set up DIY tours and play ska/punk. With little to no support from the industry we all have to support each other, and that is what the Ska Revival Tour is. The new generation of ska bands who want to see the music we all fell in love with surviving to see another day.

SLUG: How did all the groups connect for this event?
Be Like Max: A gentleman by the name of Tom Chichla was really the mastermind behind the Revival. Early on plans for Chichla included reaching out to the tour headliners Survay Says!” and The Last Slice. From there the headliners along with Chichla built tour support by simply reaching out to friends. As I mentioned before we already have history with both those bands, they know we work hard and care, so they called us for the West Coast leg of it all. Bands with a reputation for touring and playing killer sets were in a way selected.

SLUG: Are the groups that sign up mostly ska-punk bands?
Be Like Max: Yes, most of the bands on tour are ska/influenced. The Last Slice are a two-tone ska influenced group, while The Snails, out of Philly, will stick to the roots, but needless to say you will hear punk at the shows. It is important to understand though that all of the bands are different. Be Like Max plays punk while sticking to good old ska styles throughout the entire set. Survay Says has a newer approach with ska and plenty of pop-punk throughout their set. The A-Ok’s remind me a lot of bands like Fishbone and Bomb The Music Industry showing ability to explore their creative and artistic elements. Come to the show and see for yourself what ska bands these days are coming up with.

SLUG: What is ska-punk in contrast to traditional ska acts like The Skatalites?
Be Like Max: Describing what ska-punk is in compared to traditional styles of ska/rocksteady/reggae is in a lot of ways like trying to describe what punk is in general. How many different interpretations of punk are there now, like a billion and a half? My whole life I’ve heard people in the scene mention how ska/punk bands aren’t ska, don’t deserve to be labeled in the genre, and blah blah bloobady blah. To me (and this is my personal opinion) I hear the ska, I hear the punk, and I fucking love it.

SLUG: How do you determine if a band is a good fit for the tour?
Be Like Max: This is really a question for the gentlemen behind booking the bands and the shows. However, I feel there is a new generation of Reel Big Fish, Mad Caddies, and Mustard Plug. That’s what the tour was looking for and that’s what the tour found.

SLUG: What can readers expect when the tour comes through Salt Lake City on August 6th?
Be Like Max: I’m glad you ask this question because my band loves playing SLC. To the readers, know you have an amazing ska scene. There are a lot of people who listen to a well-known ska band and every now and then show up to a well-known show. What I’m sure many don’t understand is you have local bands too! Bands like The Anchorage (who will be playing with us on the 6th), Show Me Island, and Bombshell Academy are all worth your time I promise. There’s a beautiful world out there in underground local music, and I encourage you to go support your city’s music.

SLUG: Are there any plans to do something else after the tour?
Be Like Max: The Ska Revival brand specifically doesn’t have anything to announce. But, as far as the bands involved are concerned, our plans are to continue trying. Bands will continue to tour, work hard, write music, and support each other until the movement is back where it needs to be.